The film critic Roger Ebert famously called the “Up” series “an inspired, even noble, use of the film medium.”

It started, accidentally, in 1964, when the British TV program World in Action profiled 14 seven year olds with the aim of discovering how social class shaped their worldviews. There was no intention of going beyond that one episode, called Seven Up! 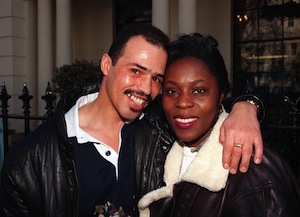 Symon has faced the death of his mother, the births of his children, unemployment, divorce, and re-marriage (to Vienetta, at right). Though never economically successful, Symon's life reveals the importance of family and social connections to a happy life.

But then director Michael Apted profiled the same group of children seven years later, in 7 plus Seven—and he has returned to this variegated crew of Brits every septenary, asking them roughly the same questions.

The series has enormous cumulative power. Millions of viewers have seen these 14 people from different backgrounds grow up and grow old, revealing the long-term trajectory of ordinary—if highly examined—lives. In the newest installment, being released this month in the US, we check in with participants at age 56. (You can stream the entire series on Netflix or catch some of them on youtube).

As they enter their autumn years in 56 Up, the themes of the series have gone well beyond the United Kingdom’s class structure, to raise much more fundamental questions about happiness, relationships, purpose, and commitment.

In re-watching the series and seeing 56 Up in the theater, I was struck by the fact that the series brings to life insights that we might dismiss as clichés—if they weren’t so bloody hard to live by. And indeed, each of these seeming clichés illuminates recent advances in the science of a meaningful life. Here are five of them.

Through the years, we’ve seen the participants experience deaths, divorce, and dramatic career setbacks. We’ve also seen them get married, have children, and prevail against adversity. Over and over, we’ve seen the participants believe negative events meant their lives were finished—one has even considered suicide—or that positive ones would lead to permanent happiness.

Time has proven both views to be incorrect—an insight validated by the research of psychologist Sonja Lyubromirsky. “Nothing is as joy-producing or as misery-inducing as we think it is,” says Lyubromirsky, author of The Myths of Happiness. “There’s no sort of sure course to happiness, and there’s no sure course towards misery either.”

In most cases, people will gradually return to their personal “baseline” of happiness after a triumph or a tragedy. The key to happiness, argues Lyubromirsky, is to raise that baseline by cultivating an approach to life that emphasizes appreciation for the good things, as well as qualities like forgiveness and compassion. Psychologist and Love 2.0 author Barbara Fredrickson has a different take: She suggests that simply cultivating positive experiences, especially with people you love, will “broaden and build” your resilience.

That’s what the science says—but I think it’s somehow more reassuring to see these insights revealed in the lives of real human beings in the “Up” series.

The most troubled—and compelling—participants in the series are the ones are also among the most grateful for what they have.

Jackie, for example, was saddled with raising three boys on her own, suffering broken relationships, health problems, and chronic unemployment. And yet in 56 Up, she speaks movingly of the support she’s gotten from the people in her life and from the government, and is careful to appreciate what she’s gained through motherhood.

Another participant, Neil, suffers severe mental illness and has been homeless and suicidal for long stretches of time. But Neil also provides the audience with many moments of grace, as when he recounts how grateful he is for long walks and conversations with friends.

This sense of gratitude contributes powerfully to the resilience of Jackie and Neil—and reveals, in visceral ways, the insights that arise from the new science of gratitude.

As psychologist Robert Emmons writes, “We’ve studied more than one thousand people, from ages eight to 80, and found that people who practice gratitude consistently report a host of benefits”—including stronger immune systems, lower blood pressure, more optimism, and stronger social networks. “People who live a life of pervasive thankfulness really do experience life differently than people who cheat themselves out of life by not feeling grateful.”

“At 56, for people who put energy into families, there was a big payback,” said Michael Apted after the premier of 56 Up in New York.

I agree with Apted, and so does science. Again and again, the “Up” series reveals how critical friends, family, and social connections are to an individual’s success and happiness in life.
More rigorous longitudinal studies—like the Grant Study, which has followed the same group of 267 men since 1938—have come to very similar conclusions. “The two pillars of happiness revealed by the 75-year-old Grant Study, ” writes George E. Vaillant, “are love and a mature coping style that does not push love away.” This is also one of the most important takeaways from decades of research into positive emotions.

Tony is in many ways the most charming and vivid personality in the “Up” series—but he has also been an unfaithful and unhelpful husband. It’s knowing that history that pushes us to tears when, in 56 Up, he pays tribute to his wife and to the incredible durability of their marriage. The moment appears to catch even Tony off guard—as he tells a story, he seems to suddenly see his thirty-five-year relationship in its entirety, and he stops cold with gratitude toward his wife. Without a wife and children, a man like Tony might have lived a much emptier life.

The series also reveals that divorce need not be the end of family. Many of the boys grew up without fathers and several of them divorced later in life, and yet they have all remained engaged, responsible dads (to biological children as well as to stepkids and foster kids), which reflects a three-generation transformation in fatherhood.

For both men and women, caring for others invested their lives with a meaning that they weren’t able to find in any other activity.

4. Money also matters—but only up to a point.

The series originally set out to examine the long-term impact of social class on happiness and life chances. And it does, in fact, show that money matters.

The kids who started out in the upper class have faced personal struggles, but it’s hard to miss the fact that they have ultimately enjoyed rewarding careers and built stable families. The lower and working-class participants—particularly the women—have faced much more emotional and economic instability, not to mention worse mental and physical health. This is what the research predicts.

But the research also shows that once we secure food, shelter, and a minimum level of comfort, happiness springs from meaning and relationships much more than money. That explains why Symon, who drives a forklift, and Paul, a handyman, seem at least as happy in their autumn years as successful barristers John and Andrew.

“You don’t have to be rich to be happy, but instead be a valuable contributing member to your groups,” says Cameron Anderson, a professor at the University of Calfiornia, Berkeley’s Haas School of Business. “What makes a person high in status in a group is being engaged, generous with others, and making self sacrifices for the greater good.”

5. Don’t compare yourself to others.

Yes, research does find that inequality makes us unhappy—but it turns out that this has little to do with absolute amounts of money. It’s the comparisons that hurt.

In 56 Up, upper-class kid John unhappily mentions how both his oldest friends are now government ministers, so “one can’t help but feel a failure in comparison.”

Indeed, it’s tempting—given the original premise of the series—to measure the participants against each other. Yet to me the strongest lesson we can take from the series is that each life must be judged on its own terms.

For example, if we compare John to Paul, a sometimes-bricklayer from a disadvantaged background, some might be tempted to conclude that Paul’s potential was stifled by a lack of emotional support and educational opportunities.

But as we watch the 56-year-old Paul walk hand in hand with his wife and laugh with his son, daughter, and grandchildren, it becomes difficult to believe that he is truly worse off than John. As a child and young man, Paul fretted that he would never be good at anything. But in maturity he seems to have achieved a measure of peace and self-assurance. Paul has simply stopped comparing himself to others and has grown to accept his life and achievements for what they are.

Even John, at 56, has come to understand the folly of comparing himself to others, concluding, “I’ve wonderful friends, I’m happily married, I’m incredibly blessed in all sorts of respects.” It’s a wonderfully simple summation of a life—and of the “Up” series.

If that sounds trite to you, consider the possibly that you (like me) might be a lot like John. We know, intellectually, that we hurt ourselves with comparisons to others, but we can’t seem to stop. That might be why Roger Ebert calls the “Up” series a “noble” use of film. It invites reflection on the lives of its participants—as opposed to comparison—and so challenges us to examine our own lives.

Want to know more about the science of happiness? This slideshow from “12 Research-Tested Steps to Happiness” illustrates happiness activities you can start practicing today.

Do more activities that truly engage you

At home and at work, seek out more challenging and absorbing experiences in which you “lose yourself,” experiencing what researchers call “flow.”

Pay close attention to life’s momentary pleasures and wonders through thinking, writing, or drawing, or by sharing them with others.

Keep a journal or write a letter in which you work on letting go of anger and resentment toward someone who has hurt or wronged you.

Do good things for others—whether friends or strangers, directly or anonymously, spontaneously or planned.

Pick a relationship in need of strengthening, and invest time and energy in healing, cultivating, affirming, and enjoying it.

Keep a journal in which you imagine and write about the best possible future for yourself, or practice looking at the bright side of every situation.

Use strategies (such as distraction) to cut down on how often you dwell on your problems, and guard against comparing yourself to others.

Practice ways to endure or surmount a recent stress, hardship, or trauma. 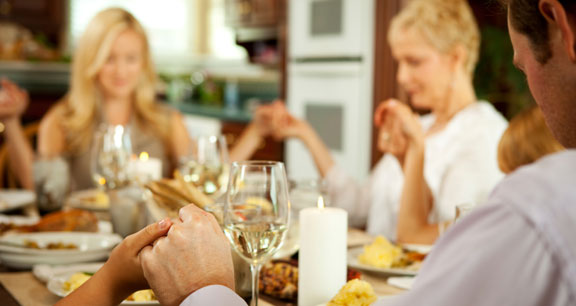 Express gratitude for what you have—either privately, through contemplation or journaling, or to someone else—or convey your appreciation to people whom you’ve never properly thanked.

Religious and spiritual people are happier, perhaps because of the social connections they get through their community.

Commit to your goals

Pick one, two, or three significant goals that are meaningful to you and devote time and effort to pursuing them.

Take care of your body

This could mean exercise, of course, but also meditating, smiling, or laughing.