When the Greater Good Science Center was founded nine years ago, and when Greater Good magazine launched three years later, the science of compassion, altruism, empathy, and happiness was in its early stages. As our center and magazine have evolved, so has this burgeoning science—the “science of a meaningful life,” as we’ve come to call it—thanks in part to technological innovations, particularly in the field of neuroscience; support from funders such as the Fetzer Institute and the John Templeton Foundation; and the enthusiasm and curiosity of a new generation of scientists.

There’s still a long way to go. Researchers are learning more every day about the human propensity for compassion and altruism, and the roots of lasting happiness. As much as they’ve discovered over the past decade, those discoveries are dwarfed by the amount they still don’t know.

Our new Greater Good podcast series will feature leading figures in this scientific movement—researchers, journalists, philosophers, and others—sharing what they’ve learned so far and exploring the provocative questions still unanswered. 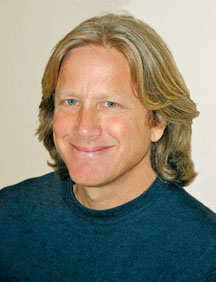 Fittingly, our first interview in the series is with our very own Dacher Keltner, a driving force behind both the Greater Good Science Center and the broader scientific movement of which it’s a part.

For many Greater Good readers, Dacher needs no introduction. He’s the executive editor of our magazine and a co-founder and the faculty director of the GGSC. He’s also the author of the best-selling book Born to Be Good and a beloved professor of psychology at UC Berkeley.

He recently sat down with Michael Bergeisen, the host of “The Greater Good Podcast,” to give an overview of this science and where it’s heading.

You can listen to the interview here, and we encourage you to subscribe to the podcast series through iTunes. It’ll be essential listening for anyone interested in building compassion, happiness, mindfulness, and related qualities in themselves and others.

Below we present a condensed version of their discussion.

Michael Bergeisen: “The Science of a Meaning Life”—that’s the subtitle of your book, and it’s also the tagline of Greater Good magazine. How would you describe the “science of a meaningful life,” and how does it differ from other areas of scientific research?

Dacher Keltner: Well I think there are a couple of reasons why we thought that “meaningful” was a really good thing to emphasize, and one is that what is really meaningful is that which exists between people. One of the strong conclusions that the science of happiness arrives at is that meaningful social connection is the most direct pathway to improving your health, improving your happiness, and improving the strength of your community.

MB: The title of your book, Born to be Good, suggests that you conclude that as a result of evolution, we humans are literally born to be good. What in the science has caused you to come to that conclusion?

DK: The thesis in Born To Be Good often raises eyebrows in scientific circles and among those who are steeped in Western thought, where we tend to believe in Original Sin and the idea that we’re selfish by nature and we’re competitive and the like.

The first thing that really convinced me that we’re born to be good is the paradigm shift happening in evolutionary thought as the result of studies of hunter-gatherer peoples and our primate relatives, which is arriving at this notion: That humans and our hominid predecessors—to get their offspring to the age of viability, get food, protect ourselves and the like—functioned in really cooperative groups that selected for people with the ability to empathize, the ability to be kind to strangers, the ability to reconcile in the face of conflict.

These studies, which I write about in Born to be Good, support the conclusion that being good is not a luxury or an opportunity we have in times of ease. It’s an evolutionary prerequisite.

Then the second thing, Michael, that really convinced me is the neuroscience and biological science that is really growing in the science of human emotion. We are starting to find there are nerves in your chest that help you connect [with others], there are little chemicals like oxytocin that really drive altruistic behavior. And we just published a paper in our lab showing that there’s a little gene on your third chromosome related to oxytocin that predicts altruistic behavior, empathetic behavior. We’re really reconceptualizing what human nature is.

MB: How does that view account for the pretty clear and horrendous cruelty that we’ve seen throughout human history, especially in the 20th and 21st century, from Auschwitz to the killing fields of Cambodia to the genocides in Rwanda and Darfur?

DK: You know, that’s one of the most important questions you can ask about this perspective. One answer is the Walt Whitman answer, which is that we are many things as a human species. We are born to be good and we have absolutely astonishing capacities for evil. You know, one of the issues of Greater Good magazine was devoted to the question of, “Are we born racist’?” And there are a lot data—brain data, genetic data, emotion data—that say we have this sort of regrettable tendency toward disliking and being harmful toward those who are different.

One other thought: We know that our pro-social tendencies—our tendency to give to strangers, our ability to cooperate—are enabled by things like more abundant resources or a culture that places emphasis on pro-social ideas. Just hearing the word “hug,” for example, or “care,” makes participants more altruistic in experiments. So beginning with the idea that this is what the pro-social social nervous system is, we can then gain insights into the cultural processes that turn it on.

MB: If we have both the inclinations to cruelty and to pro-social behavior, what are some additional strategies that we can use to cultivate compassion and to induce humans to act on those compassionate instincts?

DK: In a way, that’s the most important question that comes out of this research, right? We know, with new scientific studies on caring and compassion, it makes you happier to be giving and compassionate toward others than if you indulge a desire for yourself. We know that caregiving increases your longevity in the later stages of life. So there are a lot of good reasons to be compassionate.

MB: In this science of a meaningful life, have there been any applications of the science to practical day-to-day life that you have found to be really impressive or showing significant impact?

DK: You know, science is only as good, in my opinion, as the culture it creates and the positive changes it can bring to society. When I started doing this science 10-12 years ago, it was a little bit obscure. How strange to study compassion or well-being or awe and the like? That question really bothered me: Is this going to make things better? And now, ten or twelve years into this, we see amazing proof of that possibility.

Let me give you just a couple of examples. One is in medical treatment, where they are starting to take patients’ emotions and sense of trust seriously. We know that a patient who feels a connection to an M.D. fares better in the medical treatment and is less likely to sue. And there are now medical programs, for example at Johns Hopkins, that are patient-centered programs that are really changing their curriculum, in part informed by this new science of compassion and human connection.

There’s been a lot of science on empathy and kindness and altruism that has been fed into bullying programs. And there’s a new survey, I think it’s by the Department of Justice, that’s finding that bullying is on the decline in schools, because they’re taking the steps to intervene.

If you go to grammar schools these days, what you will see is a real emphasis on teaching emotion, and empathy, and respect. And there is a lot of good data that is saying that we’re raising more empathetic kids. So there are a lot of good success stories out there.

MB: What new research do you think is on the cutting edge in helping us better understand both the roots of human goodness and how we can promote it?

DK: As somebody who studies human emotion and the physiology and a little bit of the neuroscience of human emotion, I would frame it as follows. Our listeners probably know a lot about the science of stress, right? There have been 50 years of scientific studies on stress. And we know stress kills. It damages your cells, it damages your brain. We know what the stress part of the body is: From the hypothalamus to the adrenal glands to the pituitary to the release of cortisol in your blood stream. That is a massive scientific discovery, and it sets the stage for understanding why meditation helps you beat disease: Because it calms that stress system down.

Here’s what we don’t know, Michael: What about the compassionate nervous system? But what is on the horizon scientifically are lines of research that will start to figure out where we’ve evolved regions of our brain and body that help us be good to others.

Take old regions of the brain, like the periaqueductal gray, which is down in the brain stem. In mammals, it’s associated with nurturing behavior. When humans feel compassion, it’s activated. That’s cool.

When you give to charity, a reward center of the brain called the nucleus accumbens lights up, and what that tells us is, wow, the brain is wired such that being good becomes rewarding.

We know out of the periaqueductal gray are a lot of oxytocin networks. Oxytocin is a little chemical that floats into your brain, through your bloodstream and your body, that is associated with caring, giving resources to others, the oceanic feeling of connection to other people. So, there’s a neurochemical underpinning to those pro-social feelings.

And then there’s a lot of scholarship about the vagus nerve. The vagus nerve is this bundle of neurons, it starts in your spinal cord, that calms your heart rate and helps you engage in communicative behaviors that help you connect to others, like nodding your head and making eye contact. Our lab is finding that pro-social behavior is associated with the vagus nerve’s firing. This type of research is going to pave the way for new therapies for working with depressives or autistic individuals. So I see that as 20 years of science ahead of us.

MB: So as you look ahead in this way, do you have your own sense of where the next big breakthrough will be in this area of science?

DK: A couple of examples. Take that oxytocin system in the brain. We know oxytocin, this little sequence of nine amino acids produced in the hypothalamus, is associated with caring and with warm parenting behavior. There are select studies finding that if you’re raised in an orphanage, it damages that part of the system. Probably that system is going emerge, much like the cortisol system, as the heart of healthy adaptation to life. This is one big part of that puzzle. We really don’t know where the oxytocin system is in mammals. We have some beginning understanding of it, but that’s going to be a very important set of discoveries.

There are also going to be some interesting discoveries about the genetics of pro-sociality, discoveries that help us clarify what parts of our DNA build up these pro-social nervous systems and how they go awry in certain mental disorders. And those are stories of which only the first chapter is written.