“Love is not love which alters when it alteration finds,” wrote William Shakespeare in his 116th Sonnet. “O no! it is an ever-fixed mark that looks on tempests and is never shaken.”

Nothing could be further from the truth, says the new science of romantic love.

Love is, first and foremost, an emotion—but one that is, more than most emotions, rooted in our bodies and in the ways our bodies age together. I’m not just referring to the vagaries of lust, though that can lead to romantic love. As love grows and deepens, it lights up some parts of our nervous system and dims others. The importance of feel-good hormones like serotonin and dopamine may decline over the course of a relationship—but a love that reaches maturity will bind the lovers on a neurological level.

Far from an “an ever-fixed mark,” love is a process subject to biological forces beyond our conscious control. Drawing from new research by Dacher Keltner, Barbara Fredrickson, Helen Fisher, Kayt Sukel (author of Dirty Minds), and many neuroscientists, here is a list of the places where love abides in our bodies—and the role each one plays in sustaining love over time.

Lust is Born: The Hypothalamus 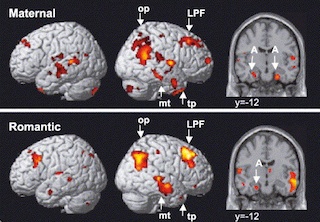 © From "The neural correlates of maternal and romantic love," NeuroImage

As this brain scan image suggests, romantic and maternal love affect many of the same parts of the brain—with a few crucial differences. In the brain of a lover, for instance, lust emerges in the funnel-shaped hypothalamus and lights up dopamine-rich parts of the basal ganglia, which is involved in learning and rewards. In other words, lust drives us in a way that motherhood doesn’t. What about when we’re rejected by a prospective lover? In that sad event, the right ventral putamen–pallidum and accumbens core activate.  Learn more about the brain in lust. 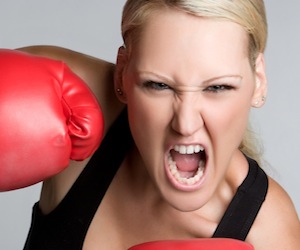 When sexual pursuit begins, the brain releases a class of hormone called androgens, including testosterone—which, yes, also happens in women when they see something they want. In fact, as Helen Fisher points out, women produce more new testosterone than men when they compete for a prize. And in the bodies of both men and women, sex raises testosterone counts. So with the right person, the more sex you have, the more sex you want—and the more willing you are to chase after it. Learn more about the effects of testosterone. 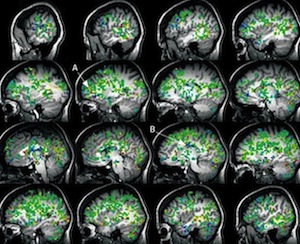 Orgasm consumes as many as 30 parts of the brain, including those involved in touch, fantasy, memory, and reward. As you can see in this image of an orgasm Kayt Sukel experienced in a brain scanner, the climax burns through the brain like wildfire, setting alight the prefrontal cortex and anterior cingulate cortex (while smothering other parts, like the left orbitofrontal cortex, which is involved in decision making). Orgasm releases serotonin and opioids whose chemicals we also find in heroin—thus it is no surprise that sex with the right person can become addictive. Get some Greater Good sex tips. 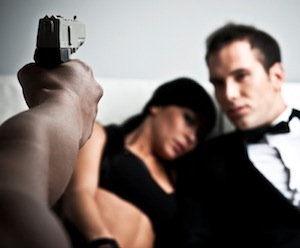 There’s an old region near the brainstem called the amygdala. That’s the threat-detector—it starts firing when you see danger, risk, and uncertainty. When you’re in the intense throes of romantic love, the amygdala sleeps, as do parts of the frontal lobe, which involves judgment. The upshot is that the brain in love is prone to bad decisions—it has trouble detecting threats (like jealous spouses) and connecting actions with long-term consequences (like the effects of unprotected sex). Learn more about the amygdala. 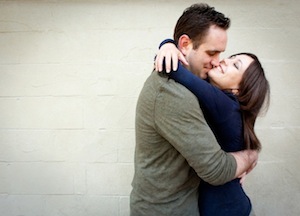 As the brain moves from lust to love, the ventral pallidum activates. Our blood is flooded with the neurotransmitter oxytocin, which predicts attachment behavior, and has been shown to increase generosity and empathy. Women already have a lot of oxytocin, but studies show that men get a big surge in it after a long, passionate kiss; it’s one of the biological forces that moves them away from pure lust toward care, trust, and devotion. This is also true of rodents—if you give a promiscuous vole a little dose of oxytocin, it becomes monogamous. Learn more about oxytocin. 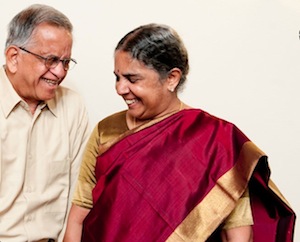 As positive psychologist Barbara Fredrickson has described, heart rhythms, facial expressions, and hand gestures begin to synchronize in long-term lovers—a process largely regulated by the vagus nerve, which winds from the brain to the heart. This neurological alignment enables us to detect trouble or pain in our beloved when no else can.

And as lovers tune in to each other, they become more willing and able to make sacrifices for the relationship. Research finds that if sacrifice comes out of a desire to alleviate suffering in our spouses, we get many mental and physical health benefits.

The love may have cooled and calmed—we’re no longer getting the same sweaty shots of dopamine and serotonin—but it is deeper, heavier, more beneficial, more compassionate. The vagus nerve response strengthens with more compassionate feeling, and there is more activity in brain regions that help reduce anxiety and pain. Discover the secrets of the vagus nerve and the science of love in the autumn years.

From Passion to Compassion: The Skin 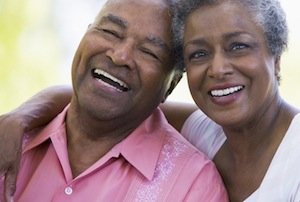 Touch is “our primary language of compassion,” says Dacher Keltner, “and a primary means for spreading compassion.” Touching in couples increases happiness and lowers stress levels, but there are some gender differences in how touch is perceived: Dacher’s research shows that women aren’t always able to feel the compassion in a man’s touch, and men are often slow to pick up on anger in a woman’s touch.

But we learn to forgive and our bodies gradually learn each other right down to our cells. The research says that, over time, we can come to see and appreciate our partner’s weakness, as well as our own—and we become capable of giving our partners the compassion which we would like to receive.

When love reaches maturity, nothing can comfort us more than the feel of our lover’s skin against our skin. Learn more about how to sustain compassion in a long-term relationship and take our quiz to test how compassionate your love is.

I am disappointed you used a picture of a black man holding a gun against a white man and woman in your article on Judgment Fails: The Amygdala.  Only propagating racial stereotypes.  Please change the picture.
Thanks
Rebecca

That’s actually part of a series of photos that can be
purchased on the photo service iStock, wherein it’s
clear that it’s a white woman (the eponymous jealous
wife) pointing a gun at two sleeping lovers—the arm is
in shadow, but it does not belong to a black man.

I just wanted to ask, can you love again after a great
love of a spouse who passed away? I am not
sure what to do with it. I been married for 42yrs and
just lost him last year of march. Not sure what to
do or act. Can you help ?

Beverly, I am no expert in grieving or recovering
from the death of a spouse, and I can’t imagine
what it is like to lose someone after so many years
together. All I can do is recommend that reach out
to friends and family—and that you talk with a
therapist. If you are religious, talk as well with your
pastor, rabbi, or other spiritual guide.

There are also many books you can read. I polled
some friends and colleagues and got the following
recommendations:

—“How To Go On Living When Someone You Love
Dies,” by Therese A. Rando

—“Finding Your Way After Your Spouse Dies,” by
Marta Felber

How do you know the person wielding the gun is 1) Male and 2) Black?

Are you assuming those things?

Beverly,
I’m sorry you lost your spouse. 42 years is a long time.
I can tell you that my grandmother who lost her husband remarried at age 67. She was so in love with her new husband and I have never seen such a respectful sweet couple.
My parents fought constantly, but my grandmother and step-grandfather were just wonderful together and wonderful to me as well!
Can you get involved in your community to meet new people? What did you like best about your relationship with your husband? Can you have a little of that with like-minded friends?
I hope you feel better soon.

How quickly you rush to judgement. As Jeremy pointed
out, and as you could see if you relaxed a bit, the arm
is in shadow and belongs to the white/caucasian/etc
partner of the cheating man (or possibly the cheating
woman, if you’re keeping an open mind). Chill.

Your article indicates it is about how love grows. Yet at the end
when in my opinion love is finally present your words indicate
that love has cooled. It seems inverted as if you are making the
mistake made so often that lust is really about love, and
compassion and caring are about love cooling. You also state
that love is an emotion. Yet, more more people talking about love
speak of it as a choice, a conscious decision and intention.
We live increasingly in a society saturated in sex mistaking it for
love. We also live in a society that too often associates love with
impulse and unconscious decisions. Yet love is more and more
about becoming conscious, compassionate, connected, and
bonded with each other. Your article actually points this out,
except your interpretation of the research through your chosen
words once again inverts the reality of love, and tries to make it
once again about the thrill of the chase, the high of sex, and
emotional impulse. In short, all the things that love essentially is
not.

You raise some interesting issues. I unapologetically defend the place of sex in our lives, and I don’t think that, for example, the thrill of the chase is somehow antagonistic to a deeper love. It’s simply
a very common stage that most people experience
at some point in their lives, that can pave the way
for later stages (or not…).

More to the point, the “high of sex” makes you feel
alive, and I think that kind of sensual awakening is
nearly always a good thing. Romantic partners who
lose lust for each other before their bodies are
ready to give up sex often fall into serious trouble;
keeping that physical connection alive is important
to the health of individuals and couples.

But I also think (this will sound somewhat
contradictory) that we should prepare ourselves for
lust to decline or change in long-term relationships,
and be open to the possibilities of love without lust.
And too often, people feel the decline (or absence)
of sex means that something is wrong with them and the relationship. They’re not able to see that
this is a normal experience—and it can cause them
to miss the ways in which their love has evolved. In
this piece, I tried to capture how that happens, and
how our bodies are designed to accomodate that
evolution.

So I think your deeper point is well taken. I was just saying to a colleague that the stages of real-life
love don’t break out as neatly as I make it out to be
here, and there are numerous individual variants.
Love and lust can exist without each other. Lust
can spring from friendship or compassionate love;
lust can also persist deep into a relationship’s
maturity. But again, I think co-existence is the
sweet spot for a majority of people.