Few things seem more American than the pursuit of happiness, but are we going about it all wrong?

That’s one of the questions raised by The Myths of Happiness, the new book by Sonja Lyubomirsky. 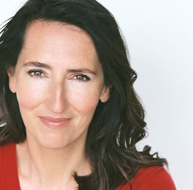 Lyubomirsky is a professor of psychology at the University of California, Riverside, and one of the leading researchers in the field of positive psychology. Her previous, best-selling book, The How of Happiness, published in 2008, is chock full of the best research-based practices for increasing happiness. The Myths of Happiness follows up on that work by explaining how our assumptions about what will and won’t bring us happiness are often flat-out wrong. Understanding those myths, Lyubomirsky argues, can help us avoid the psychological barriers to a rich and happy life.

As part of our Greater Good Podcast series, she recently spoke with Editor-in-Chief Jason Marsh about why we are so often mistaken about what will make us happy—and how we can really achieve happiness.

You can listen to the interview here, and we encourage you to subscribe to the podcast series through iTunes. Below we present a condensed version of the discussion.

Jason Marsh: Your book is called The Myths of Happiness. Can you give us an example of the kind of myth you’re talking about?

Sonja Lyubomirsky: There are really two categories. The first is the idea that if we’re not happy now, then we will become happy when x, y, and z happens: When I get married I’ll be happy, when I strike it rich I’ll be happy, when I have kids, when I move to that city I’ve always wanted to live in. The problem is that those events do make us happy—but they don’t make us as happy as we hope, or for as long as we think they will.

For example, marriage does make people happy, but the most famous study on marriage shows that the happiness boost only lasts for an average of two years. We also know that passionate love—the love that media and movies and literature tell us that we should all be experiencing—tends to dissipate over time. If love survives, it tends to turn into what’s called “companionate love,” which is really more about deep friendship and loyalty. But because our culture holds passionate love up as an ideal, we think that there must be something wrong with us when our relationships aren’t as exciting to us a few years later than they were at the beginning. The same thing goes for our jobs, or the amount of money we make.

JM: Are these myths just a product of the media—or do you think they might be rooted in certain innate, perhaps psychological, propensities?

SL: Wow, that’s a good question! I do think media and the culture propagate these myths. I don’t know whether they’re hardwired or evolutionarily adaptive. I will say that the psychological phenomenon hedonic adaptation—which is a big theme of my book—does strongly affect our ideas of what makes us happy.

Hedonic adaptation means that humans beings are remarkable at getting used to changes in their lives. It is evolutionarily adaptive, and perhaps hardwired, so all of us get used to the familiar. That might be because in our ancestral environment, it was important to us to be vigilant or alert to change—a change in the environment might signal a threat, or it could signal a reward or opportunity for reward. And so when things are the same, when stimuli are constant, we don’t tend to notice them or pay attention to them very much.

But the downside of hedonic adaptation is that when a relationship becomes familiar—or when a job becomes familiar, or when your new car becomes very familiar to you—then you start taking the spouse or job or car for granted. You stop paying attention to them, and that’s when we have adapted. 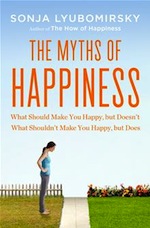 JM: And that adaptation can lead to neglect or dissatisfaction. Hedonic adaptation is also called the hedonic treadmill—and that sounds kind of negative. It suggests that no matter how hard you push, you’re always going to wind up in the same place. But there’s a flip side to that story, which speaks more to human resilience.

SL: That’s right. We were just talking about the first myth of happiness, but there is a second. That’s the myth that a lot of things would make us really unhappy, maybe forever. So if we got a divorce we would be unhappy forever—if our spouse died, if we got ill, if our dreams don’t become fulfilled, then we would die unhappy.

But hedonic adaptation takes place in response to negative experiences as well, which contributes to our resilience. We are really good at adapting to negative changes.

That’s not true of every bad event—a couple of recent studies have shown that people who have experienced severe disability do adapt to some extent, but they never go back to the original baseline of happiness, and the same is true of bereavement at a later age.

But on average, people don’t seem miserable for as long as we think they do. Take divorce. It turns out that people are remarkably resilient after divorce—including the children. I was just looking at some data that show that after a few years, divorced people actually become quite a bit happier than they were before. They don’t go back to their baseline—they way exceed their baseline.

One of my favorite findings is that lifelong singles tend to have an average of a dozen meaningful friendships that they have maintained for decades. I always think about people like me, who are married and who have kids—I mean, how many of us have a dozen friendships that we’ve maintained for decades? And single people also, of course, get meaning and purpose from their work, from hobbies, from other domains of life.

I guess the underlying theme is that nothing is as joy-producing or as misery-inducing as we think it is. There’s no sort of sure course to happiness, and there’s no sure course towards misery either.

JM: As you completed the book, you discovered you were pregnant—and you dedicated the book to your new daughter. Some research says parenthood makes us unhappier, but your lab recently published a finding that suggests that’s not exactly true. So what is the relationship between happiness and having kids?

We just published a paper that has three different studies that show, in general, parents are somewhat happier, and they report more meaning in their lives. This is true as they go about their days and when they spend time with their children, as opposed to when they’re doing other things.

But, you know, after we published that paper we asked ourselves: Well, is the question whether parents are happier even a very meaningful question, because there’s so many different kinds of parents? Can you really lump together parents of newborns to parents of 30-year-olds?

I have these two great grad students, and they just wrote this really great review paper addressing that question. We looked at all the literature on parenting and happiness and we put it all together. Basically, we find that certain kinds of parents are happier: parents who are middle-aged and older, parents who are married, parents who have children in their custody, parents who have relatively trouble-free children—and fathers, actually. It turns out the happiness effect is much stronger for fathers as opposed to mothers.

Watch more videos of Sonja Lyubomirsky talking about her research.

JM: A lot of the work coming out of your lab takes a more nuanced approach to the many different paths to happiness. To what extent do you feel the messages from positive psychology have gotten simplified to the point that people have started to believe there’s a sure-fire formula to happiness?

SL: Let’s say you publish a study that shows being grateful makes you happy—which it does. But then the finding gets repeated over and over again in the media, and people seem to think, Oh, it’s easy, all I have to do is be grateful.

JM: I assume you must get asked all the time, “How do I become happy?” What do you tell those people?

SL: Women’s magazines will often ask me things like, “Alright, I need six five-minute happiness strategies.” And I say, well, there aren’t any five-minute happiness strategies. This is something you have to do kind of every day for the rest of your life. Just like if you want to raise moral children, or if you want to advance in your career. It’s a goal you pursue your whole life.