While scientific findings can provide us with powerful guidance as we pursue a meaningful life, there’s no doubt that storytelling can sometimes accomplish what factual information can’t. We humans are especially attuned to the messages and emotions conveyed through stories, and reading them can inspire a deeper engagement with and understanding of our human condition.

One of the most prominent findings from the science of storytelling is that reading fiction increases our capacity for empathy—particularly if we can be transported emotionally into the world of characters. Novels and memoirs can help us to better identify with people who are not like us, increasing our circle of care and possibly making us kinder.

That’s why—in addition to recommending some of our favorite science books this year—we’d also like to highlight some of the great novels and memoirs of 2019. These books inspired us to think about the world in a different way. We hope they will inspire you, too.

Unfollow, a memoir by Megan Phelps-Roper 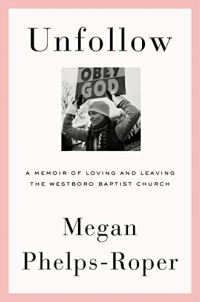 Megan Phelps-Roper grew up in Westboro Baptist Church, a notorious cult based in Topeka, Kansas. Every single day of her childhood and young adulthood, she heard homosexuals, Jews, and even soldiers killed in Iraq condemned in angry, violent language.

As her grandfather, the church’s founder and pastor Fred Phelps, explained at a military-funeral protest: “They turned America over to f**s; they’re coming home in body bags.” Later, when Westboro was sued over the military protests, “The men took turns making elaborate prayers to God to kill [the lawyers and plaintiffs] that very weekend,” Phelps-Roper describes.

Indeed, she promoted such sentiments herself on picket lines and through Twitter, which became an enormous part of her life—first as a propaganda tool, then as personal salvation. As she describes in her memoir, it was contact with an individual she first knew as C. fG. on Twitter that eventually led her to question her beliefs and the church itself, which she finally left in 2012 with her younger sister. While the book is anthropologically a fascinating case study in extremism, it’s also a wonderfully written, universal story about how one young woman broke free of her upbringing and became a strong, independent person.

The Water Dancer, a novel by Ta-Nehisi Coates 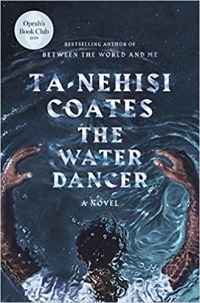 Award-winning Atlantic journalist and author Ta-Nehisi Coates debuted his first antebellum-era novel, The Water Dancer, after nearly 10 years of historical research and narrative crafting. The novel is an elegant combination of a revelatory depiction of pre-war economic decay in the South and a magical surrealist tale of one man’s journey to finding true, enduring freedom. Without downplaying the inhumanity of slavery, Coates offers a most elegant reflection on the core nature of physical and psychological freedom for both those under bondage and those with power.

The narrative is truly transfixing—enough to make you lose sleep—as you follow the main character, Hiram, who has an indelible memory for everything except for his preternatural mother, who was sold away from his home. Reclaiming her memory and finding a place for true love is the pathway to his deepest self-knowing, empathy, and transcendence from the physical obstacles of his world.

The book invites readers to consider the inherent and intrinsic value of psychological freedom, how pain begets deep compassion, and what it takes to embrace and fully inhabit the state of being human.

Self-Portrait in Black and White, a memoir by Thomas Chatterton Williams 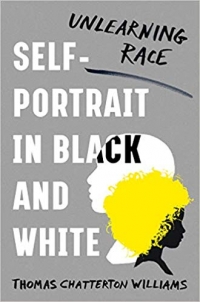 Part memoir, part political treatise, Thomas Chatterton Williams’s book asks readers to rethink racial identity in the United States. Self-Portrait in Black and White begins with the birth of the author’s daughter, who he had long believed would conceive of herself as black. But as he holds her for the first time and takes in her blonde hair and blue eyes—she, like he, is the product of a biracial marriage—his conception of America’s strict racial dichotomy between black and white collapses before him.

He takes us through an intellectual journey where he not only questions his own commitment to racial identity, eventually coming to call himself an “ex-black” man, but begins to ask whether we can truly do away with racism in the United States as long as we hold onto limiting and flattening racial categories at all. In an increasingly diverse United States, where intermarriage and immigration are changing the racial and ethnic landscape, Chatterton Williams challenges us to think outside the racial binaries we’ve all grown up with.

The Overstory, a novel by Richard Powers 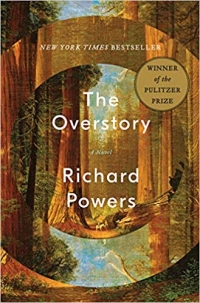 Trees. It’s easy to take them for granted, or only think about them aesthetically—for landscaping or holiday decor. But in Richard Powers’s novel, The Overstory, we learn about the rich intelligence of trees—how they communicate, protect, and sustain each other, their surroundings, and pretty much every other living thing on the planet—inspiring a new sense of awe for these ancient beings.

But The Overstory is not a science textbook. Instead, it embeds readers in multiple gripping human dramas about how to discover true meaning and genuine love in life—from a wheelchair-bound Silicon Valley tycoon to a falsely discredited tree science pioneer to a group of hardcore eco-activists. Their stories evoke a new kinship with trees and humble awareness of our own illiteracy around collective, sustainable survival, or the basic mechanics of living together.

After reading this book, you’ll find yourself looking at trees differently, wanting to touch and smell them, and appreciating their innate wisdom and survival ability that far exceeds our own. You’ll also feel inspired to honor and nurture trees, as well as the key people in your life, whenever, wherever, and however you can. 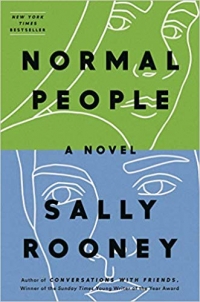 Can friendship transform us? This question is at the heart of the novel Normal People, which follows the lives of two protagonists, Marianne and Cornell, over the course of a friendship (and, sometimes, love relationship) that extends from high school into adulthood. Though they come from very different backgrounds—she’s a book-smart loner from a wealthy family suffering emotional abuse at home; he is the son of her family’s maid and, though popular in high school, feels less sure of himself outside of his hometown—they find an intimacy together that changes both of them.

This character-driven novel is full of insight around how young men and women navigate the transition to adulthood and the social and emotional insecurities that come with that age. As the characters grow up, we see them struggle with love and sex, courage, confidence in themselves, and finding their life path. Ultimately, it’s a story of how one person seeing behind your pain and loving you can help you grow into the best person you can be.

Inheritance, a memoir by Dani Shapiro 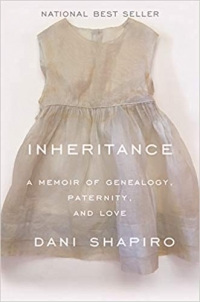 For years, Dani Shapiro was drawn to write memoirs about identity, secrets, and family history. Then one day, an online DNA test unearths the answer she didn’t know she was looking for: Her father was not her biological father.

In Inheritance, she obsessively searches for information that will fill in the holes in her life story. But what she’s really searching for is her sense of belonging, something she had been lacking her whole life. If Shapiro’s father doesn’t share her DNA, what does that mean about her bond with him, his family, and the Jewish faith? And what kind of love is even possible when a 54 year old meets her biological father for the first time?

Shapiro’s parents are not alive to share their motivations, but the many facts she cobbles together bring her to a place of greater empathy and understanding for their invisible struggles. While she doesn’t get all the answers, she makes peace with the uncertainty thanks to the love of her family—the one she grew up with and the one she is only beginning to discover.

An exploration of the bond between parent and child, and how modern technology is complicating that relationship, Inheritance may inspire you to reflect on the ties that bind you and the choices you would make for love. 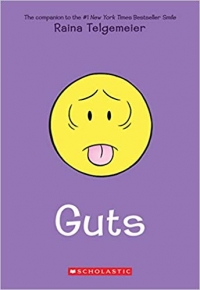 The New York Times bestselling author Raina Telgemeier shares another window into her adolescence with her newest young adult graphic novel, Guts. It begins with Telgemeier having a stomachache, then vomiting; she has the flu. But the stomachaches don’t stop; in fact, they start getting worse, as does a growing fear of vomiting (emetophobia).

Raina’s parents are concerned, and send her to therapy, where she learns how to manage her anxiety with beneficial calming practices like mindful breathing and paying attention to the sensations of her feet on the ground. Throughout it all, Telgemeier learns about what anxiety and stress can do—not only to the mind, but to the body, as well.

The author brilliantly puts the readers in the shoes of a girl on the brink of puberty, trying to navigate the social and emotional challenges of middle school. The book helps parents and kids to have a better understanding of how childhood anxieties develop and what can be done to manage them. It also provides anxious kids—and the parents who worry about them—hope and reassurance that they are not alone.

Telgemeier will be featured in an upcoming episode of The Science of Happiness podcast, where she tries out the Walking Meditation practice.