There is nothing like a great book to help you lounge in a beach chair in some exotic locale, or simply sit on your porch on a Sunday afternoon.

Great fiction isn’t just entertainment. Novels can make us more empathic and help us navigate our complex social world, perhaps by improving our “theory of mind”—our ability to read or anticipate another person’s thoughts and feelings. Reading also reduces stress, according to one scientist’s report, and increases our brain connectivity, keeping us more cognitively active, which is tied to greater longevity.

This is good news to those of us who read, giving us even more ammunition when someone tries to take our attention away from a gripping novel or memoir. But, while reading any book is likely good for you—even escapist fiction—why not also consider selecting books that move your heart or your brain in some way?

Here are some of the books our staff picked as great reads for Greater Good readers—books that illuminate our themes around the science of a meaningful life. As summer nears its end, you might want to pick up one of them.

Born a Crime, by Trevor Noah 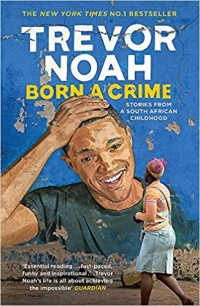 This coming-of-age memoir begins with comic Trevor Noah’s birth to a black Xhosa mother and a white Swiss-German father in South Africa. During the final years of apartheid, his family often hid him indoors rather than face difficult questions or potential arrest—as black/white marriage was still illegal. Yet Noah learned to navigate racism in South Africa with the help of his mother Patricia—a woman who was both fiercely religious and rebellious. “My mother wanted her child beholden to no fate. She wanted me to be free to go anywhere, do anything, be anyone.” Noah’s tragic yet humorous story of hope, resistance, and resilience is a tribute to his mother’s bravery and their complicated bond. 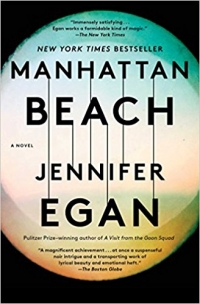 This sweeping historical novel doesn’t just offer observations on the fickleness of organized crime and the development of World War II–era commercial diving, but provides insights into parental empathy, family reconciliation, and surprising resilience. In the face of tragedy and the time period’s rigid ideas about the roles for women, the main character, Anna Kerrigan, follows her fascination for the sea and fights to become the first woman ship repair diver in New York’s naval shipyard. Written by Pulitzer Prize–winning author Jennifer Egan, the book is a gripping read not only about the perils of diving, but about life during 1940s America, when the country was focused on the threat of imminent invasion from foreign enemies and mob bosses ruled the city.

The Buried Giant, by Kazuo Ishiguro 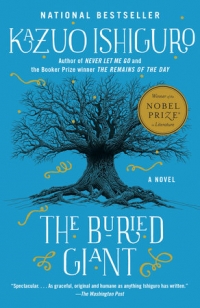 British novelist Kazuo Ishiguro won the Nobel Prize for literature in 2015, the same year he published The Buried Giant. According to Kazuo, his wife Lorna MacDougal read the first draft of the novel in 2005 and told him, “This will not do.” He put it away, and then, years later, he started over. That’s fitting, because his book is very much a story about marriage—and also of memory. An elderly couple, Axl and Beatrice, journey to find their son in a Medieval Britain beset by a magical, memory-destroying mist. Along the way, they help each other to remember their life together—a sometimes fearsome process. Like all couples who have been together for a long time, they have wronged each other, and their challenge is to remember the bad with the good. The ending manages to be simultaneously melancholy and uplifting, as Axl and Beatrice are finally whole again. “God will know the slow tread of an old couple’s love for each other,” says Axl, “and understand how black shadows make part of its whole.”

The Elegance of the Hedgehog, by Muriel Barbery 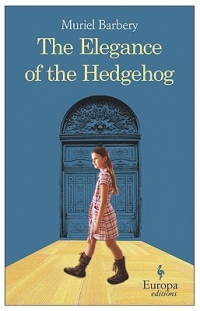 The main character of The Elegance of the Hedgehog, Renée, is an older, prickly concierge of an upscale apartment building in Paris, who makes it her business to keep close track of the lives of her tenants, while remaining isolated and inscrutable herself. But, when a new Japanese tenant moves into her building, they develop a deep relationship with each other—and with a lonely, depressed teen in the building. These relationships slowly draw Renée out of her shell, allowing her intellect, artistic aesthetic, and caring spirit to shine. A testament to the power of empathy and love, this uplifting book helps us to appreciate the power and beauty of being open to connecting with those who are different from us. 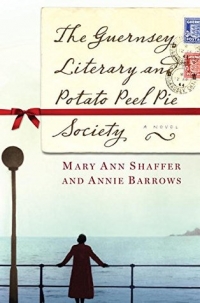 Set in both London and the island of Guernsey post-World War II, with flashbacks to German-occupied Guernsey, this novel tells the story of how a group of Guernsey residents formed a book club during WWII and how their friendships and camaraderie helped them survive. It’s a brilliant character study that brings in ethical questions around the relationship between the Germans and the Guernsey residents.

The Power, by Naomi Alderman 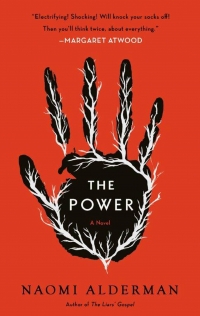 In The Power, women all over the planet suddenly develop a new organ that allows them to channel and manipulate electricity. This makes them physically more powerful than men—a development which, in Alderman’s conception, turns the entire world upside down. But this is not a feminist wish-fulfillment fantasy. Women do not turn out to be kinder and gentler rulers than men; quite the opposite. The power is intoxicating and at first there is nothing to stop women from doing whatever they want to men and to each other. The book’s themes reflect research on power by GGSC faculty director Dacher Keltner, who finds that “once people assume positions of power, they’re likely to act more selfishly, impulsively, and aggressively.” Alderman’s novel is a warning, and a reminder, that power without kindness, responsibility, and respect for human life risks becoming a destructive force. 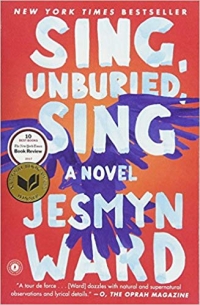 This brilliant book is not a happy one. But it is emotionally satisfying and gives readers deep insight into the impacts of racism and the intergenerational pain caused by unfairly incarcerating African Americans in rural Mississippi during Jim Crow. The story centers on Jojo, a young teen who is trying to grow up to be a responsible man while struggling against circumstances beyond his control. The son of an imprisoned white father and a drug-addicted black mother, he must learn to make sense of his family’s complicated relationships and mixed motivations, while drawing on the love of his maternal grandparents. Everyone in this family is haunted by ghosts, literally and figuratively, making it hard to overcome the nefarious effects of devastating loss. Winner of the National Book Award, this book encourages readers to question deeply their assumptions about people’s life circumstances and to empathize with families like Jojo’s who strive for a better life against the odds.

The Sympathizer, by Viet Thanh Nguyen 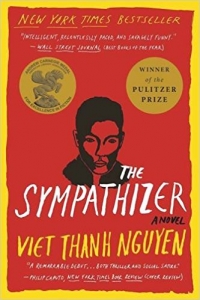 As the title implies, the narrator of this Pulitzer Prize–winning book is someone very sympathetic toward others, with a deep understanding of how people think and behave. The twist? He’s a biracial, North Vietnamese spy during the Vietnam War, working behind enemy lines. What makes this different from a conventional spy story is the sympathy he feels for those around him, even his enemies. This puts him in some unusual circumstances—and it also provides American readers with a rare opportunity to learn how the North Vietnamese viewed the war and our role in it. In this way, we can once again see how racism and America’s misguided sense of exceptionalism made for a disaster of epic proportions. The spy narrator—an unforgettable character—will draw you in with his insight, humility and, ultimately, compassion.

We Are All Completely Beside Ourselves, by Karen Joy Fowler 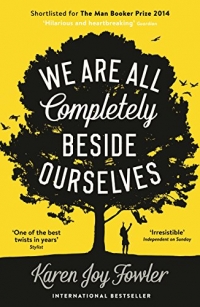 This book comes with an important warning: DO NOT read the back cover before reading the book! If you take that advice, you’ll be in for a wonderful surprise in this story about siblings growing up together in an unusual household—and what can go wrong when empathy fails. The book opens with narrator Rosemary Cooke in college, feeling strangely alone and apart. As she slowly forms a friendship with another free spirit, she comes to understand herself and to see her family story in a new light. A testament to the power of love, empathy, and forgiveness—as well as an entertaining primer on some fascinating psychological research—this book will have you thinking deeply about what it means to be human.