Recent data from the United Nations High Commissioner for Refugees shows that the number of refugees seeking asylum has more than doubled in the past 10 years, with an estimated 84 million people displaced from their homes. Many of these refugees have immigrated to new countries where they may struggle to assimilate and learn the language. In some places, refugees and immigrants become the target of hate crimes: In the United States, for example, crimes targeting people of Asian descent jumped 339% in 2021. 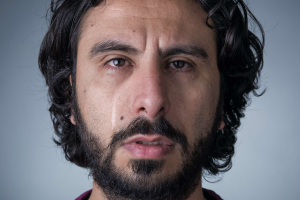 How can we improve empathy and increase kindness toward newcomers? That’s the question tackled by a new study published in the journal Emotion. Magdalena Bobowik and her colleagues investigated a particularly overlooked aspect of behavior toward underprivileged groups: the role that tears play in evoking empathic responses.

The study took place in Spain, where Romanians and Moroccans are dominant immigrant groups. Participants (all native-born Spanish undergraduates) were split into three groups, each of which was shown a Romanian man displaying either neutral, sad, or tearful expressions. The results revealed that participants seeing the tearful expression reported more warmth toward the man, but not more discomfort.

In a similar fashion, researchers then asked participants to rate the face of a Moroccan man—but this time with a fourth expression, where the man was displaying happiness by smiling. In this experiment, researchers found that people were more likely to want to approach the man when he was smiling, and when he was shedding tears. However, they rated the man as less competent when he was sad.

A final experiment involved Syrian refugees. They showed participants a man who was introduced as being from either the same Spanish province as the participant, or as an immigrant who had just moved to the country from Syria. This man displayed either a neutral, sad, or tearful expression, like before.

The results? Whether the man was Spanish or Syrian, participants reported increased feelings of warmth toward him when he was crying. Participants were also more willing to approach and donate money when the Syrian man was crying, compared to when he simply looked sad.

Thus, the study suggests that tears from a member of an underprivileged group are able to heavily influence the emotional response of those who may not normally be so sensitive to socially disadvantaged groups in their country. This may be explained by the way in which “emotional tears shift the perception of a person from being a member of another social group to being included in one’s group category (possibly at a higher level of abstraction, as ‘a human’),” as the authors speculate in the paper.

These findings are in line with other studies that show how exposure to a tearful face increases people’s willingness to share resources. This may be due to the fact that tearful faces are rated as more trustworthy than neutral faces with no tears.

It may also be significant that the researchers asked the participants to see one man, not many. “We have an easier time feeling empathy for one person than for large groups of people,” says Diana Concannon, a psychologist and crisis response expert, in a recent interview. This is likely a result of our brains being unable to comprehend numbers above a certain threshold—so, for instance, the difference between 1.1 million and 1.2 million becomes increasingly difficult for us to visualize. Increased exposure to negative events can also contribute to feelings of desensitization.

This is what makes the findings of the study on tears so valuable: because it recognizes that we still retain the power to empathize with those who may be different from us, and that perhaps this effect is strengthened when we focus on one individual at a time.