A genetic ancestry test (GAT) can not only unearth deep family secrets, it also can change how people self-identify their race on surveys. A new study by Stanford sociologists delves into how such changes could affect data that demographers use to measure population shifts and monitor racial inequalities. 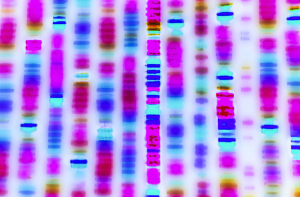 Stanford University’s Aliya Saperstein, associate professor of sociology, and sociology doctoral candidate Sasha Shen Johfre explored how people who have taken a GAT use their newfound ancestry information to answer questions about race on demographic surveys. In a paper recently published online in the journal Demography, the researchers found that GAT takers were significantly overrepresented among people who self-identified with multiple races.

“Theoretically, race and ancestry are distinct constructs,” said lead author Johfre. “Race is more than just family history; it is a reflection of how society interprets a person’s ancestry.”

But among people who have taken GATs, responses to questions about race and ancestry were more closely linked—they seemed to be translating information about their ancestry into racial identity in different ways than people who had not taken a genetic test, explained Saperstein.

With more than 26 million people having taken a GAT, this could impact demographic information collected on college and job applications as well as on the U.S. Census. On the U.S. Census, respondents self-identify their race.

“The government provides boxes, but they are asking you to put yourself in the box that feels most appropriate to you,” Johfre said. “They do give some definitions, some specific pointers that link race to ancestry, but most people probably never see them. Instead, people answer based on how they feel—how they walk around in the world.”

This is in contrast to the results of an ancestry test, which provides estimates about where in the world one’s ancestors lived generations ago. This information may or may not be relevant to how an individual identifies today, the researchers said.

To better understand how GAT results change how people report their race, the researchers used results of a survey of more than 100,000 U.S. adults who were registered with the National Bone Marrow Donor Program. The survey asked questions about each respondent’s race, ancestry, and genealogical knowledge.

“We find that people who have taken a GAT are not only more likely to self-identify as multiracial, they are particularly likely to select three or more races,” Johfre said. These differences were most pronounced for middle-aged adults, which means the U.S. multiracial population would be growing because of more than just new births, the researchers noted.

In the paper, the researchers also caution that if respondents report more distant ancestry as their current racial identity, that would alter the meaning of federal government data collected to monitor racial discrimination in areas like housing and political representation.

“Mail-in ancestry tests are especially popular among older, more educated, and generally better-off Americans,” said Saperstein. “If they are more likely to change their racial identification after they take a genetic test, and they previously identified only as white, the shifts could really make a difference for studies of inequality.”

Saperstein said she became interested in the issue of how results of genetic ancestry testing might influence responses on demographic surveys after hearing students talk about their own GAT results and seeing how eager they were to share the information with others. She also has family members who have participated in genetic testing.

“My own family members were discussing whether it was appropriate to put that information on the 2020 census,” she said. “With the new write-in lines included beneath each check box, they wondered how detailed they should be.” While the 2020 census results on racial identification have not yet been released, Saperstein suggests that demographers may need to ask different questions in the future to “more clearly distinguish ancestral diversity from experiences of race that are shaped by structural inequality.”

“If we want to monitor current racial disparities with survey or census data, then we need information that relates more directly to experiencing discrimination,” she said. “Or we need to be clearer with people that when we’re asking about race, we’re asking about how you move in the world today and how other people react to you, which may not reflect the long line of your family history.”

The study also showed that certain ancestries, including those that are often highlighted in genetic test results, were more frequently reported by GAT takers than by non-GAT takers. For example, all GAT takers were more likely to report Scandinavian ancestry, rather than a more general response like “Western European.” Respondents who identified as Black and had taken a GAT were significantly more likely to report sub-Saharan African ancestry.

To further understand how people describe their ancestry, the researchers included both “sub-Saharan African” and “African American” among the responses on their survey. Nearly all respondents who selected African American ancestry were U.S.-born (97%). The sub-Saharan African response was selected most by either foreign-born people who identified as Black or people who identified as Black and had taken a GAT. This produced a striking difference among Black-identified respondents who did and did not take an ancestry test: After taking a GAT, 56% reported sub-Saharan African ancestry compared with 13% among non-test takers.

The study found related reporting differences between those who had and had not taken a genetic test among people who identified as Hispanic. Non-test takers were more likely to report Central or South American ancestry; GAT takers, however, were more likely to report Southern European or American Indian heritage, in line with the legacy of Spanish colonialism in the Americas. In contrast, the researchers found that people who identified as white and had taken a GAT were less likely to report American Indian ancestry than their peers.

“To us, this showed that people were using genetic information as a more accurate ancestry response,” Johfre said. “Not only did they seem to be embracing more distant lineages in their responses, but also sometimes dropping responses that might not have been supported by the tests.”

The researchers found that when they asked questions in a different order, putting questions about ancestry before asking questions about race, some of the differences in racial self-identification they had seen among GAT takers were less pronounced.