White Americans are very good at avoiding the subject of race. “I don’t see color—I treat everyone equally” is a common way to dismiss complaints about white privilege and systematic bias.

New research reveals a large and growing group of fellow citizens are uniquely placed to break through this barrier to meaningful discussion: biracial individuals. 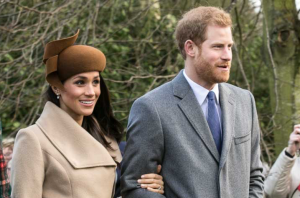 It finds American whites are more likely to acknowledge race as significant if they have been exposed to people from mixed-race backgrounds.

“The multiracial population’s increasing size and visibility has the potential to positively shift racial attitudes,” writes a research team led by Duke University psychologist Sarah E. Gaither. “People may be more comfortable talking about race with a biracial individual, compared with other racial minorities.”

The study, published in the journal Personality and Social Psychology Bulletin, focuses on ways to reduce “colorblindness,” which the researchers define as a strategy white Americans use “to not acknowledge race when doing so might put them at risk of being uncomfortable, or seeming racist.”

“On the surface, colorblindness seems like a good thing, since it says we should treat each other purely as individuals,” Gaither explains to Pacific Standard. “However, we know from lots of research that race influences our perceptions and treatment of others, whether we want it to or not, and that trying to ignore race effectively means trying to ignore racism, which lets the current racial inequities continue.”

In other words, you can’t deal with race if you don’t acknowledge its reality. And this research presents evidence that whites find it easier to do that when dealing with mixed-race people, as opposed to single-race minorities.

The first of its six studies featured 56 white Americans recruited online, who were separately asked whether they “have had a lot of contact” with whites, blacks, and “biracial individuals.”

To measure their approach to dealing with—or avoiding—issues of race and prejudice, they indicated their level of agreement with a series of statements, including “Talking about racial issues causes unnecessary tension” and “When I interact with other people, I try not to even notice the color of their skin.”

The researchers found those who dealt more frequently with mixed-race individuals were less likely to endorse those race-avoidance attitudes. Regular interactions with African Americans did not have the same effect.

Follow-up studies found simply showing mixed-race faces to white participants had the same effect—but only if they were specifically labeled as biracial.

“White individuals may view biracial people as less threatening conversation partners when discussing racial issues,” the researchers write. “Knowing that a biracial person belongs to two racial groups simultaneously ... may lead white people to assume that biracial people actually want to discuss race from an identity perspective (rather than) from a power-disparities perspective.”

Of course, they may be mistaken about that. But the door to honest conversation has opened.

“With fewer stereotypes or expectations, it is possible white individuals in these studies had less worry when thinking about talking to a mixed-race person,” Gaither says. “It is possible that the novelty of the biracial group creates a sense of curiosity about their racial background and experience, which again increases this comfort and willingness to talk about race relations more broadly.”

These findings are particularly interesting given the fact that a biracial American recently became a huge celebrity by marrying into the British royal family.

“For me as a biracial individual myself, Meghan Markle’s wedding marked an incredibly important time for the mixed-race community,” Gaither says. “She is an example of someone who proudly claims her biracial identity in the public.”

The new Dutchess of Sussex may not only shake the dust off the British monarchy. By acknowledging and celebrating her ancestry, she may make it easier for her fellow Americans to face one of our most uncomfortable and divisive issues.

This article was originally published on the Pacific Standard. Read the original article.