Race plays a critical role in shaping how people experience the world around them, so one would expect a rich body of literature published in mainstream psychological journals to examine its effects on people’s thoughts, feelings, and behavior. 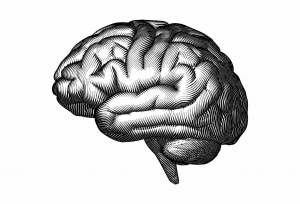 However, race is almost absent from top psychological publications, according to a new study led by Steven O. Roberts, an assistant professor of psychology in the School of Humanities and Sciences at Stanford University. His research, published in Perspectives on Psychological Science, found that prominent psychological publications that highlight race are rare, and when race is discussed, it is authored mostly and edited almost entirely by white scholars.

“Psychologists are supposed to know about racial bias and how to prevent it from stratifying the world,” Roberts said. “But if we, the so-called experts, have a problem, then society really has a problem.”

To examine racial representation in psychological research, Roberts and his Stanford research team—Carmelle Bareket-Shavit, Forrest A. Dollins, Peter D. Goldie, and Elizabeth Mortenson—looked at more than 26,000 empirical articles published between 1974 and 2018 in top-tier academic journals for three major areas of psychology: cognitive, developmental, and social. The journals the researchers focused on were Cognition, Cognitive Psychology, Child Development, Developmental Psychology, The Journal of Personality and Social Psychology, and Personality and Social Psychological Bulletin.

Who are the gatekeepers?

Unlike newspapers and magazines that the general public read, academic journals are intended for a scholarly audience. They are where scholars can debate and discuss their research findings with other experts in the field and also inform themselves on how the discipline is evolving. Overseeing the entire publication process at an academic journal is an editor-in-chief. In addition to managing the journal’s editorial board and recruiting other scholars to assess submissions for a process known as peer review, the editor-in-chief makes the final decision on what research is fit to publish.

“The editor-in-chief is in a powerful position to shape the ideas of an entire community,” said Roberts. Given these gatekeeping responsibilities, Roberts wanted to know more about who edits research about race and whether an editor’s race can predict how much of that research is published.

To determine the race of the editors and the authors they publish, the researchers searched and categorized photos they found of them online, which were often from their faculty webpage. They then emailed the scholars to ask for their self-identified racial identity. This allowed the researchers to ensure that their own assessments were accurate, which they were.

Of the journals that Roberts and his team surveyed, they found that of the 60 editors-in-chief between 1974 and 2018, 83 percent were white, 5 percent were people of color (POC), and 12 percent were unidentifiable because the researchers were unable to code their race (for example, they were deceased, retired, or had no images online). Of the publications with research that highlighted race, 87 percent were edited by white editors.

Racial makeup among editors-in-chief also varied among different areas of psychology. For example, there has never been a POC editor in either of the journals about cognitive psychology, a subfield that studies mental processes such as perception, memory, thinking, attention, and language.

Roberts hypothesizes that cognitive psychologists may avoid race because of their pursuit to study race-neutral, universal phenomena.

“A handful of studies published in top-tier cognitive journals make clear that cognitive processes, such as auditory processing, categorization, and memorization, do indeed vary as a function of racialized experiences,” Roberts explained. “To not acknowledge this, or to only study human thinking with white participants, is a disservice to science.”

Another explanation for the lack of racial diversity could be that white editors are subject to the same reluctance that white people in general have when it comes to discussing race. Previous research has shown that white people are more likely than people of color to avoid conversations about race. Either they don’t feel qualified enough on the issue to discuss it or they want to project an image of color-blindness, said Roberts.

Roberts also wanted to know the racial composition of the academics who are publishing research on race in these journals. Among the publications that the researchers studied, they found that 63 percent of the paper’s first authors—the people typically responsible for conducting the research and writing the manuscript—were white, 23 percent were POC, and 14 percent were unidentifiable when it came to race.

The researchers next examined alternative explanations for why white authors might be overrepresented in top-tier psychology journals. For example, they explored whether the disparity might be explained by the quality of research. A measure academics use to assess quality is a scholar’s citation score; that is, how often they are referenced by other academics. Roberts found there was no difference between the citation counts of authors of color and white scholars.

“The overrepresentation of white authors in top-tier psychology journals is not explained by the quality of the research or by the quantity of the researchers. But it is explained by structural racism,” said Roberts. “These journals are dominated by white psychologists, which has implications for what and who is excluded from the scientific record.”

What to do next, and what can be done right now

“Our discipline is supposed to know how racism works. If we are to eradicate racism from our society we need to eradicate it from our science,” Roberts said. “We need to put anti-racist systems in place.”

The first thing journals can do is communicate a top-down commitment to diversity, said Roberts. This means explicitly stating whether the journal publishes research that is sensitive to diversity and whether it values the editing, writing, and participation of diverse scientists.

Other recommendations are to include diverse individuals across all levels of the publication process, evaluate the diversity of research participants in the review process, release public diversity reports annually, and establish a diversity task force.

Authors can make a change, as well. Roberts recommends that, for instance, authors detail and justify the racial demographics of their research participants. Doing so is uncommon in mainstream psychology journals, says Roberts.

Roberts hopes that this work will give recognition to generations of psychologists who have worked tirelessly in the field and largely been ignored in the publication process of the most esteemed journals.

“I see this paper is a tribute to all the great psychologists of color who have for decades navigated an unfair system,” Roberts said. “Hopefully this paper will inspire the change needed for everyone to get their perspectives shared.”