As a teacher and teacher-educator for more than a decade, I have had the privilege of working with thousands of educators. Now, in my current capacity as the director of education at the Yale Center for Emotional Intelligence, part of my job is supporting educators from all over the nation in learning, living, and teaching social and emotional learning (SEL), a set of life skills that support people in experiencing, managing, and expressing their emotions effectively and in fostering rewarding interpersonal relationships. Throughout all of these years working with educators in various capacities, I have been continually inspired by their dedication to supporting their students’ academic, social, and emotional growth. 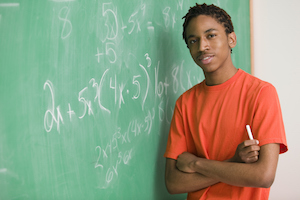 At the same time, I have been noticing an unfortunate trend among some of the educators—and other practitioners and scholars in the SEL field: When they describe how students of color behaved before they participated in an SEL program, they tend to use words like “rowdy,” “misguided,” “disengaged,” and “violent,” as if to highlight the urgent need for SEL programs for “these kids.”

In other words, they frame SEL as a sort of savior—one that transforms students of color from being unmotivated, loud, lazy, and uninterested students into motivated individuals suddenly enthusiastic about school and quiet enough to learn.

To be sure, one might wonder what’s wrong with a teacher describing the power and potential of SEL programming in that way, especially if it seems to be working—and especially if the teacher means well. In fact, we know from a 2011 meta-analysis of 213 school-based programs that SEL instruction helps improve students’ social and emotional skills, attitudes, and behaviors as well as their academic performance.

Here’s the problem: While stories about the impact of SEL may feel hopeful and uplifting to educators, parents, and others, they can also convey subtle messages that harm students inside and outside of the classroom.

Quite often, these stories perpetuate what University of Alabama professor Latrise Johnson calls a “failure narrative,” one suggesting that youth of color need SEL skills more than other children and that they would be better off if they would just learn to relate to people better, manage themselves more effectively, have more self-control, and be more calm. The result is that students of color—and their teachers—internalize the idea that such students are inherently deficient and in need of a teacher or some intervention to save them from themselves.

The consequences can be dire. Numerous studies have already suggested that teachers hold unconscious biases and stereotypes about children of color, leading them to discipline students of color more harshly than white students for the same behavior. Students of color begin to believe these messages about themselves in ways that influence their social and academic functioning at school, as demonstrated by research on teacher expectations and “stereotype threat,” which has found that when students of color think their performance on a test could be seen as confirming a negative stereotype about their ability, they feel added stress—which leads to the poor performance they were worried about confirming in the first place. And, research has also linked these same types of biases to the litany of tragic police shootings of black, Latino, and first-nation people: Evidence suggests that unconscious biases against non-white faces cause officers to assume the worst and pull the trigger more quickly.

So, how we tell stories about our students matters, particularly students of color, who do not need to look too far to see negative images of themselves littered throughout mass media. As a black educator who grew up poor in the Bronx, I know how dehumanizing it can be to hear that youth of color need saving and taming. I am still tackling my own internal challenges around impostor syndrome, and as a result, I’m particularly sensitive to the far-reaching effects that these stories can have.

Yet, from my experiences training thousands of educators around the country, I know firsthand that most teachers are very well-intentioned; they want to do right by their students.

I wholeheartedly believe we are capable of keeping our biases in check and changing the stories we tell about students of color. It is a process that takes time and commitment—and if you are an educator ready to commit to this work, here are four ways to begin.

1. Observe how you tell stories 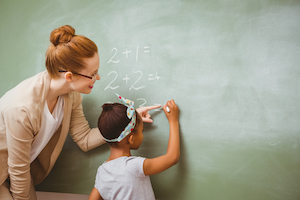 When sharing stories about your students, or listening to a colleague talk about his or her students, consider whether the story represents the fullness of a person or a people, or whether it disempowers them or perpetuates problematic stereotypes.

That is, is the story spreading a single narrative of children of color being fearful, unmanageable, and uninterested in learning? Is the story implicitly taking away your students’ agency in improving their own circumstances—are you solely their savior? Does the story discuss the societal and community contexts that may add stressors to your students’ lives, impacting their learning and behavior?

Instead of creating this reductive narrative about his students, which likely caused him to have low expectations for them, he could have approached his teaching dilemma as an opportunity to seek feedback on his classroom practice from his fellow teachers, and to reflect on ways that his instruction—and storytelling—could do more to respect and acknowledge his students’ assets, life experiences, and context.

That is, in addition to asking the reflective questions above, consider how you might tell more balanced narratives about students of color. Focus not only on discussing their shortcomings and challenges but also on highlighting their strengths—what makes them beautiful, resilient, kind, and interesting. In general, this kind of “strengths-based approach” leads to better outcomes for students.

Also, be aware of whether you describe students of color as “these kids” or as “our kids.” Saying “these kids” suggests a distance, a separation between your students and you—and this subtle shift in language can represent a major shift in your thinking and behavior towards them.

In sum, the goal is to refrain—and to help your colleagues refrain—from equating problematic behavior with problematic people and to emphasize students’ strengths, not their deficits. 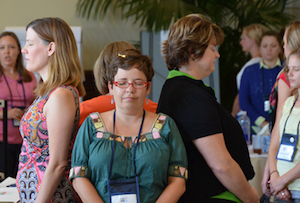 It can be hard to notice when our words are perpetuating harmful stereotypes about our students, especially since those stereotypes can be deeply ingrained in our consciousness.

Fortunately, research has identified an effective strategy for keeping our unconscious biases in check: mindfulness, the moment-by-moment awareness of our thoughts, feelings, and sensations.

Studies have found that mindfulness meditation practices not only cultivate positive emotional states toward others but also reduce our knee-jerk biases against certain social groups. In particular, studies on loving-kindness meditation, which includes discussing and cultivating love and compassion toward oneself and others, have found that it increases social connectedness and reduces bias. This may be because mindfulness subjects our unconscious biases and impulses to the scrutiny of our conscious awareness.

Engaging in a short daily practice of loving-kindness meditation can potentially help us reduce bias and connect more deeply with our students and their communities. Sure enough, a recent experiment found that when teachers received mindfulness training, they felt less stressed and were less quick to punish students.

3. Cultivate greater awareness of your power and privilege 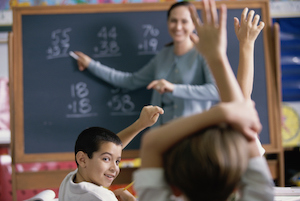 “Power is the ability not just to tell the story of another person, but to make it the definitive story of that person,” according to novelist Chimimanda Adichie. When telling stories, it is helpful to get into the habit of asking the following: Should I be the one telling this story?

While sharing people’s stories can sometimes give them a stronger platform from which to spread their work or ideas more widely or acknowledge their accomplishments, we also risk silencing other people when we tell their stories for them. For one, when teachers share stories about their students, they might implicitly take credit for the successes of their students. When we do that, we put ourselves at the center of the story and strip the student of the opportunity to highlight and fully own his or her successes.

Storytelling requires self-awareness, which involves reflecting on how our identity markers—gender, sexual orientation, religion, race, size, and so on—position us in the world and give us access to power and privileges, or not. Building this type of self-awareness is a lifelong practice that requires honesty, self-compassion, and deep reflection.

Author and educator Peggy McIntosh, a scholar on white privilege, outlines some reflective questions and practices that support becoming more aware of the privileges some of us are afforded that others are not.

When we are aware of our power and privilege, we are less likely to abuse them and more likely to be open to other people’s lived experiences, allowing us to move forward with more empathy in our storytelling and ultimately in our lives.

4. Create opportunities for people to tell their own stories

While it is important for everyone, regardless of background, to be empowered to author his or her own narrative, this is especially true for people of color and other marginalized groups because, historically, we have had fewer opportunities to have our stories heard. For instance, in Hollywood and in academia, the dearth of people of color had led to incomplete or even nonexistent narratives about ourselves.

To change this pattern, teachers can devise activities for students to share their diverse experiences; these could include spoken word performances, written pieces, podcasts, videos, other multimedia and art projects, or even simply one-on-one lunch conversations with classmates or educators. Additionally, in all spheres, increasing the diversity of people in the room will help ensure that more diverse voices are heard. When people become the authors of their own stories, they pave the way for social transformation.

Through engaging in these four practices, we can push through the discomfort of confronting our unconscious biases and create opportunities for people to tell their own stories. Importantly, although research has documented impressive benefits of SEL programming, we must be careful about viewing or describing it as a corrective to character flaws in some groups of children, and not others. Despite good intentions, these types of narratives about our young people of color do more harm than good.

Dena Simmons is the director of education at the Yale Center for Emotional Intelligence. Her views are her own.