Language can reveal our hidden beliefs and biases, such as the assumption that men are stronger at science than women, or blondes are less intelligent than brunettes, or blacks are more violent than whites. And this insidious form of prejudice can be devastating: When young girls are called bossy, for example—a trend brought to the spotlight by Facebook chief operating officer Sheryl Sandberg—they’re discouraged from becoming leaders.

But research indicates that mindfulness may help counter implicit bias—and a recent study published in the journal Mindfulness suggests it can do so for the hidden biases in our language. 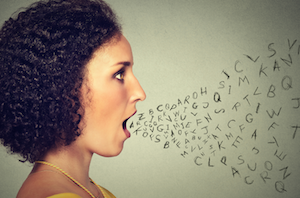 Researchers call this type of implicit bias “linguistic intergroup bias” (LIB). It means that individuals expect people in their “in-group” to behave positively and expect those in their “out-group” to behave negatively; in turn, they see these behaviors as reflections of character, and those judgments are reflected in their word choice.

To measure LIB, the researchers asked 84 Emory University students to assign descriptions to cartoons depicting adults in different scenarios. For example, one image showed a person hitting another person. While this could simply be described as one person hitting another, it could also be described as someone being “aggressive.” The first description is factual and accurate; the second makes an inference about character.

If participants were biased, they would tend to use factual descriptions when the cartoon characters represented someone in their group and judgmental descriptions when it represented an outsider. And that’s just what the researchers found, when they instructed participants to imagine the characters as either friends or enemies and then fully immerse themselves in their thoughts and feelings.

But could mindfulness alter this dynamic? Another group in the study was asked to mindfully attend to the cartoons, meaning to observe their thoughts as fleeting mental constructions not really part of the cartoon event. For this group, their tendency to provide biased responses lessened.

Often, stereotypes—about, say, individuals’ appearance, behaviors, academic prowess, or lack thereof—are deeply engrained, the product of years of biased thinking. Mindfulness seems to be a potential antidote to linguistic bias in the short-term and, the researchers hope, also in the longer term with more practice.

“Regardless of our intentions, the language we use may implicitly or explicitly transmit bias in the form of stereotypes and prejudice,” write Lauren Ann McDonough Lebois of Harvard Medical School and colleagues Moses M. Tincher of Emory University and Lawrence W. Barsalou of the University of Glasgow. But “accumulating evidence suggests that mindfulness reduces stereotypical and prejudicial cognition.”

Interacting with people who are different from us—members of an “out-group”—can be stressful, and this is partly where mindfulness might play a role. In addition to interrupting our initial biased thinking patterns, it could also change our physical responses. Relegating prejudiced thoughts to being “just thoughts” that will pass may reduce their influence; clammy hands could be a thing of the past—and so could the prejudiced words coming out of our mouths.