The intentions of social-emotional learning (SEL) programs are good—and so are the results. With outcomes like increased academic success, improved relationships with peers and teachers, and decreased risky behavior, few could deny that implementing SEL in schools is a win-win situation.

But recent studies have found that there’s no guarantee that a student will use SEL skills outside the classroom, a finding that requires us to ask the obvious question:  “Why not?” And perhaps even more importantly: “What is our ultimate purpose in teaching SEL?” 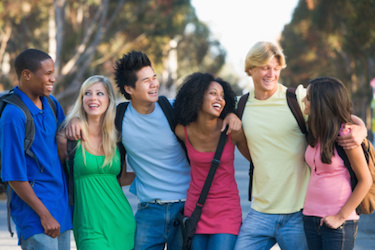 When I look at the approaches to emotional expression and management, empathy, relationships, decision-making, and conflict in most SEL curricula, they make a lot of sense to me. But perhaps that’s because I’m coming from the dominant white, Western, individualistic culture that created the curricula and, hence, decided which values, behaviors, and beliefs are appropriate to teach and practice.

New research is trying to push SEL beyond those cultural boundaries. The authors of one study interviewed a diverse group of urban and rural middle schoolers in a research-based SEL program to find out if they were applying those skills to life outside of school. The findings reveal that contextual factors mattered greatly as to whether or not the skills were used. For example, one boy mentioned that he would not empathize with a student who was being bullied if that student had bullied others in the past. Another student felt that aggression was the only solution out on the streets.

Other mitigating factors included students’ values and beliefs—and whether they felt an SEL skill was relevant and would actually work in a given situation. One girl thought that the strategies of staying calm and taking deep breaths when facing a bully would encourage rather than hinder a bully.

These and many other examples from the study show that, when teaching and designing SEL programs, we need to take into account factors such as students’ cultural values and beliefs about emotional expression and social interaction, along with exposure to racism, prejudice, and violence—all of which affect whether and how a student will use SEL skills. This research strongly suggests that we need to widen the lens in how we view and teach SEL.

Before considering these differences, I want to share two caveats. Most of the research compares individualistic cultures—e.g., U.S., UK, Australia—with collectivist ones, like China, Korea, or Japan. (Some research indicates that African-American and Latino-American cultures contain elements of collectivism, too.) This gives us a start in understanding our differences, but it’s still limited. Also, the differences between the cultures are not black and white: Elements of both cultures are found within each one.

For example, individualistic cultures view the self in relation to the individual, where a person’s goals, achievements, and rights matter the most. Thus, personal expression, autonomy, and high-arousal emotions such as enthusiasm and excitement are valued, as is being aware of and managing one’s emotions, thoughts, and behaviors. Children are encouraged to articulate their emotions as a way to build healthy self-esteem, and to exhibit self-confidence and assertiveness. In resolving a conflict, the norm is to express one’s desires and work out a win-win solution. All of these qualities mirror much of what is taught in SEL programs.

In contrast, collectivist cultures define the self in relation to others and uphold group harmony as the most salient value. Thus, cooperation, interdependence, and relationship skills are highly valued, and success is viewed in terms of family, not the individual. Emotional reserve and feeling calm and content are more the norm, as is humility and making sacrifices for the happiness of others. People are expected to defer to those of higher social standing, which helps to circumvent conflict. When conflict does occur in more-rigid social hierarchies, people will often just duck or disengage.

Perhaps the most important takeaway from these differences is that there is more than one way to live in this world—and both have their strengths and limitations.

So, imagine the inner challenge students from a collectivist culture might face in learning to resolve conflict by asserting themselves and their individual needs using “I-messages” (“I feel sad when you say that to me…”), when they’re taught at home to preserve group harmony by avoiding conflict. Or asking them to talk about their emotions or highlight personal successes, both of which could cause major discomfort because of the focus on the individual rather than the group.

Dena Simmons, Director of Implementation of the RULER program at the Yale Center for Emotional Intelligence, cautions educators of the mismatch between the social-emotional skills (and their underlying values) being taught in school and those at home.

“When you tell a student that there is one way to do this skill and this is the right way,” she explains, “and then if what they do at home is different, then there’s a disequilibrium. A process of self-hatred is started because everything the school does is basically saying, ‘You’re not right.’”

For educators who have multiple cultures in a classroom, each one falling somewhere on the individualist-collectivist continuum, being aware of and engaging in conversations with students about the various approaches to social and emotional practices can help validate students’ experiences and humanity. These kinds of discussions can also serve as a springboard to growing students’ understanding and acceptance of each other—perhaps a more powerful SEL tool than any other.

SEL programmers, too, have a role to play in helping teachers navigate the cultural aspect of SEL. Mary Hurley, Coordinator for SEL and Leadership Development in Oakland Unified School District—one with tremendous cultural diversity that is also part of CASEL’s Collaborating Districts Initiative—says that SEL programs need to be flexible and in reciprocal relationship with the school and community that they’re in.

“It can’t be a rigid one-size-fits-all scope and sequence that doesn’t take into account the cultural context,” she says. “Schools need to work in partnership with these programs, designing the professional development and addressing which program elements are core and which can be modified to fit cultural differences.” 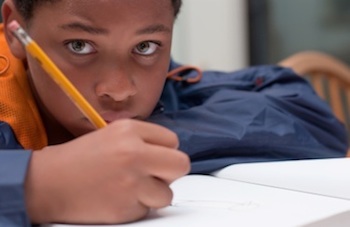 In addition to cultural differences, SEL programs and the educators who use them need to take into account the society in which students live and the impact this has on students’ likelihood of using SEL skills. It also pays to question a school’s purpose and methods for teaching these skills.

One of the great misfortunes of our world is that issues of racism, prejudice, power, and privilege still exist—and are quite rampant, as situations such as the U.S. primaries and the refugee crisis in Europe glaringly reveal.

SEL can help—but only if educators approach students with respect and self-awareness.

Racism involves imposing control over someone less powerful, often by communicating to the victim that he or she is unworthy, lazy, or deserving of harsh treatment. Consider that every day many of our youth (and adults) face a world that tells them, “You are not worthy and valuable,” which, according to Dr. Kenneth Hardy, expert in working with traumatized and oppressed populations, “makes it hard for youth to know who they really are—and easy to believe they are what others say.” In turn, this internalized messaging, he writes, “impairs the ability to advocate for oneself.”

This is where SEL can make a profound difference, because it has the potential to create a safe classroom environment in which students and educators can have open, honest, and validating conversations about the reality of what students face everyday. It also can provide students with emotional tools to counter negative messages and stand up against racism in their communities.

“When SEL is taught in context,” says Mary Hurley, “it highlights the strengths and challenges that an individual or community are bringing to the table.”

To illustrate this, Mary describes a fifth-grade classroom that regularly engages in class meetings as taught by the Caring School Community SEL program:

We have a video of a student who is talking about how he manages being teased or bullied, but he distinctly draws a line between how he handles it in school versus how he handles it walking to and from school. At school, the SEL skills he was taught are appropriate, but he has to manage himself differently outside school in order to be safe.

Instead of ignoring or trying to fix the student’s dilemma, the teacher turned it back over to the students asking them what they thought. According to Mary, some agreed with him and others told him that he needed to be able to walk away and calm down.

“It surfaced the tension, it didn’t resolve it,” she explains. “I was thrilled that the students felt comfortable enough to say what they did, which demonstrates that context really matters.”

SEL and the hidden wounds of racism

SEL can also serve to address the difficult issues of racism, privilege, and power at an even deeper level. And this is where we have to consider the question of what our purpose is in teaching SEL in the first place.

For instance, is it to be used as a band-aid for fitting the student into a particular academic mold determined by the dominant culture? Or can it help educators and schools understand and prevent the violence children experience when their authentic selves, cultural identities, and experiences are not acknowledged?

To illustrate, in classrooms with students who face racism and prejudice every day, self-management, one of the key components of SEL, often becomes anger management.

“Many youth of color suffer from the race-related trauma of rage,” explains Kenneth Hardy, “and youth of color are often prescribed anger management intervention, while rage from the hidden wound of racial oppression remains unaddressed.”

This can play out in the classroom when teachers use SEL as classroom management—getting the students to be quiet and compliant, rather than acknowledging and discussing the harsh realities they face in the world.

But getting to this level is challenging and requires educators who are willing to do the difficult emotional inner work of addressing the underlying issues of race in order to skillfully bring this to students…and then reflecting on who is in their classrooms and understanding the narrative and experiences of the students.

Dena Simmons is hoping SEL programmers will include this in their professional development of teachers. “We need educators to reflect on their own power and privilege and how that shows up in the classroom and how that may inadvertently cause violence to students,” she explains. “We also need to ask them to consider what identity and what baggage they might be bringing into the classroom.”

In addition, at least two SEL programs, Facing History and Ourselves and Resolving Conflict Creatively Program, tackle issues of racism and prejudice directly.

Ultimately, seeing SEL through a lens of culture, racism, prejudice, power, and privilege creates a very complex picture—and it needs to occur in classrooms and schools with students from all backgrounds, not just those who are impacted the most by these issues.

But while there are no quick fixes or easy answers—I’ve only scratched the surface—there is a great opportunity here: To grow in our awareness and understanding of ourselves, our students, our schools, and our society—and perhaps to make some long awaited and urgent changes.

Deep gratitude to Dena Simmons from the Yale Center for Emotional Intelligence, Mary Hurley from Oakland Unified School District, and Linda Lantieri from Inner Resilience for sharing their insight and wisdom on this topic.