It’s easy to get discouraged about the levels of racism and prejudice in our society. We see news of black teens being gunned down by white police officers, gay children being bullied, and townspeople shouting at immigrant children to go home. We feel horrified but also helpless. Prejudice seems to be so deeply rooted in our culture that we wonder what if anything can be done to change it. 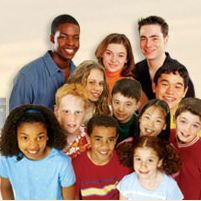 The study of cross-group friendships came out of a long history of research looking at the “contact hypothesis.” Originally coined by psychologist Gordon Allport in 1954, the hypothesis stated that positive interpersonal contact between racial and ethnic groups decreases prejudice. More recent research has focused on the mechanisms through which intergroup contact works, and cross-group friendships seem to be a key factor.

In a new 2014 study, Elizabeth Page-Gould, Rodolfo Mendoza-Denton, and Wendy Berry Mendes looked at how cross-group friendships affect anxiety caused by fear of rejection due to race. The first part of their study involved having African-Americans in the greater Boston area fill out questionnaires about friendships, cross-race tensions, and anxiety. The researchers found that African-Americans who were prone to fear rejection but who had cross-race friendships had significantly fewer symptoms of anxiety than similar adults without those types of friendships.

In the second part, the researchers measured rejection sensitivity in Latino and white students at a university, then induced cross- and same-race-friendships by having students interview each other using progressively more intimate questions, and by assigning student pairs a cooperative task to complete. Afterwards, the students monitored and reported their daily symptoms of anxiety—e.g. headaches, body aches, low energy—for 10 days.  The researchers found that students who were otherwise sensitive to rejection had less anxiety if they’d made a cross-race friend than if they hadn’t. In other words, cross-group friendships formed in the lab protected students, making them less anxious about rejection.

Decades of studies like this new one suggest that cross-group friendships can have a powerful impact on prejudice through decreasing negative associations with race and ethnicity and decreasing anxiety around cross-group contact. Interestingly, research has also shown that these effects can spread beyond the individuals involved. In fact, just knowing someone who has a cross-group friendship can have similar effects on prejudice—a contagion effect not unlike that found with other prosocial behaviors, such as altruism.

This suggests that cross-group friendships may be a simple way to impact a whole community—and schools are one of the best places to start. According to UC Berkeley psychologist Mendoza-Denton, schools are an important place to fight against prejudice because kids’ friendships are most malleable when they are younger. He points to new research by David Yaeger and colleagues that suggests interventions aimed at improving social relationships and changing interpersonal behavior are most effective in earlier grades…before prejudice becomes too entrenched.

“Schools are an important leverage point for the development of friendships because they are natural places where common activities—like chess club, drawing activities, study groups—can occur and be fostered,” says Mendoza-Denton, who is a former director of the Greater Good Science Center and coeditor of Are We Born Racist? New Insights from Neuroscience and Positive Psychology

Given how devastating the impacts of prejudice are, it seems a no-brainer that we use this knowledge to encourage intergroup friendships in schools, where they might make the most impact on our kids. Research suggests at least five ways that schools can do that. 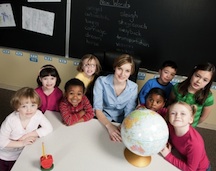 It makes sense that diversifying schools gives kids more opportunities to have intergroup contact and make intergroup friendships, and research bears this out.

In a 2010 study, Heidi McGlothlin and Melanie Killen tested students at elementary schools with either heterogeneous or homogeneous populations to see how they interpreted ambiguous, potentially racially-charged situations. The students were presented with eight pictures depicting possible moral transgressions—stealing money, not sharing toys, cheating on a test, or pushing someone off of a swing—and involving two characters: either a black transgressor and white victim or a white transgressor and black victim. The students were asked to interpret what they saw happening in the pictures and to rate how bad the transgressor was. They were also asked to predict how likely it was for the two characters to become friends.

In other studies, integrated schools have been shown to mitigate the effect of negative parental attitudes surrounding race. One 2009 study found that when children attended a more integrated school, the negative attitude of parents toward members of other groups was less likely to be shared by their kids, and the kids were more likely to have interracial friendships, than when children attended a more homogeneous school. This suggests that integrated schools have a unique role to play in decreasing prejudice and increasing intergroup friendships.

2. Teach kids to differentiate between seeing differences and prejudice. 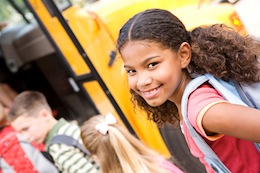 We all notice differences in outward appearance, no doubt a skill that served us well in prehistoric times when it was important to stay alert to dangers from other tribes. Even babies as young as 6 months old notice difference in face color, suggesting that it’s an inborn skill.

But, while noticing physical differences and categorizing is natural and part of our human heritage, assigning a negative connotation to difference—or prejudice—is a separate process, one that is socially constructed. That means it can be challenged.

Since negative stereotypes are ubiquitous in our culture and hard for children to avoid, McGill University psychologist Frances Aboud suggests tackling racism or other forms of prejudice with children head-on—for example, by challenging kids who assign negative characteristics to people of different ethnic groups by countering with a positive statement, like “Oh, I think he’s really interesting or fun” or “I’d like to be her friend” rather than chastising the child. She suggests teaching children about the negative impacts of stereotyping through stories and other learning tools.

Social-emotional learning programs also encourage perspective-taking and increased empathy among students—two important skills to combat prejudice. A 2008 meta-analysis of studies on intergroup contact found that empathy and perspective-taking were among the top three skills that helped decrease prejudice, suggesting that encouraging them in kids can help open the doors to friendship. A more recent 2014 analysis of 81 studies found that “From the great variety of different approaches, interventions based on direct contact experiences along with social-cognitive training programs designed to promote empathy and perspective taking showed the strongest effect sizes” on reducing prejudice.

As for older students, understanding the social roots of prejudice can help increase friendships too. In one study, students were assigned to read either an article that described race as something genetically encoded or another that explained the lack of evidence for genetics playing any meaningful role in race. Students who read the second article had much more interest in forming out-group friendships than those who read the first article, presumably because they understood that barriers of race were artificial and therefore not important in forming friendships.

Why do schools put up posters of Martin Luther King, Jr. and Cesar Chavez? Because images like these can make a difference in how kids view the social groups to which these American heroes belong.  Showing images of intergroup friendships can have a similar effect.

Children, like adults, tend to have negative expectations around intergroup friendships, like fearing they will be rejected by out-group members. But showing children examples of friendships between different groups can break down barriers around reaching out to others. In a study published in the School Library Journal, Krista Aronson and colleagues found that simply exposing children to books featuring cross-racial friendships in a positive light helped increase cross-group play among children.

In another study by Robyn Mallett and her colleagues, students watched a video of two interracial friends discussing how they met, and then wrote about their own, similar experience. Afterwards, when asked to interact with a black student they’d never met, the participants felt more positive about their interactions, and they increased the number of intergroup friendships formed over the subsequent weeks. These studies and others point to the power of role-modeling in challenging fears about intergroup friendship.

4. Engage diverse groups of children in cooperative tasks in the classroom.

The value of cooperative learning in the classroom in breaking down intergroup barriers has a long history in educational research.

In a 1982 study by David Johnson and Roger Johnson, students of diverse ethnicities were randomly assigned to participate in cooperative, competitive, or individual-focused units over a three-week period and then measured on their behavioral and attitudinal outcomes. Those students who participated in cooperative learning units showed better attitudes towards students of other ethnicities and more inter-ethnic contact than those in the other two conditions.

In some of Aboud’s more recent research, she and her colleagues have found that pairing kids in dyads rather than in groups has an even stronger impact on cross-group friendships, because it allows for more intimate connections to be made. Helping kids form cross-group friendships through shared activities becomes particularly important as kids reach 4th and 5th grades, when they are developing their personal identity and might start to reject cross-group friends, she says.

5. Encourage deeper engagement among kids of different social groups and build upon the understanding of our common humanity.

Kids may find it easier to categorize based on superficial differences; but engaging in deeper ways with one another tends to open the path to understanding our commonalities and encouraging friendships.

In addition, experiments like those of Page-Gould, Mendoza-Denton, and Mendes, show that friendships can be created, even artificially, if we encourage more honest, personal exchanges with deeper levels of self-disclosure. The more we spend time looking beyond superficial differences, the more we will have opportunities to look “under the hood” and to find commonalities that reinforce a sense of our common humanity.

While it may be easy to feel discouraged, we shouldn’t forget that great strides have been made in women’s rights, minority rights, and gay rights because of how people came together and changed attitudes in society… often radically so. Making sure we encourage schools to remain integrated and encouraging intergroup friendships are ways we can help our children continue to challenge prejudice and to lead the way toward a safer, more connected society for all.