Frances Haugen’s testimony before Congress—in which she argued that “Facebook’s products harm children, stoke division, and weaken our democracy”—has reignited discussion about the role of social media in society. 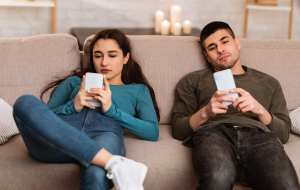 Her testimony isn’t the only reason we’re talking about social media. COVID-19 restrictions made social media more central to our lives than before. An analysis of internet traffic revealed that social media sites in particular saw spikes in activity during the pandemic. For instance, between January 2020 (pre-pandemic) and March 2020 (start of the pandemic), U.S. traffic on Facebook’s website increased by 27%. The Pew Research Center found that even after official lockdowns ended, almost a third of Americans reported being “almost constantly” online, and about half reported going online “several times a day,” a significant increase from previous years.

A decade of research has found that social media use tends to be bad for mental health and well-being. But the pandemic dramatically changed our social lives. With limited opportunities for face-to-face interaction, social media might have helped people to stay connected.

According to our research, however, this is not what happened. Our data indicate that social media use continued to be associated with worse mental health during the pandemic. This leads us to argue that social media should be used with caution. It is still no substitute for real human connection.

Criticisms of social media are far from new. The political consequences of these platforms have been under scrutiny at least since the Cambridge Analytica scandal in 2016. There has also been lots of research on the effects of social media use on individual well-being.

Large-scale studies that monitored thousands of American adults and British adolescents over multiple years have found that social media use is associated with worse mental health and even worse physical health.

These findings have been corroborated by randomized, controlled experiments. One experiment found that limiting social media use to 10 minutes per platform per day reduced loneliness, depression, and anxiety over three weeks. Other experiments have found that deactivating Facebook for one month—or even as little as one week—increases happiness, while reducing anxiety and depression.

One study found that passive social media use was associated with increased depression, whereas active use was associated with decreased depression. This suggests that social media use is only bad for mental health when it leads to “doomscrolling,” unfavorable social comparisons, and the like. It may even be good for mental health when it allows people to maintain long-distance relationships or stay engaged with local communities.

Did we need social media during the pandemic?

For obvious reasons, online socializing has been especially important during the pandemic. With such limited opportunities for in-person interaction, this could have been social media’s time to shine. During lockdowns and “social distancing,” people were especially hungry for interaction. Maybe—under these conditions—social media use could be good for mental health.

We investigated this question during fall 2020, with two groups of participants.

First, in October, we recruited students at the University of North Carolina at Chapel Hill. These students arrived for the fall semester, only to be sent home within about a week, when several “clusters” of COVID-19 cases emerged on campus. Second, in November, we recruited adults from around the United States.

We also assessed participants’ mental health—both negative outcomes (stress, anxiety, depression, and loneliness) as well as positive outcomes (life satisfaction and perceived meaning in life). In both groups, passive social media use, which made up about 75-80% of total use, was associated with worse overall mental health (both more of the negative outcomes and less of the positive).

Although active use was not related to positive outcomes, it was associated with worse negative outcomes among nationwide adults. These links held steady regardless of participants’ age, gender, race, and income level.

Overall, these results suggest that—even when people were physically isolated—social media use was not good for mental health.

In previous work from our lab, we found that, during the pandemic, social interaction quality (a sense of mutual care and concern and a sense of being “in sync”) is associated with better overall mental health—but social interaction quantity is not. In other words, socializing is good for people only when they experience positive connections with each other.

This may explain why even active social media use is not associated with better mental health. After all, in other research, our team has found that people experience relatively low levels of positive connection during digitally mediated interactions. Hence, even if you are trying to actively engage with others on social media, it can be hard to develop that sense of human-to-human connection.

That being said, it seems very likely that social media is here to stay. So, how can people use these platforms in more beneficial ways?

One possibility could be to use social media as springboards to more advantageous forms of socializing. For instance, you might use social media to organize community events (outdoors, perhaps, or physically distanced), or to stay updated on the status of a favorite local business.

Most importantly, we would encourage people to prioritize forms of interaction that are conducive to genuine human connection. Call an old friend. Host a picnic, or virtual board gaming night. Find some way to share positivity with others. And, unless it helps you to do that, we would suggest keeping social media use to a minimum.