It was no one other than Facebook’s former vice president for user growth, Chamath Palihapitiya, who advised people to take a “hard break” from social media. “We have created tools that are ripping apart the social fabric of how society works,” he said recently.

His comments echoed those of Facebook founding president Sean Parker. Social media provides a “social validation feedback loop (‘a little dopamine hit…because someone liked or commented on a photo or a post’),” he said. “That’s exactly the thing a hacker like myself would come up with because you’re exploiting a vulnerability in human psychology.” 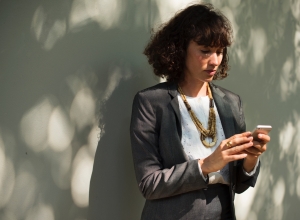 Are their fears overblown? What is social media doing to us as individuals and as a society?

Since over 70 percent of American teens and adults are on Facebook and over 1.2 billion users visit the site daily—with the average person spending over 90 minutes a day on all social media platforms combined—it’s vital that we gain wisdom about the social media genie, because it’s not going back into the bottle. Our wish to connect with others and express ourselves may indeed come with unwanted side effects.

The problems with social media

Social media is, of course, far from being all bad. There are often tangible benefits that follow from social media use. Many of us log on to social media for a sense of belonging, self-expression, curiosity, or a desire to connect. Apps like Facebook and Twitter allow us to stay in touch with geographically dispersed family and friends, communicate with like-minded others around our interests, and join with an online community to advocate for causes dear to our hearts.

Honestly sharing about ourselves online can enhance our feelings of well-being and online social support, at least in the short term. Facebook communities can help break down the stigma and negative stereotypes of illness, while social media, in general, can “serve as a spring board” for the “more reclusive…into greater social integration,” one study suggested.

But Parker and Palihapitiya are on to something when they talk about the addictive and socially corrosive qualities of social media. Facebook “addiction” (yes, there’s a test for this) looks similar on an MRI scan in some ways to substance abuse and gambling addictions. Some users even go to extremes to chase the highs of likes and followers. Twenty-six-year-old Wu Yongning recently fell to his death in pursuit of selfies precariously taken atop skyscrapers.

Facebook can also exacerbate envy. Envy is nothing if not corrosive of the social fabric, turning friendship into rivalry, hostility, and grudges. Social media tugs at us to view each other’s “highlight reels,” and all too often, we feel ourselves lacking by comparison. This can fuel personal growth, if we can turn envy into admiration, inspiration, and self-compassion; but, instead, it often causes us to feel dissatisfied with ourselves and others.

For example, a 2013 study by Ethan Kross and colleagues showed quite definitively that the more time young adults spent on Facebook, the worse off they felt. Participants were texted five times daily for two weeks to answer questions about their well-being, direct social contact, and Facebook use. The people who spent more time on Facebook felt significantly worse later on, even after controlling for other factors such as depression and loneliness.

Interestingly, those spending significant time on Facebook, but also engaging in moderate or high levels of direct social contact, still reported worsening well-being. The authors hypothesized that the comparisons and negative emotions triggered by Facebook were carried into real-world contact, perhaps damaging the healing power of in-person relationships.

More recently, Holly Shakya and Nicholas Christakis studied 5,208 adult Facebook users over two years, measuring life satisfaction and mental and physical health over time. All these outcomes were worse with greater Facebook use, and the way people used Facebook (e.g., passive or active use, liking, clicking, or posting) didn’t seem to matter.

“Exposure to the carefully curated images from others’ lives leads to negative self-comparison, and the sheer quantity of social media interaction may detract from more meaningful real-life experiences,” the researchers concluded.

How to rein in social media overuse 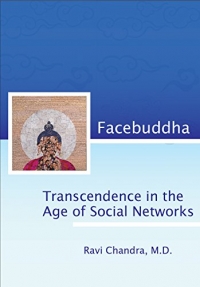 This article is adapted from Facebuddha: Transcendence in the Age of Social Networks (Pacific Heart Books, 2017, 412 pages).

So, what can we do to manage the downsides of social media? One idea is to log out of Facebook completely and take that “hard break.” Researcher Morten Tromholt of Denmark found that after taking a one-week break from Facebook, people had higher life satisfaction and positive emotions compared to people who stayed connected. The effect was especially pronounced for “heavy Facebook users, passive Facebook users, and users who tend to envy others on Facebook.”

We can also become more mindful and curious about social media’s effects on our minds and hearts, weighing the good and bad. We should ask ourselves how social media makes us feel and behave, and decide whether we need to limit our exposure to social media altogether (by logging out or deactivating our accounts) or simply modify our social media environment. Some people I’ve spoken with find ways of cleaning up their newsfeeds—from hiding everyone but their closest friends to “liking” only reputable news, information, and entertainment sources.

Knowing how social media affects our relationships, we might limit social media interactions to those that support real-world relationships. Instead of lurking or passively scrolling through a never-ending bevy of posts, we can stop to ask ourselves important questions, like What are my intentions? and What is this online realm doing to me and my relationships?

We each have to come to our own individual decisions about social media use, based on our own personal experience. Grounding ourselves in the research helps us weigh the good and bad and make those decisions. Though the genie is out of the bottle, we may find, as Shakya and Christakis put it, that “online social interactions are no substitute for the real thing,” and that in-person, healthy relationships are vital to society and our own individual well-being. We would do well to remember that truth and not put all our eggs in the social media basket.