It’s been five years since the #OscarsSoWhite movement began calling attention to how white-dominated the award-winning films are, but Hollywood still has a long way to go in embracing diversity. 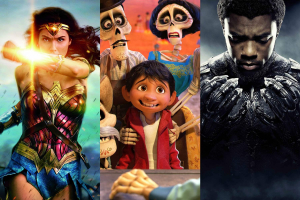 A new report adds fuel to that effort by showing that films with diverse characters and authentic stories actually make more money at the box office.

Researchers at UCLA’s Center for Scholars & Storytellers analyzed over 100 films released from 2016 to 2019. They tracked how much each film earned in the U.S. as well as its diversity score on Mediaversity, which takes into account not just who works on a movie (in terms of gender, race, sexuality, and disability status) but whether the story is authentic, culturally relevant, and inclusive. By this metric, movies like Coco, Black Panther, and Wonder Woman score high, whereas films like Joker and Shaft score low.

They found that films ranked below average for diversity take a financial hit at the box office, compared to films ranked above average. Even after accounting for critical acclaim, big-budget films lacking in diversity make about $27 million less on their opening weekend, with a potential loss of $130 million in total.

“Regardless of the critical acclaim of a film, money is still being left on the table if the film lacks authentically inclusive representation,” the report says.

This research came out of multidisciplinary “think tank” sessions at the Center for Scholars & Storytellers, which brought together researchers and industry professionals to explore important issues around entertainment media for young people. Along with the report, they also released a checklist to help creators tell more authentic, inclusive stories. For example, they warn against including diverse characters in stereotypical ways: the oversexualized Black woman, the criminal Latino, the passive Asian love interest.

Of course, money isn’t the only or the most important reason to make diverse films—but it helps make the case in the face of resistance. I talked to researchers Gerald Higginbotham and Yalda Uhls about how to make truly inclusive movies, what we as consumers can do to support them, and what impact they hope their report will have on the industry.

Kira Newman: What was the impetus for your research project? 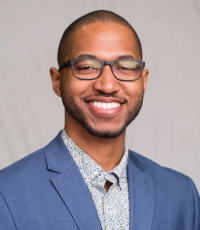 Gerald Higginbotham: The question originated as, “What is the cost of getting diversity wrong?” There were a couple of salient examples at the time that were criticized in the social media world and in broader different communities, where this movie representation wasn’t really capturing lived experiences or was relying on stereotypes or in certain cases was whitewashing some characters. It was also acknowledged that these movies were doing pretty bad at the box office, and so we thought, “Is there a way to quantify this cost of doing diversity wrong?”

GH: That was one of the key distinctions. If you have a cast that is super diverse, and you have people who are coming from underrepresented backgrounds—just have their faces there, their presence there—is that enough to actually translate to representation that’s authentic?

What does it mean to bring an authentic story to a film? That takes this knowledge of the culture, it takes experiences of the culture, and being able to translate that in a way that’s both entertaining and realistic.

We were able to identify some of these movies that did have diverse representation on screen but weren’t really doing well. For instance, there was Ghost in the Shell, which had diverse characters yet they weren’t really the main part of the story; they were used in very stereotypical ways. Then you had Scarlett Johansson, who’s the main character who’s a white woman, in a role that at least in the origin source material was Asian.

So you can have diverse characters, but what is their part in the story? What are they contributing? There are some movies that do have Black representation, but what are some of the other relevant communities within Black Americans and how are those communities being portrayed on screen? We highlighted Shaft and how representation of Black women in that movie was very stereotypical and sexist. Thinking about intersectionality even within representations of underrepresented communities, how is that coming across in the story?

What we tried to get at with our measure of authentic inclusion is something that captured all of that nuance and moved beyond just numbers on screen but also to who’s telling that story.

KN: Can you give an example of a movie that scored high on authentically inclusive representation and explain why?

GH: At the time when we were thinking about this report, it was on the heels of Black Panther, Coco, Crazy Rich Asians coming out—these movies that do have both diverse representations as well as more authentic inclusion of characters and their stories and their backgrounds, that do sell and can sell.

One of the films that stood out to me that I watched was Girls Trip: Race, gender, all these different identities, even in terms of job employment and socioeconomic status, really came together and told a unique story. Also, the story was told well and engaging and was a film that allowed everyone to have their own entry point into it, while still highlighting the unique experiences of Black women.

KN: For people who want to create a film that has authentically inclusive representation, what do they need to think about throughout the process? 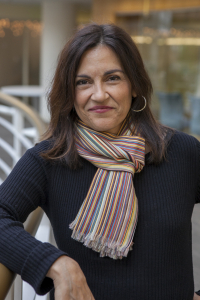 Yalda Uhls: From the very beginning, they need to make sure that they have someone who understands the story and perhaps has a lived experience with the story. You can’t have the same lived experience as every character you write about, so we don’t believe at the Center that if you haven’t lived the experience you can’t write or create it. At the same time, you really have to do your research, you have to do your homework, you have to consult with the right people, you have to check your unconscious bias.

GH: You need to have those people in the room who are from the background or the expertise that are relevant to the script, and you have to listen to them. Without those two things, it just increases the chances of you creating something that isn’t really reflective of the communities that you’re trying to portray. I think everyone has the best intentions when we’re trying to bring things to the screen or trying to tell a story, but even with those best of intentions, you might not be able to fully capture another group’s lived experience because you just haven’t lived it.

KN: For consumers who watch movies, is there anything we can do to help support authentically inclusive representation?

YU: First of all, nothing speaks more to the industry than box office, so support films that have this vs. don’t. And, second, and I think this is already happening, but don’t feel shy about sharing your point of view if you see something that doesn’t feel right. I think people do do that, but we can do it more because those two things are part of why the industry has shifted. The Oscars has released their new diversity and inclusion standards, partially because there was a lot of blowback with #OscarsSoWhite and all sorts of other things, and then consumers making it really, really clear that they care about these issues.

GH: In supporting those films, have the mindset when watching them that you’re there to learn, or just come in with a mind of openness. I hear people categorizing something as a Black film, or saying, “That film’s not for me because I don’t really like those types of things.” I think it’s really important to recognize that all film has a perspective that it’s trying to portray, and there’s a lot to learn from all groups and all of their experiences in this country, so be open to a different perspective.

We’re in a highly polarized time where people want to hear things that they already believe, but I think that that is a huge detriment to us as a collective community. So when engaging with films that you may not see yourself as represented in, keep that openness in mind, and the recognition that often individuals from marginalized groups have long been engaging with films that they haven’t seen themselves represented in. As things start to change, that’s something that all people are going to have to be a little bit more comfortable with.

KN: How has the response to the report been so far?

YU: It’s been amazing; it really has. It’s led to Gerald and I are working on some research together with the Creative Artists Agency, which is the biggest talent agency in Hollywood, and they represent major stars. We’ve talked to the Writers Guild, who were interested. We got published in Deadline Hollywood—until you’re in Deadline Hollywood, you’re not taken seriously [laughs].

We might be working with a few people to create a task force to think about more systemic issues about measuring. In order to make changes in the numerical representation, they have to have a baseline of where they are. Someone identifying your gender and race is not the perfect way to do it because there’s many nuances in that, so we’re trying to figure out how to move the industry toward more self-identifying so that they can set goals and have a baseline and move toward more diversity and inclusion. We did these great workshops with a studio last year that we’re hoping to continue doing around race.

I think the industry is starting to recognize that we need to get beyond number counting—at least advocates of these communities are starting to push for that—so this got attention because it was one of the first to really quantify this, beyond checking a box. While counting is critically important and you do want to make sure that there is representation of marginalized communities on the camera and behind the camera, you also need to make sure that there’s somebody on the creative team that can speak to the issues, either a cultural consultant who brings that lens to it, or somebody in the above-the-line talent, who people listen to.

KN: What do you hope the impact of this report will be?

GH: What I hope people take away from our report at the most basic level is the business case: If you’re not having these authentically inclusive kind of stories being told, if folks are not represented, if experiences are not represented, even if it is a good movie, you’re leaving money on the table.

Even deeper is this can be used as evidence that stories that do hold these nuanced, real, authentic views, they can have impact and that impact can be observed just in the first weekend at the box offices—they have draw, they have pull. Hopefully this can be used as a way to sustain what we’ve seen in some of the more recent movements and have this snowball effect where this doesn’t feel so unusual—we won’t be able to distinguish between a movie that does or does not have authentically inclusive representation because that becomes a norm.

I just think this is a good starting point. It answers that most basic question about money that people continue to come back to, so we can get past that conversation to the real need for this from a human and moral level.