It’s common for people to pit diversity against excellence, as if their interaction is a zero-sum game. But more and more evidence suggests that diverse teams are actually better at reaching their goals. 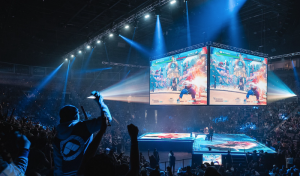 A recently published study looked at the performance of teams in eSports—competitive videogaming broadcast to the world through Internet and television streams—to understand the impact of team diversity on outcomes.

Once relegated to the fringes of the sports world, eSports is now a growing worldwide phenomenon. In 2017, the industry brought in $655 million in revenue—33 percent more than the previous year. People around the world are coming to see electronic gaming tournaments as similar to traditional sports.

One of the great triumphs of the traditional sporting arena has been to bring people of diverse backgrounds together. Many of our iconic civil rights figures emerged from the world of sports; their talents in the field helped win over skeptical minds and furthered the cause of integration. Few would argue that Jackie Robinson was not an asset to the Brooklyn Dodgers; his confrontation with prejudice benefited the team, which in turn helped the country overcome longstanding biases. Could diverse electronic sports teams reap the same benefits, to themselves and society?

Earlier this year, three researchers sought to provide an answer to this question. They chose eSports because they believed the field is much more analogous to the growing sectors of the economy than traditional sports. They note, for instance, that the result in an eSports match “depends more on mental abilities than on physical excellence.”

They also studied eSports because they believe many of the lessons could be applicable to other team-oriented fields. “The idea is to use eSports data to address general-interest economic issues, like team composition,” says Petr Parshakov, a Russian economics researcher at National Research University’s Higher School of Economics.

Petr Parshakov, Higher School of Economics at the National Research University in Russia.

Parshakov and colleagues examined the performance of the top 100 teams who competed in tournaments of the popular computer game CounterStrike: Global Offensive, a first-person shooting video game that is by one measure the second-most popular single eSports title.

CounterStrike’s professional playerbase is actually much more diverse than traditional sports leagues. Participants from 23 countries formed the teams studied, compared to 20 nations that were represented in an earlier study cited of the National Hockey League, or the 17 nationalities represented in Major League Baseball. In a sign of how diverse CounterStrike’s top teams are, they found that only around a third of the top teams were composed entirely of players from one country.

The researchers analyzed the composition of these CounterStrike teams, including their diversity in culture, language, and skills (meaning how skilled they are in each role of the game). They then looked at how the teams performed, focusing primarily on prize money won as a measure of achievement.

In fact, they found that cultural diversity was associated with significantly better performance. Single-country teams won 30 percent less prize money on average. For every representative from another country the team added, prize money would jump by almost 32 percent, all else being equal.

“I don’t think that nowadays knowledge is country-specific, especially in eSports, but cultural differences exist,” Parshakov says. “So, it is nice to show that teams could benefit from these differences.”

But not all forms of diversity were a strength for the competing teams. Teams did not benefit from having language diversity. “The more a team is concentrated in terms of language, the better its performance,” the researchers wrote. In addition, a diversity of skill levels did not provide any benefits to the teams.

Why achieving diversity can be so hard

In eSports, gender is a particularly difficult problem. The field is populated mostly by men, and women are only recently beginning to climb the ranks of professional eSports players. Unlike traditional sports, physical differences between men and women don’t present a barrier to participation; however, the heavily male-tilted demographics of the industry create a culture which is often uncomfortable for female players and players from other underrepresented demographic groups. 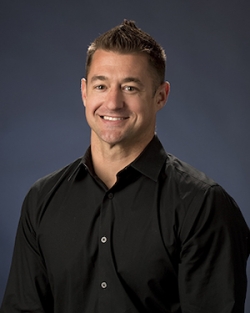 Mark Deppe, Director of the eSports program at the University of California, Irvin.

Sound familiar? The challenges faced by female eSports players are similar to those in other fields where the majority of the workforce is male. For example, a 2017 Pew poll found that 50 percent of women working in science, technology, engineering, and math jobs say they have experienced gender discrimination at work.

There isn’t gender inequality in eSports because women don’t play video games. One 2016 survey found that 41 percent of those who play on a regular basis are women. This suggests there may be other barriers to taking the leap into professional gaming.

Creating an environment conducive to diversity isn’t always the top priority for much of the playerbase in the industry, says Mark Deppe, who directs the eSports program at the University of California, Irvine. Indeed, in the Overwatch League—which revolves around the popular team-based first-person shooter—only a single female player competed as part of the league’s 121 players.

That player, South Korean 18-year-old Seyeon Kim, has been graceful in the face of doubts about her abilities. “I feel nothing about being the first woman in the league,” she said earlier this year. “I just see it as normal.”

Deppe offers two explanations for why we don’t see more gender diversity in particular in an activity that theoretically should have no barriers to anyone based on whether they are male or female.

“Young boys might be encouraged to play games while young girls, maybe not,” he says. However, the bigger obstacle might be the way people in the online gaming world communicate with each other, which can be rude and even abusive, especially to people who are perceived “as non-gamer-ish or not part of the community.” As a result, trolling and harassment are unfortunately common, and many advocates worry that the field is sometimes hostile to players who do not fit the traditional stereotype. 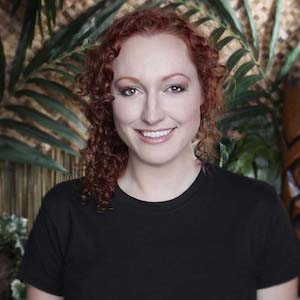 These concerns led sociologist T.L. Taylor and cultural anthropologist Morgan Romine to co-found AnyKey, an organization that works to make eSports more inclusive. The name refers to the common video-game prompt alerting players to press “any key” to continue with the game. The organization believes anyone should be able to be part of a vibrant eSports scene, regardless of their gender, race, sexual orientation, or anything else.

“There are lots of barriers to entry and to sustained participation that get put up along the way that need to be challenged,” Taylor says.

AnyKey tackles the issue of creating an inclusive environment in three different ways. First, they highlight players from underrepresented groups who can serve as role models. Second, they foster inclusive communities, which includes creating best practices for online chat moderation for streaming events.

Lastly, they work to create more opportunities, such as by helping organize women-only gaming events. AnyKey imagines these to be an entry point to women rather than trying to create a parallel gaming scene; the eventual goal is to integrate all genders into the same inclusive and holistic gaming tournaments.

Romine stresses that their programs are based on educating people who participate in the eSports scene, rather than simply banning offenders who behave in inappropriate ways. When you ban someone from an event, she argues, they don’t learn anything.

The gay black furry who rose to the top 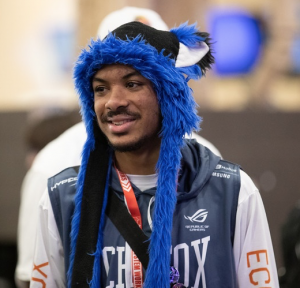 Despite persistent challenges, there are recent milestones that indicate that the eSports scene is becoming much more inclusive.

Earlier this year, Dominique McLean won the world title for the fighting game Dragon Ball FighterZ at the 2018 Evolution Championship Series in Las Vegas. McLean, who goes by the title SonicFox, won a tournament that consisted of more than 2,500 entrants, and quickly became a sensation among online gamers, despite being from a number of underrepresented backgrounds: He is African American, gay, and a member of a subculture who likes to dress in anthropomorphic animal costumes. Indeed, McLean often appears at tournaments fully costumed as a blue fox.

In an interview with a gaming publication earlier this year, he discussed dealing with anxiety at events when he was younger but that it has gotten better in recent years. He told the interviewer that his fame has had impacts on other underrepresented individuals as well:

I do get a lot of DMs from people because of me being myself…they’re open with themselves and their family. When I go out there and I say I’m gay, and things like that…I’m doing LGBTQ+ representation as well as doing what I’m doing which is like having a huge platform to speak on it. So as long as I can keep doing that, and making people feel really good about themselves, about who they are, and they can see somebody like me…also being themselves, come out, be themselves too! That’s all I want.

In early December, the Game Awards recognized him as the year’s Best eSports Player.

The implication of diversity in eSports is important to consider because the field shares many similarities with modern business culture. Due to their emphasis on mental abilities rather than physical prowess, note Parshakov and colleagues, “professional eSports teams are much more similar to commercial firms that operate in the ‘new economy’” than they are to other sports.

“Personally, I think that the way eSports teams are working and communicating is very similar to the other industries—for example, IT,” Parshakov says. If more culturally diverse eSports teams perform better because team members bring in different cultural traits that can push the team to excellence, it is likely that more culturally diverse firms across sectors could benefit from the same effect.