What is “white privilege”? The term, coined by feminist activist Peggy McIntosh in the 1980s, refers to advantages that white people, on average, have in American society. 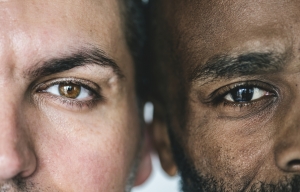 The goal of activists and educators who use the phrase is to educate Americans about how whites are born with benefits not afforded to people of minority ethnic backgrounds. Can you turn on the television and see people of your race widely represented? Do you tend to see racism only as individual acts of meanness, not as signs of systematic dominance over your group? Do you never worry about being followed or harassed when shopping? Those are signs of white privilege, according to McIntosh.

But a recent paper published in the Journal of Experimental Psychology: General suggests that the idea of white privilege may have an unexpected drawback: It can reduce empathy for white people who are struggling with poverty. The paper finds that social liberals—people who have socially liberal views on the major political issues—are actually less likely to empathize with a poor white person’s plight after being given a reading on white privilege.

Colgate University social psychologist Erin Cooley is one of the lead authors of the study. As a long-time researcher of prejudice and its impact on the way we think, Cooley was drawn to study the topic by related research she conducted on how Americans associate race with wealth. In another study published this year, Cooley and colleagues found participants were more likely to associate poverty with blacks as opposed to whites. They also found that this association predicted opposition toward welfare and redistributive economic policies—fed by the belief that these policies would necessarily benefit blacks over whites.

The flip side of people associating black people with poverty, she says, would be to associate wealth with being white, and she wanted to study what that looked like—in part because of conversations she had with her fiancé. “I’m a professor who studies racism,” she says. “And I’m about to marry a white man who grew up poor. We had a lot of complicated conversations early on about what it means to be white, especially a white man who’s poor.” Over time, she realized that she wasn’t thinking enough about divisions among white people.

In their study, the researchers had respondents grade themselves on a scale of social liberalism along a number of issues, such as abortion, gun safety, and gay rights. They also created an economic liberalism scale—based on viewpoints on issues like government spending and taxation—for the same respondents. Then they conducted a two-part experiment.

In the first part of the experiment, they gave participants a short reading about how white people have more social power than other racial groups in America. (A control group did not get the white privilege lesson.) In the second part, participants were told about a hypothetical man named Kevin who was down on his luck in New York City. Kevin was described as being raised by a single mother, a welfare recipient, and someone who had been in jail. However, they told one group that Kevin was a white man, while others heard he was black.

How sympathetic did the people feel toward white Kevin vs. black Kevin?

The results surprised the researchers. Cooley had wondered if teaching a liberal person about white privilege would increase their sympathy for a poor black person who doesn’t benefit from it. But that’s not what happened.

“Instead, what we found is that when liberals read about white privilege . . . it didn’t significantly change how they empathized with a poor black person—but it did significantly bump down their sympathy for a poor white person,” she says.

Cooley’s finding suggests that lessons about white privilege could persuade social liberals to place greater personal blame on poor white people for their social circumstances, out of the belief that their “privilege” outweighs other social factors that could have brought them to their station in life. At the same time, according to this study, these lessons may not be the most effective way to encourage support for poor African Americans.

So, how can we talk about racial inequality—a very real phenomena in the United States and the rest of the world—without inadvertently causing people to have less sympathy for poor whites?   According to Cooley, part of the answer lies in understanding the difference between individual reality and a statistical reality that exists on average.

“I do think that gets forgotten a lot,” she says. If you’re going to talk about white privilege, she argues, then it needs to be explicitly said that “this doesn’t mean that white people don’t have individual struggles . . . because a lot of people hear it as that.”

She adds: “If you compared any given poor white person to a poor person of color, would you necessarily be able to say one had it worse off than the other? No, of course not.” Whites, on average, are privileged in terms of race—but some of them are born with more disadvantages than others. If we can recognize these nuances, Cooley’s work suggests, then it might help us to feel more empathy for everyone.