In recent years, research on White identity has gained traction in the psychological literature.

Researchers and clinicians have grown to realize that this group struggles with questions such as, “What does it mean to be White in my culture?” and, “What does being White mean to me?” 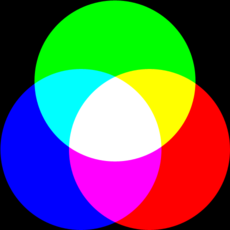 When science stumbles on these kinds of inconsistent, “all over the map” relationships, it usually means that there is another factor playing a role that researchers have not yet accounted for.

For example, ethnic identity among minority students has sometimes been linked to better academic outcomes, and sometimes linked to worse academic outcomes. My own research (Mendoza-Denton, Pietrzak, and Downey, 2008) has found that whether students worry that they may be discriminated against in their schooling context determines whether their ethnic identity serves as a strength or a risk factor.

My colleagues Matt Goren and Victoria Plaut at UC Berkeley have tackled the confusing relationship between White identity and intergroup attitudes in a 2011 paper published in the journal Self and Identity.

Goren and Plaut recognized that White identity is not a unitary phenomenon; rather, that it can take different forms. The researchers discovered that although some Whites were indeed weakly identified, those who identified strongly fell into two primary groups.

One group very much identified with being White, but in a way that allowed them to recognize White privilege (see this interesting post by Mikhail Lyubansky, “Ten Things Everyone Should Know About White Privilege Today”). The researchers called this group the the “power cognizant” group. The other group also identified with being White, but described their experience much more in terms of how proud they were to be a part of the group. This group the researchers termed the “prideful” group.

Once the researchers divided the highly identified Whites into these two groups, the picture rapidly came into focus.

Even though these two groups had similar levels of White identification, the power-cognizant group held significantly more positive attitudes towards diversity, as measured with items such as, “Universities should foster environments where differences are valued,” and, “A university education should expose students to the important differences in ideas and vaues that exist in the world.” The prideful group, by contrast, did not endorse these items as strongly, and showed a greater tendency towards prejudice than the power-cognizant group.

The key here is that if one were not to distinguish between these two groups, the research would have found no relationship at all between White identification and attitudes towards diversity!

There are two take-home points.

The first is that our scientific conclusions are limited by the types of questions we ask, so that few, if any, scientific findings are really the last word on a given topic.

The second is more subtle, and extremely important for positive intergroup relations. Just because someone has a strong ethnic identity, we cannot make direct conclusions about their attitudes on other topics. This applies not just to Whites, but to members of other groups as well.