A few months ago, a first-of-its-kind study ranked 63 nations of the world in terms of empathy, and the United States came in at an enviable seventh place. If those results didn’t ring true to you, perhaps you’re just not aware of how caring your friends and neighbors really are.

Or you live in Alabama, Delaware, or Kentucky. 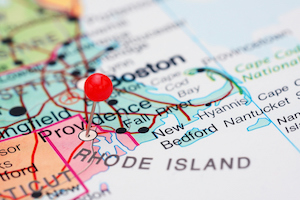 In a newly published study that breaks down levels of empathy on a state-by-state basis, those three states ranked at the bottom. At the top were Rhode Island, Montana, and Vermont.

This is more than just an answer to a trivia question. A research team led by psychologists Rachel Bach of Beloit College and William Chopik of Michigan State University report more empathic states also tend to have lower rates of violent crime, and higher levels of overall well-being.

The researchers analyzed data from 79,563 American adults who volunteered to complete an online survey on the website of another co-author, Sara Konrath. While not scientifically selected to represent the population, participants were from all 50 states and the District of Columbia.

They responded to seven statements reflecting empathic concern, such as “I often have tender, concerned feelings for people less fortunate than me.” Another seven statements referred to the ability to imagine others’ points of view, such as “I sometimes try to understand my friends better by imagining how things look from their perspective.”

For each statement, participants reported their level of agreement on a scale of one (“does not describe me well”) to five (“describes me very well”). Scores on the emotional and intellectual components of empathy were combined to create a “total empathy” rating.

According to this data, the states with the most empathic citizens are Rhode Island, Montana, Vermont, Maine, Oregon, Illinois, North Carolina, Utah, and California. Washington, D.C.—not technically a state, but included in the data—tied with Oregon for fifth place.

The states with the least-empathic residents are Alabama, Delaware, Kentucky, Maryland, Indiana, Kansas and Idaho (tied), Iowa, Alaska, and Pennsylvania.

The researchers also examined rates of pro-social and anti-social behavior in each state, utilizing such factors as the crime rate, the percentage of the population that engages in volunteer work, and how much the average resident gives to charity.

They found levels of total empathy “were positively related to state-level volunteering and higher well-being,” along with “lower rates of violent crime, aggravated assault, and robbery.”

While careful to note their findings do not prove causality, the researchers argue they provide evidence that “between-state differences in important outcomes like crime, economics, and health may be attributable to psychological characteristics of people living in those places.”

Why certain states or regions show more or less empathy isn’t clear, but the researchers note that social influence may play a role. “Those living in more charitable areas may have become more empathetic after witnessing the generous behavior in that area,” they write.

So if you’re living in a compassionate state, and taking advantage of the benefits of such a culture, be careful not to gloat. The people of Alabama don’t deserve disdain.

In fact, they could use some empathy.