Have you ever been annoyed by flip-flops in the scientific literature? Many people, for example, feel this way when it comes to nutrition science: Diet advice, it sometimes seems, changes almost as fast as hardware from Apple.

It can make one wonder about—even doubt—the usefulness of science. 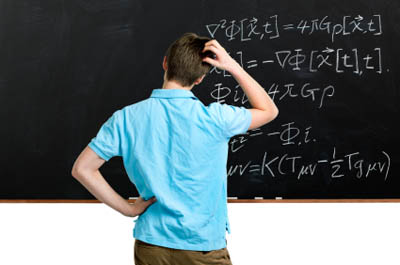 And so it was last week, when Greater Good Editor-in-Chief Jason Marsh referred me to a recently published article that contradicts the findings I talk about in this blog post about the relationship between empathy and prejudice.

My post summarized findings by researchers at the University of Manitoba showing that empathy and perspective taking can backfire in real-world intergroup interactions, because seeing the world through another person’s eyes activates negative “meta-stereotypes” (prevailing stereotypes about one’s own group) by which other people may be judging you.

In the study, white participants had to take the perspective of Aboriginal Canadians before (they thought) they’d have to interact with a member of that group. While you may think empathy would reduce prejudice, the participants seemed to anticipate the negativity with which they might be viewed, so their levels of prejudice didn’t decrease, and they actually recoiled from the upcoming interaction.

But Greater Good had just published this article about a study by researchers at the University of Cologne and Northwestern University, showing—yikes—that perspective taking reduced expressions of prejudice.

In one of their studies, the researchers found that after whites tried to take the perspective of an African American, they behaved more friendly toward a member of that group, and their African-American conversation partner liked them better. This is noteworthy because the research I had reviewed earlier suggested just the opposite—namely, that it is precisely in the real context of face-to-face intergroup interactions that empathy backfires (again, because in this context people worry about the stereotypes by which they might be perceived).

So what gives—what’s the bottom line? Is one of these two camps wrong? Is empathy good or bad for real-world interactions between races? Or should we just throw our hands up in the air and stop listening to psychologists altogether since they can barely seem to agree with one another?

Clearly, you won’t find me advocating that we stop listening to psychologists; I wouldn’t be able to do what I do if I didn’t believe in the value of the enterprise. What I do advocate, however, is that we appreciate the complexity of the human psyche, and respect the fact that it doesn’t give up its secrets easily. The road to understanding is full of zig-zags, and these studies on empathy are a case in point.

Rather than throw up my hands in despair, what this discrepancy motivates me to do is to try to understand the conditions under which empathy is more likely to activate these negative meta-sterotypes.

In the research I reviewed, for example, the white participants knew they were going to interact with an Aboriginal Canadian to discuss a movie about injustices towards Native Canadians. You can imagine that they might feel some anticipatory anxiety in this context.

By contrast, in the study on which Alex Dixon reported for Greater Good, participants (undergraduate students) in the perspective-taking condition first wrote an essay about the life of an African-American person in a photo, then spoke with a different African-American person about their psychology course. In other words, the topic of the discussion was unlikely to activate these meta-sterotypes, allowing the positive effects of empathy to shine through.

I don’t know if that difference is really what accounts for the apparent discrepancy between the two studies, but it’s a start. In other words, it’s a hypothesis (or an idea you can test—as my friends in the kids’ show Dinosaur Train would say). And we need further research to arrive at the answer.

Therein lies the value of science: Conflicting findings, rather than just being a source of frustration, help us arrive closer to important, more finely-tuned conclusions. In this case, rather than asking, ‘Is empathy good or bad for intergroup interactions?,’ the more important question may be, ‘Under what conditions does empathy activate meta-stereotypes?,’ because these meta-stereotypes may be key to whether perspective taking takes a positive or negative turn.

Now if I could only understand whether cholesterol is good or bad for me.

Great points - it’s too bad that Americans do not understand the scientific process in a more complete way. It seems like if people even do know what Google Scholar is, they think that a single study can prove something or that conflicting information means that one study is wrong and the other is right. Most seem to have no clue about replication, theory or how varying methods can affect a study. There was a study recently that tested local honey to prevent allergies. Subjects only tried the remedy for a few months, and the study concluded that it did not confirm the folk belief. Soon NY Times and many headlines announced that “the remedy does not work”. There were about a billion things they did not consider; the role of quercitin especially, the length of use, the way the honey is stored (refrigeration kills the enzymes), whether the treatment begins before or after the first allergy attack occurs.

Behavioral studes? Even more tricky. Replication and varying methods, I think, are the key.

ps If you were serious about the cholesterol, just think “good fats” i.e. omega 3s found in avacados and seaweed.  😊

I think empathy strongly reduces prejudice.  This past summer our VBS theme centered around understanding and loving others.  I try to use examples with my own children about what other children are going through.  It’s our job as parents to help teach our children what empathy is.  Not to feel sorry for them but to better understand what they are going through.

Great points. I do think its our job as parents to
teach and show children what empathy is.