In this divided world, there is a growing interest in cultivating empathy—in populations ranging from preschoolers to police officers. And for good reason: Studies suggest that, besides increasing kind and helpful behavior and making the world a better place to live, empathy contributes to our relationships and career success.

But where does empathy come from? Is it mostly taught by parents, teachers, and community? Or is it an innate personality trait determined by genetics? 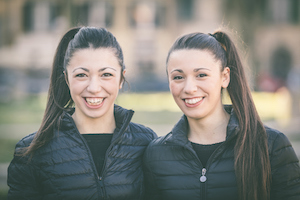 A recent study, conducted by Martin Melchers of the University of Bonn, Elisabeth Hahn of Saarland University, and colleagues and published in the journal Motivation and Emotion, sought to answer these questions. By using multiple ways of measuring empathy in 742 twins and adult siblings, the study provides some new insights into empathy’s origins.

Observational studies of very young children found low estimates of heritability, and these estimates varied depending on the children’s ages. Studies in adults, which have mostly relied on participants reporting their own empathy levels, have produced similarly disparate results, with estimates of the heritability of empathy ranging from 28 to 72 percent.

The study by Melcher, Hahn, and colleagues was the first to address the concern that participants don’t rate their own empathy accurately, by combining self-report surveys with the results from a behavioral empathy test. Specifically, the researchers looked at the heritability of two different subcomponents of empathy: affective empathy, or a person’s ability to feel what someone else is feeling, and cognitive empathy, or a person’s ability to understand another person’s feelings and reasoning.

To do this, Melchers and colleagues compared the similarity in empathy levels between identical twin pairs, who are virtually genetically identical, to the similarity between fraternal twins and other sibling pairs, who are expected to share about half of their genetic background. This way, the researchers were able to determine the extent to which individual differences in empathy are likely due to inherited genetic factors rather than environmental ones.

To quantify the participants’ affective and cognitive empathy levels, the researchers asked them to answer a questionnaire and take the Reading the Mind in the Eyes test, which measures the ability to recognize emotions from faces. Based on the results of these tests, Melcher and colleagues estimate that affective empathy is between 52-57 percent heritable, whereas cognitive empathy is less determined by genetics—about 27 percent heritable, presumably influenced more by environment and learning experiences.

These results are relevant to empathy training programs, the authors note, such as those offered to people with autism, to patients with conduct problems, and to prevent bullying in schools.

“These trainings often try to enhance participants’ ability for perspective taking, following the idea that better abilities in this domain may lead to empathic concern/affective empathy,” write the researchers. Yet differences in the success of this training might be due in part to the heritability of affective empathy, they note—as some people may be more genetically hardwired to feel the emotions of others before even starting such a program.