Stress kills, as research by Robert Sapolsky and others has found—and during stressful times, it’s tempting to look out only for yourself.

But a new study suggests a healthier way to cope with the perils of stress: helping others.

The study, led by Michael J. Poulin of the University of Buffalo, followed 846 people over five years. At the start of the study, the researchers interviewed all of these people about stressful events in their lives, such as non-life-threatening illnesses, job loss, financial difficulties, or the death of a family member. 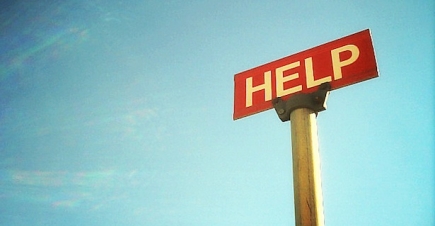 They also asked participants whether they had helped friends, neighbors, or relatives who did not live with them over the past year, and how much time they’d spent doing so. This included such altruistic deeds as driving people places, running errands for them, or doing housework or providing child care for others.

After five years, doing good clearly did good—for the givers.

“Over the five years of the study,” said Poulin in a press release, “we found that when dealing with stressful situations, those who had helped others during the previous year were less likely to die than those who had not helped others.”

For non-helpers, though, each stressful event increased the chance of dying over the next five years by 30 percent.

Prior research has shown that negative events can damage not only your mood but also your health. According to Poulin, acts of kindness buffer the giver against the harm of psychological stress that occurs when bad things happen in your life.

Study participants enjoyed the benefits of altruism regardless of how much time they spent focused on others. Helping more didn’t necessarily make people healthier; in fact, the results suggest that people who helped a lot (more than 80 hours over the past year) were slightly less resilient against stress than people who helped at more modest levels. The good news, then, is that offering even the occasional helping hand is still good for you.

The researchers can’t yet explain the story behind their results—that is, they don’t know precisely how altruistic deeds provide this health boost. But in an email, Poulin said he and his colleagues think the answer may involve the same biological mechanisms that drive parents to care for their children—such as the neurohormone oxytocin—which “can reduce certain physical responses to stress.” More research, though, is needed to elucidate the reasons why helping is so beneficial.

For now, of course, we don’t need to understand those reasons in order to reap the benefits of kindness. We just need to find ways to help.

“I think one of the best places to start is simply being aware of the needs of those around you,” says Poulin. “Providing help or care for others begins with noticing what those needs are.”

That said, he adds that it is probably not enough simply to go through the motions.

“Helping someone out of a feeling of obligation or hopes for getting something out of the exchange,” he says, “might be less beneficial than doing so genuinely hoping to make someone happy.”

In other words, if you help people largely in an effort to help yourself, you’re probably not going to add years to your life.