Despite rough economic times, charitable donations are still extremely common among people in the United States. But what influences people to keep on giving?

A recent study in the journal Hormones and Behavior suggests that the presence of oxytocin—a chemical released by the body during positive social interactions, like exchanging gifts—may cause people already prone to giving to give even more. Oxytocin is one of the biological sources of that warm, fuzzy feeling we get around the holidays. 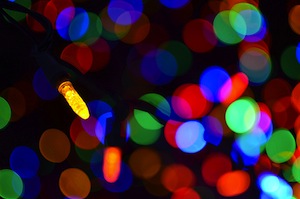 A team of researchers, led by Jorge Barraza of Claremont Graduate University’s Center for Neuroeconomics Studies, gave 132 male college students a dose of either oxytocin or a placebo. The students then played a series of games to earn money; afterward, they had the opportunity to donate a portion of their earnings to charity.

Roughly the same number of people in each group chose to donate—but those dosed with oxytocin gave 48 percent more money than people who took the placebo.

We’ve reported many times on the effects of oxytocin, which has been found to increase feelings of group affiliation and trust. Prior research has suggested that oxytocin makes people more likely to give directly to another person when they’re encouraged to empathize with that person.

But this is the first study to show that oxytocin can cause people to become more generous even when the object of their kindness is distant and only indirectly connected to them: Participants who received oxytocin didn’t know precisely when, where, or for whom their donations would be put to use, but they gave more anyway.

The study highlights the important role of oxytocin in altruism. Our bodies produce this chemical that induces us to give, even if we do not see or experience the positive effects of our gifts—a form of altruism, according to the authors, that may be “uniquely human.”

Every man needs after a stressful working holiday for 5 days a week. Vacations do not have to travel out of town, because it can do at home for example playing with children, cooking, or taking time to relax in front of the television.