There’s definitely something to be said for first impressions. New research from the University of California, Berkeley, suggests it can take just 20 seconds to detect whether a stranger is genetically inclined to being trustworthy, kind, or compassionate.

The findings reinforce that healthy humans are wired to recognize strangers who may help them out in a tough situation. They also pave the way for genetic therapies for people who are not innately sympathetic, researchers said.

“It’s remarkable that complete strangers could pick up on who’s trustworthy, kind or compassionate in 20 seconds when all they saw was a person sitting in a chair listening to someone talk,” said Aleksandr Kogan, lead author of the study and a postdoctoral student at the University of Toronto at Mississauga.

Two dozen couples participated in the UC Berkeley study, and each provided DNA samples. Researchers then documented the couples as they talked about times when they had suffered. Video was recorded only of the partners as they took turns listening.

This video shows a sequence of five individuals listening to their romantic partners talk about times when they suffered.

A separate group of observers who did not know the couples were shown 20-second video clips of the listeners and asked to rate which seemed most trustworthy, kind, and compassionate, based on their facial expressions and body language.

The listeners who got the highest ratings for empathy, it turned out, possess a particular variation of the oxytocin receptor gene known as the GG genotype.

“People can’t see genes, so there has to be something going on that is signaling these genetic differences to the strangers,” Kogan said. “What we found is that the people who had two copies of the G version displayed more trustworthy behaviors—more head nods, more eye contact, more smiling, more open body posture. And it was these behaviors that signaled kindness to the strangers.”

The study, which builds on previous UC Berkeley research on the human genetic predisposition to empathy, is published in the Nov. 14 online issue of the journal Proceedings of the National Academy of Sciences. An earlier UC Berkeley study looked at three combinations of gene variations of the oxytocin receptors AA, AG and GG.

It found that the people who were most empathetic – in that they were able to accurately interpret others’ emotions – had two copies of the “G allele.” In contrast, members of the AA and AG allele groups were found to be less capable of putting themselves in the shoes of others and more likely to get stressed out in difficult situations.

Widely known as the “cuddle” or “love” hormone, oxytocin is secreted into the bloodstream and the brain, where it promotes social interaction, bonding and romantic love, among other functions.

Kogan pointed out that having the AA or AG instead of the GG genotype does not mark a person as unsympathetic.

“What ultimately makes us kind and cooperative is a mixture of numerous genetic and non-genetic factors. No one gene is doing the trick. Instead, each of these many forces is a thread pulling a person in one direction or another, and the oxytocin receptor gene is one of these threads,” Kogan said. 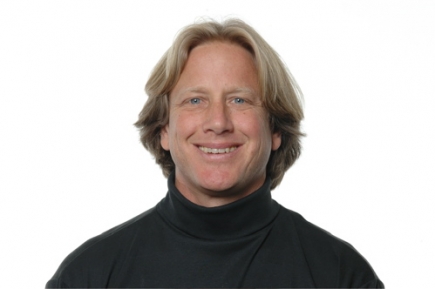 Do you trust this man? This GGSC's Dacher Keltner.

Very interesting - I’ve often thought their was a gene for compassion, because it come so naturally for some and not for others.

But where are the answers for the video?  I think there might be a link missing where it says See the answers.

Great article, and very interesting research. I do wonder sometimes about the interpretation of data in these types of experiments, though. Is there any way to definitively link presence of the gene with what we are calling sympathy? For if “having the AA or AG instead of the GG genotype does not mark a person as unsympathetic” I assume the reverse would apply too.

Interesting.  I nailed the quiz, so I’d love to be tested for
the genotype.

Are you sure the answer is correct? Person #3 nods and
smiles and gets in close. #4 has almost no reaction. If
that answer is right, then I’m not a good judge of
people, I guess.

Sorry to say; but it sounds like a load of rubbish. So called educated professors wasting a schools resources on such unverifiable nonsense is truly sad. Naturally only those people who agree with your theories could have these magic genes.
Have a nice day.

Look at the right hand movements of #2 and #3 - so impatient! #5 just looks a bit awkward and embarrassed. All seem focused more on their own needs than on the person talking about his/her experiences.

Interesting about the genotype. I was really quite self-centred for many years of my life and was far from empathic or compassionate. Following a personal crisis, I embarked on a journey of personal and spiritual development and became a counsellor. These days I have much more of a desire to get into other people’s shoes, and certainly feel more compassionate and caring and my values have changed a lot.

I would be interested to know whether I have the GG genotype but environmental factors discouraged its expression earlier in life, or whether I have a different genotype but life experiences have prompted me to choose a different way. Either way, to me it seems likely that kindness and compassion are influenced by both genetic and environmental factors, as Kogan suggests.

Very interesting. I scored 4 out of 5. Would love to see
more of this study.
And subject #2 looks like a creep!

I feel before any conclusions are drawn the study needs to be reexamined with a larger sample size and rigorous statistical analysis. Also, have previous studies shown a significant connection between oxytocin and empathy?

Hi Mathai, Good questions. There actually has been prior research suggesting a connection between oxytocin and empathy. You can read more about it here: http://greatergood.berkeley.edu/article/item/generosity_brain/
Thanks for your comment,
Jason