Humans often help each other out and give to charity, but what drives us to be generous toward complete strangers? Recent research led by Paul Zak, director of the Center for Neuroeconomics Studies at Claremont Graduate University in California, demonstrates that the hormone oxytocin can greatly increase generosity in humans, but only when we’re prompted to identify emotionally with another person.

Researchers gave male UCLA students a nasal spray containing either a saline placebo or oxytocin, a hormone that has been shown to increase trust, decrease fear, and promote social attachment. 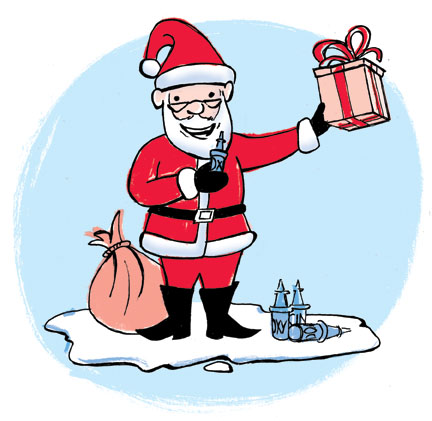 The students then played a game in which they were assigned the role of either a gift donor or recipient. Donors started with $10 and could share any of that amount with the recipient—a stranger—via a computerized transaction. The recipient then could accept the donation (in which case both participants walked away with their money), or reject it as insufficient (in which case neither party kept anything).

Before the game started, donors were asked to imagine the lowest offer they would consider accepting—an act of empathy, requiring that they imagine someone else’s point of view.

In a second game, the researchers didn’t prompt the donors to imagine the lowest offer they’d accept, and recipients did not have the opportunity to reject offers. In that case, the donation amounts did not differ between the oxytocin and placebo groups. The researchers conclude that oxytocin boosts generosity only when people have an opportunity to empathize with others.

In their study, published in the journal PLoS One, Zak and his co-authors note that oxytocin may actually enhance one’s ability to feel empathy. The authors cite several experiences that can increase natural oxytocin production, such as positive physical contact and signals of trust from others. “This suggests that a variety of factors we encounter in our daily lives may motivate us to be generous—even with strangers,” they write.