Many of this year’s most inspiring moments have a theme: building bridges across differences. Seeing goodness in others seems to do that, a phenomenon scientists call “moral elevation.” As Jill Suttie writes in Greater Good:

Moral elevation doesn’t just make you feel good. It actually encourages more compassion and generosity. In other words, it breaks down the barriers between people—something that Americans need right now. Stories of goodness have the capacity to touch us all, filling us with hope for humanity and the sense we can do better.

There are also quite a few inspiring moments from the world of professional sports. Why should they prove especially inspiring? Because in environments that prize winning above all else, players—all of them women—displayed emotional intelligence and acted to alleviate suffering. These show that competition and compassion can co-exist. More than that, however, these inspiring moments from the past year reveal just how much we need each other. 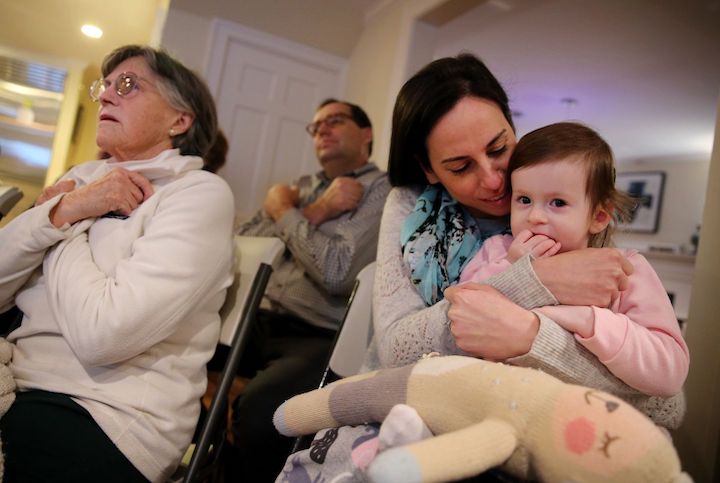 Samantha Savitz was born deaf in 2016, as The Boston Globe reported in February. Naturally, her parents, Glenda and Raphael, learned sign language. But in the years that followed, something unusual happened: their neighbors in Newton, MA, learned it, too. “People everywhere are looking to have a community,’’ said Lucia Marshall, who has lived in the neighborhood for 20 years. “Having something positive to rally around is a great thing. Sam is creating a reason for us to get together.” Learn about how a sense of purpose strengthens special-needs families and how to build a resilient family when a child has a disability. 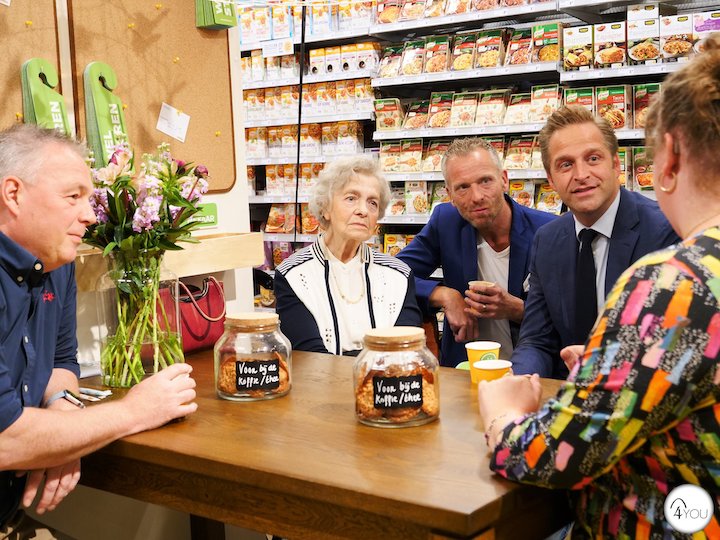 The All Together Coffee Corner at the Dutch Jumbo Supermarket in Vlijmen.

“According to research, about 50% of people 55 years and older, experience loneliness,” reports the website Brightvibes. “This inspired the Dutch local Jumbo Supermarket in Vlijmen to launch two great initiatives, namely an ‘All Together Coffee Corner’ and a ‘Chat Checkout.’” In a world where supermarkets are increasingly automated, it’s startling to see one choose to become a source of community. Learn more about the power of social connection. 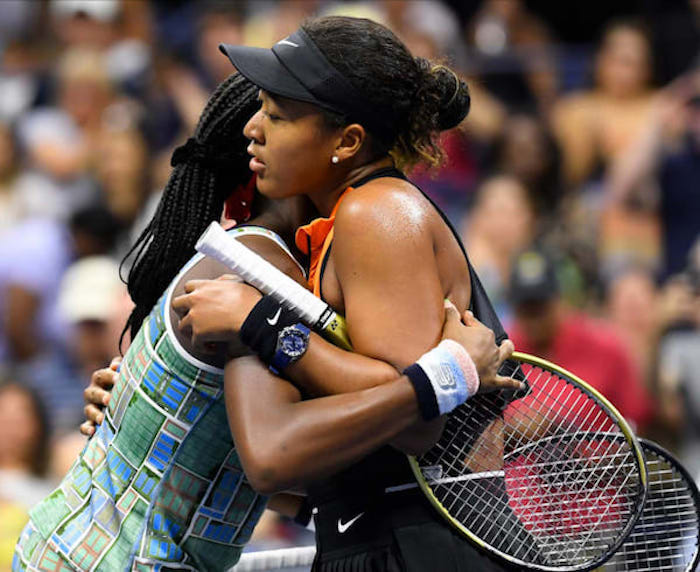 Fifteen-year-old Coco Gauff had a good year, starting with beating Venus Williams at Wimbledon. At the U.S. Open, it looked like her winning streak would continue until she faced Naomi Osaka in a grueling showdown. After Osaka won, Gauff broke down in tears. Osaka (only 21 years old herself) embraced Gauff and gave her words of encouragement. “Look, you’re amazing, seriously,” Osaka told her. “I think it’s better than going into the shower and crying. We have to let these people know how you feel.” It wasn’t just a show of sportsmanship; it was also a statement about the importance of sharing complicated emotions. Get three lessons in emotional intelligence from the Golden State Warriors. 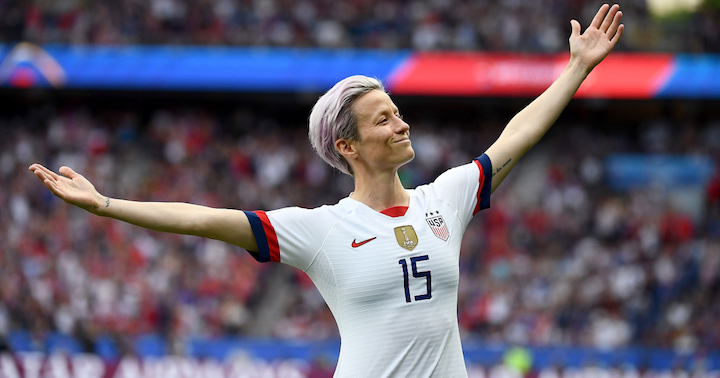 . In 2019, Megan Rapinoe did more than just lead the U.S. Women’s Soccer team to victory in the World Cup. Again and again, she used the platform built by her many, many accomplishments to speak out against injustice. She and her team took on disparities in pay for women athletes. She openly campaigned for LGBTQ+ rights. She stood in silent protest during the national anthem, in solidarity with former NFL player Colin Kaepernick. She openly resisted a visit to the White House in protest of the president’s rhetoric and policies, telling the media:

I think obviously answering with a lot of passion, considering how much time and effort and pride we take in the platform that we have, and using it for good, and for leaving the game in a better place and hopefully the world in a better place — I don’t think that I would want to go and I would encourage my teammates to think hard about lending that platform or having that co-opted by an administration that doesn’t feel the same way and fight for the same things we fight for.

Learn what the struggle for gay rights can teach us about bridging differences.

Players help an opponent when her hijab slips

In October, the Arab Orthodox Club played against Shabab al-Ordon Club during the WAFF Women’s Club Championship in Jordan. When the hijab of an Arab Orthodox Club player slipped off her head, exposing her hair, players from the opposing team immediately surrounded her so that she could pull it back up, instead of taking advantage of the pause. It was a startling act of religious solidarity and sportswomanship. Discover why religious diversity wins in the long run. 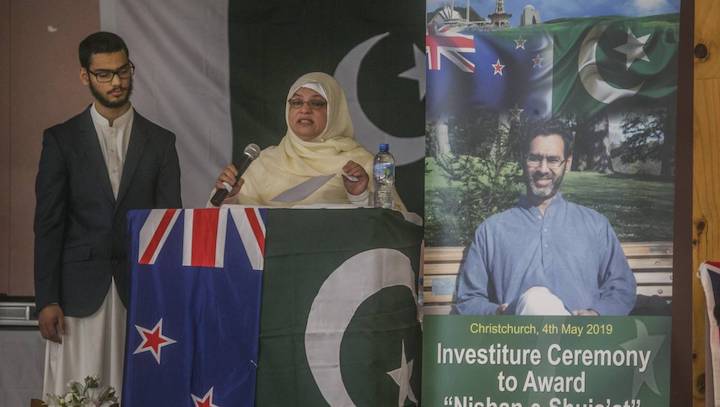 On March 15, a gunman killed 50 worshippers in a Christchurch, New Zealand, mosque. A video recorded by the gunman showed Naeem Rashid throwing himself at the man who had just shot his son, which gave others precious time to escape. In May, the Pakistani government honored Rashid with the Nishan-e-Shujaat medal, the highest award a civilian can receive. As the NZ site Stuff reported, “The ceremony was a seamless blend of Pakistan and New Zealand cultures with both national anthems being sung, a muslim prayer, readings from the Quran and a moving haka performed by friends of Rashid.” Find out how to fight anti-Muslim prejudice. 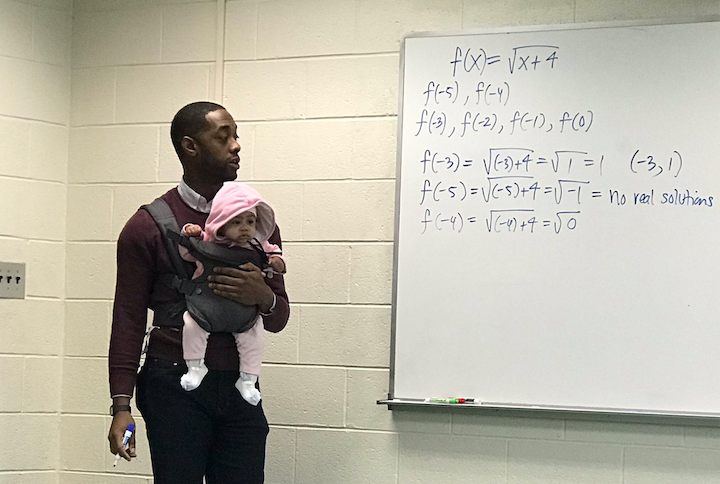 This isn’t the first time we’ve featured a male professor holding a baby in class. We share this latest example to illustrate that it’s become a kind of movement, one we’d like to encourage. In March, Morehouse College math professor Nathan Alexander caught student Wayne Hayer on his phone. When it turned out that Hayer was coordinating childcare, Alexander encouraged the senior to bring his baby to class, if necessary. When the baby acted up, Alexander took charge so that Hayer could focus. A fellow student snapped a photo and posted it to Twitter, where the image went viral. “To see a young African American man do it was empowering for people to see,” Hayer told The Washington Post. “The image and symbolism were important in changing how we view masculinity.” Learn how nature equips men to nurture. 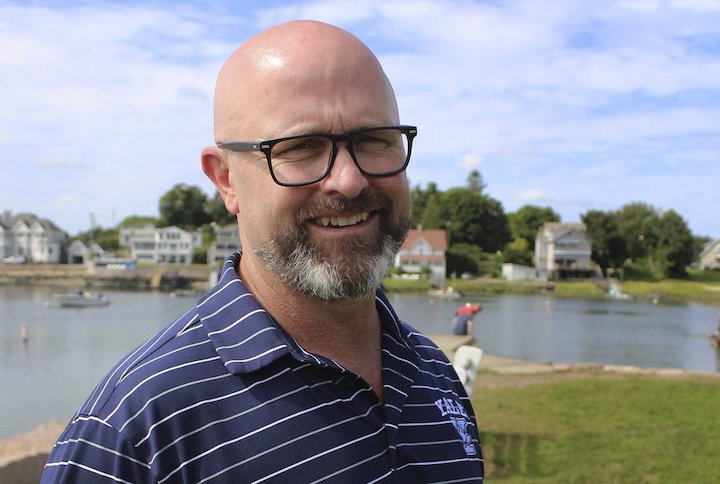 By his own account, former Navy SEAL James Hatch entered Yale with a headful of stereotypes about his much-younger fellow students being a bunch of “snowflakes” who needed “safe spaces.” In an essay in Medium, the combat veteran recounted how he learned to understand and respect his classmates. “We don’t need more condescending friction in humanity,” he writes in his essay. “We need less. One step in the direction of less societal friction is to seek commonalities. Another step, and one that is sorely needed, is respect.” Find out how Americans can find what they have in common.