Cat videos are hilarious, no doubt about that. But videos of altruism—like a bear saving a crow from drowning or a man in the subway giving his T-shirt to a homeless person—also make us somehow feel good inside. 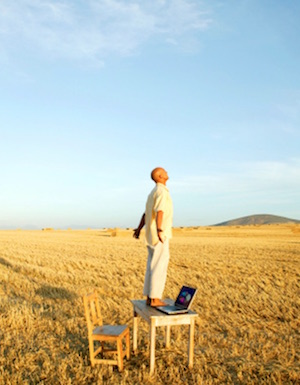 There’s little question that inspiring media make the world a better place: Research has shown that we feel inspired to do good in the world when we experience a specific set of self-transcendent emotions, which include elevation, awe, and gratitude. These are the feelings that take us beyond ourselves, to connect us with nature or humanity.

For the next two years, I’ll be part of a research team called Transcendent Emotions in Media (TEM). We are currently in the process of analyzing inspirational films, TV series, and Facebook posts, as well as the most-shared New York Times articles to explore how media can inspire people to build community and help others.

In fact, research says yes. In a study of over a thousand adults, my TEM research colleagues Mary Beth Oliver and Arthur A. Raney found two different kinds of media consumers: Those that tend to enjoy and seek out more lighthearted and humored content—and those that tend to appreciate and seek out content with greater insight and meaningfulness. The researchers also found that as people age, they tend to prefer more meaningful media while steering away from the purely pleasurable.

In a second study of over 500 undergraduate students, the same researchers found that people attracted to moving and meaningful media scored high on a specific set of personality traits, like tending to reflect about themselves, enjoying effortful cognitive activities (like puzzles), being attuned with their emotions, seeking situations that are emotional in nature, and searching for meaning in life.

In contrast, people who preferred purely pleasurable content had a greater tendency to be optimistic, spontaneous, playful, and humorous. People drawn to meaningful media content, perhaps unfortunately for them, did not exhibit these same traits, like playfulness, at all, or they displayed it to only a minor degree.

Some preliminary unpublished data that is coming out of our TEM grant project, this time from a nationally representative survey, supports and extends these results. We generally found that people who tend to prefer strong emotions, and who have a strong sense of purpose, experience inspiration—meaning they felt moved, grateful, connected to humanity, and motivated to make the world a better place—from a wide variety of media sources, including books, television, films, online videos, or music. In addition, we found that women reported greater inspiration from media than men—a finding that echoes previous research.

It seems that there are specific groups of people that are naturally drawn to meaningful and or inspirational media. They tend to be female. They like to think as well as experience emotions, and they’re the kind of people who search for the meaning in life. They also tend to be older, even though this age difference may be different depending on the media platform.

Who are the people who seek out and share the just-fun stuff? If you prefer funny cat videos over altruistic ones, you probably like cats, spend a lot of time online, and have a high propensity for kindness, sympathy, warmth and consideration. You might also be more shy and anxious. At least this is what the Indiana University researcher Jessica Gall Myrick found in her study investigating who watches cat videos. Myrick also found that they felt energized, happier, and more hopeful after watching the videos.

This does not mean that people who prefer laugh-out-loud media never seek out inspiring videos or articles, or such media doesn’t affect them. Anyone can be moved by media with powerful emotions. When researchers analyzed the content of the most emailed New York Times articles in 2011, they found that the ones which were highly arousing in nature—that provoked anger or anxiety, as well awe or inspiration—were more likely to be shared than content that was low in emotion or merely sad in nature. Positive, awe-inspiring content is just as likely to spread as negative articles, this research suggests, though their emotional impact will be quite different.

What might be better for you than consuming and sharing positive media? Creating it. A group of researchers at Penn State University asked participants to either create or watch a video that was inspiring—or not inspiring.  The results showed that creating an inspiring video made people feel more compassionate and moved than merely watching one, which in turn made them want to be a better person.  So shooting our own videos and uploading them on our favorite social media platform—or even just creating a simple animated PowerPoint series with meaningful pictures from your last vacation—may carry profound effects for our own well-being and that of others.

One thing is for sure: We’re constantly being exposed to a range of emotions through media, and the kind of media we consume and create can affect us deeply. The average American adult spends over four hours watching TV, according to Nielsen data from the last quarter of 2015—and three to four additional hours on their phones. That sounds impossible, but bear in mind that watching TV or looking at your phone are not mutually exclusive with each other or with other activities. These studies suggest that we need to become much more intentional about the kind of media we allow into our minds—or push into the minds of others.

It’s worth asking: What do you share on your social media? Will it demoralize your friends or lift them up? Is it cute or is it meaningful? Personally, I tend to share news I find inspiring; things that give me a feeling of “wow,” “whaaat?,” “awwwww,” and “no way!” Doing so gives me a double boost of inspiration: one lift from reading or watching the uplifting and meaningful content—and one from sharing it with others.

Knowing the difference, I hope, helps us to make more conscious decisions the next time we watch a video—or share it with others on social media.