We’ve all been there: Locked in a heated argument, blood pressure rising, fixated on our next point rather than actually listening to what the other person has to say. Even after it ends, it doesn’t really end—we keep ruminating on it for hours, days, weeks.

This is what journalist Amanda Ripley refers to as “high conflict”—and these days, we can slip into it when we’re simply scanning our social media feed or glancing at the news. It often feels like our entire country is stuck there.

That’s why Ripley wrote her new book, High Conflict: Why We Get Trapped and How We Get Out.

High Conflict speaks to the intense social and political polarization that is gripping our nation at this particular moment, yet it also offers timeless lessons for navigating conflict, whether it’s interpersonal, professional, or political.

I spoke with Ripley at an event last week that the Greater Good Science Center co-hosted with Berkeley Arts & Letters; here is an edited version of our conversation.

Jason Marsh: Journalists are supposed to thrive on conflict—you quote an editor of yours who said, “All great stories require conflict.” What led you to write a book that’s a warning about certain kinds of conflict? 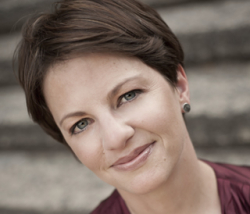 Amanda Ripley: I started out on this quest to find examples of people who had been stuck in really ugly conflict and gotten out, just to find some hope. What were the patterns? I realized pretty quickly that I was asking the wrong question, because it’s not about getting out of conflict, because conflict can be good and healthy. It’s getting out of high conflict.

High conflict can start small, but it becomes an us-vs.-them kind of feud. It becomes all-consuming and takes on a life of its own. Everything you do to get out of high conflict often makes it worse. A sure sign of high conflict is that it doesn’t operate according to the normal rules of engagement, and it doesn’t go anywhere. There is a feeling of being stuck in high conflict, being frozen, and you just have the same fights over and over.

Any time you divide humans into two oppositional camps, it really brings out our worst conflict instincts. But maybe the most chilling pattern I’ve seen in every high conflict is eventually everybody involved starts to mimic the behavior of their enemies. They start doing the thing they got into the fight to stop, almost always without realizing it at first. There’s something really diabolical about that paradox.

There are a few conditions that seem to reliably create high conflict. One of them is the presence of what I call “conflict entrepreneurs.” That’s basically a person or a company that exploits conflict for their own ends. It’s someone who just delights in every twist and turn, who finds meaning and camaraderie and connection in the conflict.

With good conflict, you can still get really angry and frustrated—it can be intense and heated—but there’s a feeling that it’s going somewhere. I know this sounds a little squishy, but I have no trouble telling the difference now. In good conflict, there are flashes of curiosity, more questions get asked, and people tend to leave the conflict more satisfied, even if they don’t agree (that’s not actually the only goal of conflict). I think we need much more good conflict in the United States and around the world, and much less high conflict.

JM: What questions can we ask ourselves to understand whether we are trapped in “high conflict” or “good conflict”?

AR: Some of the questions to ask yourself are: Am I losing sleep over this conflict? Do I feel happy when the other person or the other side suffers in some way, even if it doesn’t benefit me? Do I find that when I discuss this conflict [even] with people who agree with me, I leave that conversation more frustrated, like nobody’s illuminating or enlightening each other at this point?

JM: In a book about conflict, I never thought I’d read so much about crockpots. Tell me about the crockpot metaphor in the book.

AR: As a storyteller, for me one of the most fascinating things to realize is that most conflicts aren’t about what they seem to be about. They’re about that, but they’re also about something else, which I call the “understory”: the thing underneath the conflict that nobody’s talking about.

For example, I talk about a couple who was going to war about who was going to get the crockpot as they divvied up their possessions in their divorce. Eventually, if you ask the right questions, you find out that when the wife was a kid, her parents would have a pot roast going every Sunday in the crockpot. To her, that felt like a good home, and the couple had gotten it off their wedding registry, and they’d never used it. For her, it meant something she hadn’t yet achieved but wanted to. The husband, meanwhile, wanted it because she wanted it so badly. He didn’t even want the divorce, but she did, so this was one thing he could go to the mat on.

A lot of this isn’t even conscious, it’s important to note. Sometimes you get so wrapped up trying to win the fight that you don’t ask yourself—and no one asks you—these questions.

Now, if I’m in an argument with my husband, we literally talk about the crockpot—we can skip some steps and be like, what are we actually arguing about? That’s helpful because you don’t spend all this time going back and forth about the crockpot and you can hopefully get to [the real issue] faster.

JM: What has been the biggest takeaway from your reporting that you’ve applied to your personal life?

AR: The thing that has changed what I do every single day is a technique called “looping for understanding,” which is a form of active listening that [mediator] Gary Friedman taught me through an organization he cofounded in the San Francisco Bay Area called The Center for Understanding in Conflict. I went into this training thinking I know how to listen—I’ve professionally interviewed people for many years. But it turned out acting like you’re listening and nodding and smiling and going, “Mmm, I hear you,” is not listening, and people can tell the difference.

Looping means to really listen to the person, and you try to distill what they’re saying into the most elegant language you can muster. You don’t literally need to repeat it verbatim, but you’re trying to get the crux of what’s important to them, not to you. And then—this is important, I used to forget this in the beginning—you have to check if you got it right. You have to say, “So it sounds like you feel like this crockpot is really important to your idea of what a happy home looks like, is that right?” Ask with curiosity.

Curiosity is the key to the kingdom, but it has to be genuine. As soon as you do this, even if you get it wrong, people will correct you and you keep getting deeper and deeper. Their whole expression and posture change, even if it’s not that emotional of an interview. They’re just so grateful to feel like you’re trying to get them, and it’s poignant because it reveals how rarely it actually happens.

There’s a ton of cool research on this: As soon as people feel heard, they open up, they say more nuanced, complicated things, less exaggerated and extreme things, and they’re more likely to take in information they don’t want to hear.

I do it with my kid all the time. It’s great for parenting because it gets you out of that trap of thinking you have to fix everything or win the argument. Mostly what people want is to be heard, so you can give them that and move on.

JM: You write about how acknowledging the complexity of issues can help mitigate conflict, too. Could you share some of those findings?

AR: Peter Coleman and his colleagues run something called the Difficult Conversations Lab at Columbia where they pair up people who disagree strongly on really controversial subjects, whether it’s abortion or gun control. They have a 20-minute recorded conversation in which they try to come up with a statement they could both publicly put their names to. 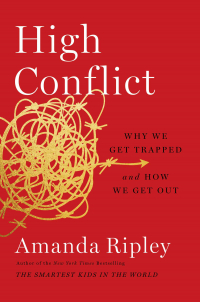 Sometimes this goes badly, and they have to end the conversation before the 20 minutes are up, but other times it goes well. People do experience anger and frustration, but they also experience flashes of curiosity, of humor, of understanding; they ask more questions. In the data analysis of these recordings, you can literally see good conflict and high conflict. In high conflict, it’s the same two emotions over and over and over: anger, frustration, anger, frustration. In good conflict, it’s like a galaxy of emotions.

What they found is they could actually induce good-conflict conversations by having people (before they went in) read a short news story that was about some other big controversy but acknowledged complexity explicitly. It said there are more than two sides to this debate; if you ask the polling questions a different way, you get a different answer, sometimes people have internal ambivalence about this subject. And it just acknowledged the truth, which is you can’t divide millions of people into two buckets; humans don’t work that way. Acknowledging that seemed to be contagious, and then that complexity was carried into the conversation.

JM: How can we have good conflict with someone who has more authority and power than we do, who isn’t responding to looping or promoting productive disagreement?

In any conflict, you can change what you do—you can set boundaries, you can try to distance yourself from high-conflict people and conflict entrepreneurs—but you can’t shift to good conflict with someone who doesn’t want something different. That’s a painful thing.

The good news, what I’ve found, is that people change. People can be really in high conflict or totally bewitched by conspiracy theories or even extremist ideology, and then they change. So part of the challenge is: How long can I stay in this person’s life, if I care about them, in the hopes that one day there will be an opening?

I went into [writing this book] pretty skeptical—I was not someone who’s super into dialogue and peace—and I came out the other side totally bought into the idea that there is a way to do good conflict. I’ve not only seen it, I’ve been part of it, and it is almost a transcendent feeling, to be challenged and to challenge other people without losing your dignity and your sense of humanity.