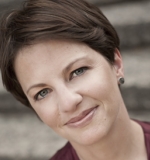 Amanda Ripley is a contributing writer at the Atlantic and a senior fellow at the Emerson Collective. She is the author of The Smartest Kids in the World—and How They Got That Way, a New York Times bestseller. Her first book, The Unthinkable: Who Survives When Disaster Strikes—and Why, was published in 15 countries and turned into a PBS documentary.

In her books and magazine writing, Amanda explores the gap between public policy and human behavior. For Time and The Atlantic, she has written cover stories on surviving hurricanes and plane crashes, the primacy of sports in American high schools and the science of motivating children. She is currently working on book and magazine projects about the lure of toxic conflicts—and how some people manage to break free from their spell.

Amanda’s work has also appeared in the New York Times, Slate, Politico, the Wall Street Journal and the Times of London. Her work has helped Time Magazine win two National Magazine Awards. To discuss her writing, Amanda has appeared on ABC, NBC, CNN, FOX News, and NPR. She has spoken at the Pentagon, the U.S. Senate, the State Department, and the Department of Homeland Security, as well as conferences on leadership, public policy, and education.

Before joining Time as a writer in 2000, Amanda covered the D.C. courts for Washington City Paper and Capitol Hill for Congressional Quarterly. She graduated from Cornell University. She currently lives in Washington, D.C. 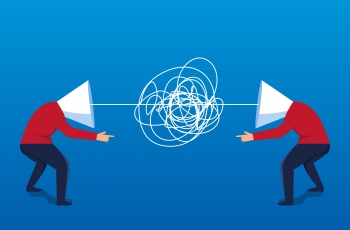 How to Talk to a Political Opponent Without Losing Your Cool

Could the secret to healing a polarized country lie in a Difficult Conversations Laboratory?