The experience of feeling different or unusual is familiar to many, and I know it well. Growing up as the daughter of a Jewish father and Christian mother who both became Baha’i, and the only white kid in a group of friends who were all first-generation immigrants, I also later married my South Asian partner, raising our biracial child between two continents. 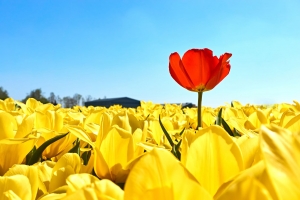 “Immersion in difference is my norm,” I’ve written elsewhere. In adulthood, I discovered that there really were sensory differences I experienced that made my inner life very different from others’, something I write about in my book Divergent Mind.

In her new book, Weird, Olga Khazan dives into various identities that can set a person apart, from religion and race to sexuality and socioeconomic class. As a self-defined poor Russian immigrant Jew growing up in small-town Texas, Khazan experienced life in a way that was defined and etched by the contrast between her family and the southern white American Christian families around her.

And yet—or, rather, because of—this life immersed in difference, Khazan found a unique strength and perspective, which paved the way for her successful career as a science and health journalist with The Atlantic. In the book, she interviews many others like herself, and celebrates being “weird.”

Her conclusions are similar to my own: that it’s important to find ways to connect when we feel lonely or isolated, and that all forms of difference can lead us to be more innovative, empowered, and self-assured.

Jenara Nerenberg: What do you think your book can teach us in this moment in particular, as we all straddle the pandemic? 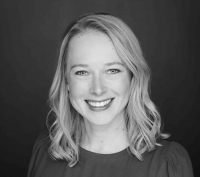 Olga Khazan: Well, it was not written with a pandemic in mind, but there are a few interesting takeaways. One is that one reason it’s so hard to get people to change norms quickly, and why so much outreach has been required regarding social distancing, is that social norms are just very hard to change quickly. A lot of the behaviors we consider “weird” or out of bounds are non-normative—they break the rules of society—and it’s really hard to change those rules on a dime.

We have these ways of doing things, and when there’s a government mandate from above that says “stop socializing,” it is very disorienting. I’ve also noticed there’s uncertainty—when people leave a building, [they wonder if they] should hold the door open for another or not, because it’s so entrenched, but in fact it’s more polite to avoid one another, get out of the way, and to do so quickly. People are struggling with that, because we have rules that are so ingrained and we don’t like breaking them.

OK: Yes, first, it’s so surprising how late our country was in accepting interracial marriage. And even with gay marriage, that’s recent in my lifetime. There are people who, because of love and a sense of identity, do push these boundaries and make us rethink what is acceptable and whether the current rules about what acceptability is are actually fair to them.

There’s an association between people who push boundaries in this way—out of a moral or internal sense—and not caring what society thinks. In the book, I mention an example of couples who did online dating [in the 1990s] before that was a social norm—they threw care to the wind and didn’t care if others looked down on them.

Obviously, interracial marriage is much more fraught, but what was interesting was a study from 2003 that found among students who thought gay marriage should be legal, those who felt their view was the morally correct one were willing to stick to their belief even if it was unpopular. This goes to what we know about norm-breakers, pioneers, rebels—they have this strong internal moral compass and when they believe they are doing the right thing, they don’t care that it’s not popular. It’s more important to them to stick by their principles rather than fitting in with the crowd.

There are just some people to whom it’s more important to be on the right side of history than it is to be popular or to be considered socially acceptable.

JN: Was there a common theme about the benefits of being an “outsider” that emerged from your research and interviews?

OK: Yes, a major benefit is creativity. People who are cast out for being “weird” seem to be able to cognitively break the rules in other ways, thinking up solutions that other people might not have come up with.

JN: What research surprised you the most as you were writing? 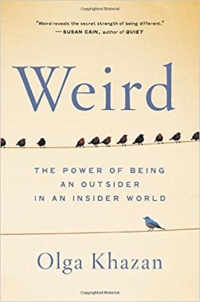 This doesn’t make logical sense, but our bodies tend to overreact to things. This is an example of our mind overreacting to the threat of someone being different, saying, “Hey, stay away from them, because you don’t want to catch whatever disease they might have.” Sometimes this can peak through to the conscious level, when pundits say things like, “Immigrants are bringing diseases across the border,” which makes it overt, but for the most part it’s below the surface. So I thought that was an interesting explanation as to why we so often have these instinctively negative reactions toward outsiders.

JN: What research would you like to see more of?

OK: Speaking of that topic of the behavioral immune system, I actually think it could use more development and hashing out. There have been a bunch of studies and several different researchers working on it, but I was left with some doubts, as there has been some research poking holes in the theory. So I’d like to see more research firming it up—it’s still a bit hazy for me.

JN: Obviously it’s important that we take steps to be more inclusive of differences as a society. In the meantime, how can individuals reframe their situation not as “weirdness” but as “standing out from the crowd” in a positive way?

OK: The way to reframe whatever’s going on with you into something more positive is through a well-known strategy in psychology called “cognitive reappraisal,” which is basically just thinking more positively about whatever is happening. The most famous example of this is when you’re nervous, especially in a performance-type situation, you can tell yourself, “I am excited.” And that can help you feel more positively about whatever is about to happen, because excitement is a positive emotion and nervousness is a negative one. So you can flip your own mindset. In the book, I talk about weirdness in the same way.

Another way is to look at your weirdness as an outsider would, a concept also known as “Solomon’s paradox.” The idea is that people are better at giving themselves advice or deciding what to do if they think of their problem from another person’s perspective.

My own personal issue was often that I didn’t have the same experiences that so many of my peers did—I grew up really poor, I didn’t go to summer camp, etc.—and it just feels like many of my peers in journalism talk about all that they had growing up. So I have a bit of sensitivity around what happens when we all start comparing our lives and our supposed shared experiences, that I don’t share.

Some others I spoke to had the same issue—and many of them are better than me and have found more positive ways of thinking about all this. One guy who went to a wealthy prep school—when others talked about their expensive vacations and he was just sitting at home with his parents, he would play that positively by pointing out how much time he had with his parents or talk about future plans of travel after graduation.

JN: Is it true that those with minority status sometimes band together while simultaneously walling themselves off from potential connection with the larger group?

OK: In the case of my interview subjects, they were usually alone in their status and there weren’t others like them in their communities. For example, a black Muslim woman I interviewed felt she could be friends with other black children or other Muslim children, but there weren’t any other black Muslims to hang out with, and both were huge parts of her identity. So for her it wasn’t a natural fit to just stick with one group, and so she befriended everyone and had a diverse array of friends.

Another woman I talked to who was much older—she was the only black student in her community. Another interview subject [mentioned above] felt like a misfit and kind of found other misfits to form a crew, and he described that as a hugely positive experience, a turning point, and a great salve for what had been a really difficult experience. He was a low-income student at a wealthy prep school, and he felt he really needed moral support.

But for others, there are just so few others like them, which was why I wanted to write about them. I did talk to a very liberal woman who befriended a Republican guy and they just decided together to not talk about politics. Another friend of hers was Christian and repeatedly said, “I’ll pray for you,” and she wasn’t religious but she just accepted it. I remember that from growing up in Texas, many people saying that, and I was always just like, “OK.” I think people try to build bridges, partly because they have no choice, as a way to get support rather than withdrawing.