In 1983, a white man walked into an all-white music venue in Frederick, Maryland, and he noticed that a black man was playing in an otherwise all-white country band.

He approached the musician and told him, “I really like y’all’s music. This is the first time I ever heard a black man play piano like Jerry Lee Lewis.” The piano player, a musician named Daryl Davis, replied that Jerry Lee Lewis was inspired by black musicians. 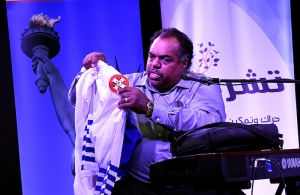 The man didn’t believe Davis, but liked his music so much he was willing to have a drink with Davis and talk about their shared love of piano music. He told Davis he had never had a drink with a black man before. Davis wanted to know why, and that’s when the man admitted he was a member of the Ku Klux Klan (KKK).

Despite being a Klansman, the man became a regular at Davis’s performances, because he learned to see him as a great individual piano player, rather than through the lens of group stereotypes. Ultimately, Davis discovered, the man was kicked out of the local KKK chapter.

This story reveals a crucial skill for building bridges between different kinds of people: focusing on individual characteristics rather than group identity. The encounter set Davis off on a crusade—he went on to befriend and convince over 200 members of the KKK to leave the organization. The entire effort was primarily based on Davis’s ability to connect with them one on one.

It might seem hard to argue with the idea that we should focus on what individuals say and do and believe, instead of unthinkingly inferring those things from their group membership—but, in fact, we use group affiliation to evaluate individuals all the time. What psychological forces drive us to do that, even when stereotyping other people is against our values? How can we teach ourselves to overlook group stereotypes and instead listen to individual stories?

We can find some answers in the research—and today we can see those scientific insights being put to the real-world test by bridge-building organizations around the United States.

Psychologists call our mental shortcuts “heuristics”—and we need them to help our brains navigate the world. If you see a creature with feathers sitting on a tree branch, it probably does fly and eat worms. If you are planning a trip to upstate New York in the winter, it’s not a bad idea to bring snow boots.

But heuristics can lead us to make potentially damaging assumptions about other people. Racial stereotyping, for instance, comes from the belief that membership in a racial group defines someone on a range of characteristics, including their behavior. This idea that group membership determines innate qualities is called “essentialism.”

Racial segregation results from a widespread belief in racial essentialism. Many whites in the Jim Crow South, for instance, falsely believed that skin color and race determined someone’s character, behavior, and intelligence.

That’s why the Reverend Dr. Martin Luther King, Jr., famously said during his 1963 speech at the March on Washington that he dreamed that his “four little children will one day live in a world where they will be judged not by the color of their skin but by the content of their character.” King was arguing that his children should be evaluated as individuals rather than as archetypes of a racial group. If we want to understand people, we need focus on individual words and actions, not their group identity.

But how? If stereotyping is so powerful that it can serve as the basis of an entire social system that required a Civil Rights movement to overturn, what can we do as individuals to see other people without prejudice?

That’s a question social scientists have been tackling for a long time.

Recently, Skidmore College psychologist Leigh Wilton was part of a team that tested out two different approaches to tackling essentialism. In one study, they gave participants a pair of readings (in addition to a control-condition statement) promoting a diversity component of a potential university strategic plan.

One reading emphasized the distinctiveness of different groups with sentences like this one:

Each group has its own talents, as well as its own problems, and by acknowledging both these strengths and weaknesses, we validate the identity of each group and we recognize its existence and its importance to the social fabric. 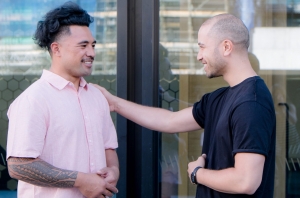 The second highlighted individual characteristics: “We must look beyond skin color and understand the person within, to see each person as an individual who is part of the larger group.”

Participants were then asked to complete a survey based on the Race Essentialism Scale, which seeks to assess “participants’ agreement with the view that race is unchangeable and biologically determined.”

The results? Participants who read the passage that emphasized group differences were more likely to report beliefs in race essentialism than those who got the individual-oriented message. In other words, focusing on individuals helped the participants see people from different cultures as individuals, rather than as groups with essential characteristics.

Wilton emphasizes that this doesn’t mean that it’s never useful to think in terms of groups. However, we need to be aware that this way of thinking does lead to more essentialist beliefs. “Challenges come up when people think about people in terms of their group identity, or they make assumptions about people…based on what they look like, or what their background is,” she explains.

Essentialism isn’t the only force that prevents us from seeing people as individuals.

Many of our social divisions stem from reacting to out-groups—people who do not belong to the social group we psychologically identify with—differently than we respond to our in-groups. Racial essentialism, for instance, can be driven by the belief that people from different racial groups have essential and categorical differences from us that make our co-existence difficult or impossible.

This reaction against out-groups is not always conscious or intentional. Research shows, for instance, that when people see someone from another group, their brains may automatically respond as if they’re confronting a physical threat. We quickly place people into a group category without even really thinking about it.

“When you simply categorize the person, you’re not attributing much of a mind to them ”

One neuroscience study performed by Princeton psychologist Susan Fiske found that when white participants saw photos of black faces and had two seconds to judge whether the people in these photographs were over the age of 21, they showed activity in the area of the brain called the amygdala, which indicates a high level of alertness and emotional arousal. In other words, they saw the face as a threat.

But the same study found that there was an easy way to maneuver around this automatic response.

In some cases, Fiske’s team asked the white participants to judge what sort of vegetable the people in the photos would prefer to eat. In those cases—when they were prompted to see the people as individuals, with their own tastes and preferences—the amygdala activity looked the same as when the participants saw white faces, suggesting that they were able to individuate—see the faces as individuals—rather than quickly group them into a category and see them as a threat.

Fiske explains that people often tend to quickly categorize people into group categories, but that learning more about a person can help you individuate them by thinking about what goes on in their individual mind.

“When you simply categorize the person, you’re not attributing much of a mind to them,” she says. “But when you’re trying to figure out what kind of human being they are, what their dispositions are, you have to think about their mind.”

By focusing on the characteristics of individuals, rather than their group identity, we can maneuver around segregating perceptions of out-groups that drive us apart rather than bring us together.

“What’s good about the vegetable task is it creates the most minimal possible goal it would take to get you to go beyond the category,” Fiske says.

Late last year, a group of kids from University Heights High School in New York City walked into a giant inflatable room and sat down to talk to a group of students sitting almost 700 miles away.

On the other side of the screen were students from Floyd Central High School in Eastern Kentucky, a mining region that couldn’t look more different than the South Bronx.

Yet the two groups of students quickly became friends, learning that there isn’t as much separating them—despite deep demographic, cultural, and political differences—as you might expect.

The project was put together by Narrative 4, an organization that works around the world to connect diverse groups of people through sharing their personal stories.

“We got these kids sort of hooked on each other through story exchange,” Lee Keylock, director of global programs at Narrative 4, told Greater Good. “It breaks down all these stereotypes and perceived biases.”

The foundation of libertarian-conservative billionaire Charles Koch funded part of the initiative. A classroom in Tampico, Mexico, also participated, making the project international.

What makes us unique?

Keylock explains that the students at University Heights come from many different faith backgrounds, as opposed to the more homogenous Catholic school in Tampico. So Narrative 4 advises the participants to avoid starting conversations by immediately asking about their opposite’s faith background—which would lump them into a group category—but instead to ask them to tell stories about what they personally believe.

“So, they already meet each other on a very personal plane,” Keylock says, “before they start talking about some of these big issues.”

The Sisterhood of Salaam Shalom takes a similar approach, working to build bonds between women in these two faith communities: Muslim and Jewish. For instance, the organization instructs participants to avoid discussing the Israeli-Palestinian conflict—a polarizing issue that often quickly divides Muslims and Jews—until they have known each other for an entire year. This allows the women to see each other as individuals rather than as partisan representatives of one side of a conflict.

The People’s Supper applies this insight to fostering ties between many different kinds of Americans. It has hosted over 900 dinners across the country, bringing together participants from diverse social and political backgrounds to talk about themselves and build companionship with people on the other side of major divides. “For us, the starting place is to not talk about politics,” Lennon Flowers, who helped launch the project, told Greater Good last year. “So often our conversations are limited to our positions, rather than our stories, rather than who we are.”

Through both research and the experience of practitioners in the field, we know that focusing on individual characteristics rather than group identity can be a powerful bridge-building tool.

Just ask Gary Nigh, a former KKK leader who was convinced by Davis to leave the organization. In a documentary called Accidental Courtesy, which features Davis’s anti-racist work, interviewers asked Nigh to explain his transformation. He gestured at Davis and replied: “I met him.”