In February, Michigan Democratic congresswoman Rashida Tlaib—a Palestinian-American who has argued American policy is too tilted towards Israel—met with two Democrats who disagreed with her: New York’s Josh Gottheimer and Virginia’s Elaine Luria. 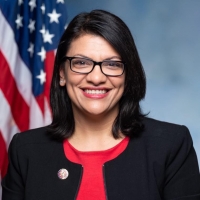 They aimed to build bridges—but the meeting soon turned contentious, as Gottheimer took the opportunity to object to certain statements Tlaib had made about the conflict, even bringing with him a binder full of remarks she had made.

“He was using a very stern tone, like a father to a child,” Tlaib told the press afterwards. “He had a goal of breaking me down.”

It’s an incident that illustrates when contact between groups can go wrong. In the mid 20th century, Harvard social psychologist Gordon Allport theorized that increased contact between people of different groups could help reduce prejudice and social tension; as more people came into contact with each other, his theory went, they’d get along better.

However, Allport stressed that not all intergroup contact is equally constructive. In his classic book The Nature of Prejudice, he cites examples of demographic changes that seemed to feed hostility and conflict:

In America the most serious riotous conditions have coincided with the immigration of large numbers of unfavored groups. Examples are the Broad Street riot in Boston in 1832 when the Irish population was rapidly increasing, the zoot-suit riots in Los Angeles in 1943 when Mexican labor was moving in, the Detroit riot in the same year.

This history led Allport to stress that certain conditions must be met for contact to succeed in breaking down barriers:

A great deal of subsequent research has validated his basic theory, on both the positive and negative sides. For instance, one study of U.S. media coverage found that by 2013, around 75 percent of major media coverage of Muslims was negative. Americans were being introduced to plenty of Muslims on their television sets, but the coverage was framed around acts of terrorism. This mediated intergroup contact lacked almost all of Allport’s conditions: Muslims and non-Muslims were not given a sense of equal status, they were not portrayed as having common goals, and there was no sense of interdependence.

On the other side, we know that increased media exposure for gay and lesbian Americans in the 1990s was associated with a reduction in bias towards people from those backgrounds. This intergroup exposure took the form of positive portrayals in major television programming—the openly lesbian actress Ellen Degeneres in her sitcom Ellen, for instance, interacted with other characters who, while not sharing her sexual orientation, shared with her common goals and similar status.

There are organizations working around the country to build bridges between disparate groups of people—and many of them are succeeding by putting Allport’s insights to work. Here’s a look at practitioners in the field who are successfully using intergroup contact to bridge divides.

Following the 2016 election, faith and community leaders helped launch the One America Movement,  which works to bring together people across political, social, religious, and other cleavages.

One America partner Pastor Joel Rainey, of West Virginia’s Covenant Church, has been applying the principle of using a guiding authority to build relationships between the region’s evangelical Christians and Muslim Americans.

Following the terrorist attack in New Zealand, Rainey invited Muslims from a local Northern Virginia mosque to sit with his congregation. “If you’re Muslim this morning, let me just tell you how profoundly sorry I am for what has happened, and I just want you to know that your Christian neighbors in West Virginia mourn with you and we love you and we are with you,” he said during that sermon.

While One America draws on existing religious leadership for authority, other organizations name and train their own leaders.

The People’s Supper project has hosted over 1,300 dinners in 120 cities and towns, designed to bring together Americans from different walks of life to share their life stories while sharing a meal. The participants use these meals to build bridges across various divides, including social and political ones.

The organization surveyed the participants and found that 80 percent felt more empathy towards people who differed from them after the events. One reason People’s Supper has been successful in bridging divides is because it stresses the need for mediators to help facilitate these dinner events. The dinner hosts are the authorities who provide legitimacy to the event and comfort for guests, and are also active participants.

They are advised to start by sharing their own stories, and are equipped with guidelines to help keep the conversations going. These guidelines include suggestions like asking guests to describe a moment when they’ve felt unwelcome or unsafe or when they were made to feel fully seen and heard.

2. Common goals and a sense of interdependence

For many American adolescents, summer camp is the first opportunity they get to spend time away from their families and work together with other kids their age on shared goals.

In 1993, journalist John Wallach teamed up with social worker Bobbie Gottschalk and camp director Tim Wilson to apply this concept to peace-building between diverse groups of kids. They brought together a group of 46 Israeli, Palestinian, Egyptian, and American teenagers to inaugurate the first Seeds of Peace camp. The teenagers who attended, known as the Seeds, then attended the signing of the 1993 Oslo Accords at the White House, as President Bill Clinton asked them to join Palestinian leader Yasser Arafat and Israeli leader Yitzhak Rabin on the lawn of the White House.

Since then, Seeds of Peace has graduated thousands of alumni who have gone on to pursue the goal of peace and understanding between groups of people who are often at odds. At the actual camp site in Maine, the teenagers come together and engage in face-to-face activities that promote their immersion with each other, including sharing meals and living spaces. Every day, they get about 110 minutes of professionally facilitated dialogue that involves sharing personal experiences and perspectives while also being exposed to the stories from others.

The goal is not to reach consensus on painful issues like suicide bombings and military occupation, but rather for the youth participants to develop relationships based on trust and respect that they can develop in the years ahead. Unlike the aforementioned conversation between Tlaib and Gottheimer, these dialogues are moderated by skilled facilitators, some of them former Seeds themselves.

“From there we have staff and programming on the ground, so it kind of kicks off with this camp experience and they go back to their respective communities to continue their work,” says Kiran Thadhani, the director of global programs at Seeds of Peace.

Following the camp experience, the Seeds spend three years throughout their high school experiences staying connected to one another while engaging in activities like mediation, negotiation, and community action projects.

Behavioral researchers at the University of Chicago Booth School of Business surveyed Seeds of Peace participants to study how the program affected their lives. What they found is that 94 percent of Middle East delegates reported having little to no contact with the “other side,” prior to coming to the camp; a whopping 41 percent had directly experienced violence, meaning they were injured or had a loved one injured or killed.

But by the end of the camp, 92 percent of Israeli and Palestinian campers reported having positive relationships with at least one camper from the other side.

3. Give participants a sense of equal status

One of the biggest challenges in intergroup contact is making everyone involved feel valued and respected, so they can both express themselves and sincerely listen to others. If intergroup contact feels like you are subservient to the other group or that you are simply being lectured by them without being represented, it is more difficult for it to yield positive results.

“You have to figure out a way to make the playing field feel as even as possible with the understanding that obviously with power dynamics and other situations that’s very, very difficult, but you have to try,” says Andrew Hanauer, One America’s director. “We try to ensure that there are roughly equal numbers of different groups in the room for an initial event.”

Hanauer also emphasizes the need to get buy-in from participants on the process. Even if they don’t agree on everything in the content of the discussions, it is important for participants to agree on ground rules going into the events. He also thinks that in order to promote successful intergroup contact, people need to be able to express who they are, rather than being asked to completely leave their identities behind.

“We don’t believe that people should leave their identities at the door when they come into this work,” he says. “There are bridge-building exercises where we all sort of try to get along. And I think that’s a really big mistake; people need to come as who they are and they don’t need to hide who they are.”

Hanauer describes how an evangelical Christian woman came to a One America event perceiving Muslims solely through the lens of violent extremism. But, says Hanauer, “after spending an afternoon with a group of Muslims through one of our projects she totally flipped, realized that this was a misconception of hers,” he said.

The Sisterhood of Salaam Shalom works to build bridges between Jewish and Muslim women in the United States, Canada, and the United Kingdom. As of 2018, around 2,500 Jewish and Muslim women have taken part in their interfaith exchange programs that are designed to build lasting and strong friendships between two communities that have sometimes clashed over social and political issues.

Participants in the Sisterhood’s programs are given a manual with best practices that include focusing on telling the story of themselves and engaging in active listening. They are also informed about the religious practices of women on the other side of the conversation, so they can be respectful of differences.

The manual also advises participants to avoid conversation about a particularly difficult issue for Muslim and Jewish communities in North America—the Israeli-Palestinian conflict—for at least a year. The organization wants chapter members to develop trust and respect before they dive into contentious issues.

“This is the hardest work I’ve ever done,” says Sheryl Olitzky, the organization’s executive director.  “How do you put yourself in your sister’s shoes? How do you see the world through their eyes? How do you listen with your heart instead of your eyes?”

Indeed, the failure to be able to put themselves in the other’s shoes is what led to the breakdown in the dialogue between Congresswoman Tlaib and her Democratic colleagues. The dialogue they engaged in did not meet any of Allport’s conditions—it didn’t include an impartial and legitimate facilitator, there were no common goals laid out, there was no interdependence between the two sides, and the two-versus-one meeting certainly did not lay out a sense of equal status. If we’re looking for a bridge-bridging role model, Congress might not be the best one right now. But take heart: There are people and organizations around the country who are building new bridges which our leaders might one day be able to cross.