The longest government shutdown in history ended in January, 2019. Once rare, government shutdowns have become more frequent, as the major parties fail to compromise enough to even keep the federal government funded and open. The shutdowns are one consequence of rising social and political polarization in the United States. 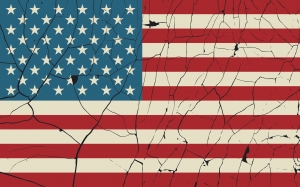 Polarization is not the same as disagreement about how to solve public policy problems, which is healthy and natural in a democracy. Polarization is about more than just having a different opinion than your neighbor about certain issues. Polarization occurs when we refuse to live next to a neighbor who doesn’t share our politics, or when we won’t send our children to a racially integrated school. The force that empowers polarization is tribalism: clustering ourselves into groups that compete against each other in a zero-sum game where negotiation and compromise are perceived as betrayal, whether those groups are political, racial, economic, religious, gender, or generational.

The impact isn’t limited to politics. Research shows that polarization is affecting families, workplaces, schools, neighborhoods, and religious organizations, stressing the fabric of our society. Antagonism might feel necessary in conditions of injustice—many Americans would agree, for example, that polarization needed to happen when the South clung to slavery. But being aware of the price we all pay for polarization might motivate us to reduce it, before the worst effects take hold. Here’s a list of reasons why Americans should strive to avoid worsening social and political antagonism—and to build bridges with each other.

1. We’re segregated in our own communities. Americans are increasingly segregating themselves by political party and ideology even in their residential communities. This segregation makes us more likely to demonize each other, as more and more people live alongside people who hold similar political beliefs to them.

3. We judge and loathe members of other political parties. While political disagreement is normal in a democracy, personally demonizing our opponents is not. 2016 Pew polling found that 47 percent of Republicans said that Democrats are more “immoral” than other Americans; 35 percent of Democrats held that view about Republicans. Our social network segregation may be making these feelings worse: Republicans with “few or no Democratic friends are twice as likely” to rate Democrats coldly than Republicans who have some Democratic friends.

4. Our families are being undermined. A recent study found that Thanksgiving dinners were significantly shorter in areas where Americans share meals across party lines. The effect was worse in areas with heavy political advertising. The researchers estimated that 34 million person-hours of cross-partisan discourse were eliminated in 2016 thanks to this polarization effect.

5. We’re less likely to help each other out. Several studies suggest that contact across social classes seems to promote well-being and kind and helpful behaviors like gratitude and generosity. This research suggests it’s bad for everyone’s well-being when the rich don’t have contact with the poor, or the poor with the middle class.

6. Our physical health is probably suffering. Research has shown that racism has a terrible impact on the health and well-being of its targets. Perhaps more surprisingly, studies find that individuals who harbor racial prejudices and fears experience elevated levels of stress and other physiological responses that, over time, can wear down their muscles and damage their immune systems. When racial antagonism goes up, everyone suffers.

7. We’re more and more stressed out. In the two years that have passed since the 2016 election, an increasing number of Americans now say it’s “stressful and frustrating” to talk about politics with people they disagree with. Among Democrats and Democratic-leaning Americans, the change is most profound, with 45 percent saying it was stressful to talk to the other side in March of 2016, but 57 percent saying so by October 2018.

8. We feel pressure to conform in our groups. Polarization doesn’t just manifest as intergroup conflict. It also changes the dynamics within groups, as members feel more pressure to conform in their beliefs and actions, which makes internal dissent and diversity less likely. In a 2016 paper, “The Nature and Origins of Misperceptions,” three political scientists note that in polarized situations we feel intense “social pressure to think and act in ways that are consistent with important group identities.” Instead of thinking for ourselves, we tend to reason “toward conclusions that reinforce existing loyalties rather than conclusions that objective observers might deem ‘correct.’”

9. Deception is more likely. Lying is often condemned when committed inside a group—but people tend to see deception as valid when in conflict with another group. These kinds of lies are called “blue lies” by researchers. “People condone lying against enemy nations, and since many people now see those on the other side of American politics as enemies, they may feel that lies, when they recognize them, are appropriate means of warfare,” says George Edwards, a political scientist at Texas A&M University.

10. Gridlock is damaging our government institutions. In the halls of the U.S. Senate, the filibuster was once a rarely-used mechanism to force a prolonged debate about a piece of legislation (as romanticized in the film Mr. Smith Goes to Washington). But today, even routine judicial appointments are subjects of controversy, and the filibuster is regularly invoked in a partisan way to promote gridlock, obstructing legislation that serves the public interest. Researchers have noted that the 112th Congress, for instance, passed fewer laws than any Congress stretching back to the 1800s.

11. Our pocketbooks are hurting. The aforementioned government shutdowns are costly. The Congressional Budget Office estimated that the shutdown between December and January cost the economy $11 billion—to say nothing of the terrible impact on individuals who work for the government.

12. We’re losing trust in key institutions. Some people are losing faith in institutions that were once trusted by a broad swath of the American public. For instance, political parties are now polarized over whether they even trust higher education, which provides the bedrock of educational and research support for much of American civic and business life. Even the faculty at these universities are now polarized, with little political diversity among professors. This is also true, to different degrees, for the press, the military, libraries, and other institutions that were once “big tents” for many kinds of Americans.

13. It’s hard for us to solve problems even when we do agree. For many of the issues we think of as most polarizing—like guns or immigration—there is actually wide consensus among the public about what sort of policies we should pursue. For instance, 90 percent of Americans support universal background checks for gun purchases. And yet our polarized Congress, and a media environment that treats gun issues as a zero-sum game between gun owners and gun control activists, elude that consensus. On issue after issue, Americans are closer than they appear, but our polarization prevents us from seeing that.

14. Violence is more likely. In polarized situations, we stop seeing people in competing groups as human beings—and that is very dangerous. Since the 2016 election, hate crimes have risen and more Americans seem to be endorsing the idea of intergroup violence. One 2018 study linked these trends to “partisan identity strength”—how much being Democrat or Republican is part of who we are. “It makes sense that as an identity grows stronger, and conflict intensifies, people will begin to approve of violence,” says political scientist Lilliana Mason.

What are the solutions? We’ve already explored many here at Greater Good, from facilitating more intergroup contact to changing the way we talk to each other over social media and in real life—and we will continue to identify and promote solutions through our new Bridging Differences project. In the meantime, don’t give up hope. America has been more polarized in the past than we are today, which means that a better future is possible.