Around the world, governments are closing schools and prohibiting large gatherings in order to control the COVID-19 pandemic. As of today, the entire San Francisco Bay Area is under orders to shelter in place.

In a potentially dangerous situation like the rapid spread of a new virus, it is understandable that people are concerned about their own safety and that of their loved ones. However, it’s important to remember the psychological pitfalls of the kind of situation we’re all facing. If we understand how people tend to feel and think when facing a collective threat, then we have the tools to carefully and thoughtfully respond, rather than simply emotionally react. 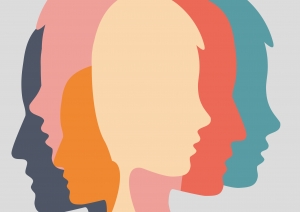 Research shows, for instance, that ecological threats like the spread of disease tend to increase prejudice, as societies circle their wagons. In New York City, someone loudly invoking the virus assaulted an Asian-American man, likely because the virus was first contracted in the city of Wuhan, China. There is a parallel here with the HIV/AIDS epidemic. Because that virus initially spread among gay men, it fueled homophobic discrimination.

There’s another parallel—with the Ebola virus. In a 2016 study, Italian psychologists Gabriele Prati and Luca Pietrantoni used a cross-sectional survey of 486 Italian adults conducted between January 2015 and March 2015, in the wake of the 2014 Ebola epidemic in West Africa. As the researchers expected, they found a definite association between their assessment of personal risk and fear of the disease, as well as the level of prejudice they held toward African immigrants. In other words, the greater their fear of catching Ebola, the more prejudiced they were.

But the researchers also asked respondents factual questions, such as, “Can a person get Ebola virus infection from mosquito bites?” or “Is Ebola virus easily killed by soap, bleach, sunlight, and high temperatures or drying?” The researchers found that knowledge about the disease was associated with having less prejudice toward immigrants from Africa. In short, ignorance of Ebola led to fear of people.

What this all suggests is that one of the best things we can do to reduce prejudice during a pandemic is to simply educate people about how the disease operates. When we’re misinformed, we’re more likely to react to danger in irrational ways.

There are two things our leaders can do to stem prejudice in the face of a pandemic. First, they can keep people well-informed so they know the facts and don’t turn to biases. Second, as a recent study on prejudice and ecological threat showed, there is a global and historical link between disease outbreaks and prejudice. The more quickly our leaders respond to contain the spread of the outbreak and mitigate its effects, the less prejudice and panic we should expect to materialize as a result of it.

Educating ourselves about the novel coronavirus can serve the purpose of both helping us protect ourselves and reducing prejudice against society’s outgroups. If you want to learn about the virus and how to protect yourself, here are some resources you may consider:

Additionally, if you’re a manager of a community organization that is planning on holding large gatherings, you may want to check out the CDC’s webpage offering guidance on precautions to consider, including postponing or cancelling events altogether.

While we may be shutting down in-person events, that doesn’t mean we can’t still come together in other ways. The Seattle Symphony Orchestra will be streaming performances. Zoom—the popular online video meeting platform—has decided to make its service free for all K-12 schools. Some users on the popular website Reddit have created a page called Coronavirus Movie Night, where they will get together and watch movies online every week and discuss them (Reddit’s page for Coronavirus itself is a good source of continual news updates from across the world.)

If you’re shut in, it doesn’t mean you have to be shut out of communities. The Internet is giving people a chance to connect.