It may seem that money is a sure path to prestige and happiness. After all, many of our most well-paid citizens are held up as role models of success, leading seemingly perfect, enviable lives. Still, some people embrace the opposite idea: Money can’t buy you happiness. So, which of these is right?

In recent studies, scientists have found that the connection between wealth and well-being is not clear-cut. While some studies seem to tie wealth to well-being, others show that, after a certain point, a higher income will not bring more happiness or life satisfaction.

Now two new studies shed further light on the relationship between wealth and happiness. Their findings suggest that money doesn’t fulfill basic psychological needs, like belonging and competence. That’s why making more of it will not increase your happiness, even if you value money above other things. In fact, it may do the opposite.

What money can and can’t do for you 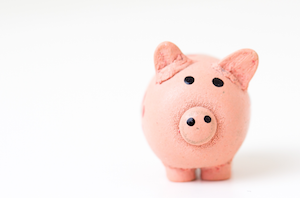 In one study, University of Buffalo researcher Lora Park and her colleagues investigated what happens when people tie their self-worth to financial success, scoring high on the “Financial Contingency of Self-Worth” scale, or FCWS. The researchers found that doing so made people engage in more social comparisons, experience more stress and anxiety, and feel less autonomy than those who didn’t tie their self-worth to income, regardless of their actual economic status.

“People in this society are often focused on pursuing money, and they don’t think there is anything bad about that,” says Park. “But in terms of your psychological well-being, there are all kinds of negative consequences.”

It also might affect your problem-solving ability. Park and her colleagues randomly assigned participants to write about their dissatisfaction with either an aspect of their financial situation—like not having enough money to pay rent—or their academic performance, like getting a bad test grade. Afterwards, they reported on what coping strategies they would use in response to the situation.

Research assistants analyzed the essays and found that participants who scored high in FCSW used more emotionally negative words and reported more disengagement strategies—like giving up or avoiding solutions—when writing about a financial stressor versus an academic stressor than people scoring low in FCSW. None of the results were affected by the actual income of the students.

People who are facing a problem should, logically, be focused on figuring out ways to solve it, says Park. “But what we found is that high financial contingency of self-worth somehow blocks that response.”

Park believes that when people feel their self-concept is threatened in some way, they will become more self-protective so as not to experience low self-esteem. So, if your self-esteem is tied to money, a financial stressor will cause a lot more stress than it would for someone who doesn’t feel that way. Some support for her argument comes from another part of her experiment, where having participants high in FCSW remind themselves of their character strengths—like their intelligence or sense of humor—seemed to negate these avoidance effects.

“When people take a step back and have a broader perspective on their sense of self, that’s often enough to take them out of the self-esteem rumination/narrow focus they otherwise have,” says Park.

As prior research suggests, it can also be the case that people simply want money to do something that it cannot. “Self-esteem, like happiness, is a byproduct of meeting psychological needs—like meaning or purpose, feeling competent, having close relationships, or having a sense of autonomy—and basing your self-worth on financial success actually detracts from fulfilling those needs,” says Park.

Park’s findings mirror other recent findings from the University of San Francisco’s Matthew Monnot, who studied financial success and well-being in China.

In his study, Monnot notes that, as China’s economy has grown, its citizens seem to be facing some of the same issues that Americans have faced. A growing number of people equate individual success with making more money and valuing money—an extrinsic reward—over other, more intrinsic rewards, like relationships or community. To see how this trend has affected well-being, he conducted a series of studies involving thousands of participants from several cities in China.

In one experiment, Monnot showed that job satisfaction did not rise in tandem with income. In fact, as with prior studies, wealth beyond a certain point tended to make Chinese workers no more satisfied with their jobs or their incomes, suggesting that money has only so much power to increase our life satisfaction.

“Our findings are pretty aligned with prior research,” says Monnot. “The correlation between income and job satisfaction is really small, to the extent that it predicts about five percent of job satisfaction.”

To tease out why, Monnot looked at how individual values shape the relationship between money and income satisfaction. He asked participants to pick the five factors they thought were most important for well-being from a list of 25 possible choices—including income—and then measured how satisfied they were with their income as it rose. Though one might expect people valuing income to be happier as they made more money, Monnot found the opposite: People who picked income as an important value were significantly less satisfied, even at higher levels.

Though this seems paradoxical, Monnot says it makes some sense, when you understand how intrinsic versus extrinsic values affect our happiness.

“Not all goals are equal in terms of producing well-being, productivity, job satisfaction, or life satisfaction,” says Monnot. “If you say income is something really important to you, because income is an extrinsic reward and not part of your intrinsic needs, if you focus on it, it won’t make you happy.”

In other words, look inside of yourself, not your wallet, for happiness.

Monnot was curious to see how living in different cities in China might affect the relationship between valuing income and well-being. After all, if the government is developing policies to increase income in certain areas of the country, it would be good to know the impact this is having on happiness.

Again, he had people pick out five things they valued; but this time he separated people into different groups depending on whether they placed high value on materialistic things, like income and status, and placed low value on relationships and community, or vice versa. When he compared these two groups, people who valued relationships or community versus materialistic things had greater job satisfaction and overall life satisfaction. This was true regardless of their city’s per-capita income.

“The big idea is that higher GDP or people having more money is all great—especially at a societal level. You want your economy to be more productive and to have more resources and money available,” says Monnot. “Well, maybe that’s not necessarily in and of itself something that’s going to produce a happier population.”

Both Monnot and Park hope that their research might lead people to think a bit differently about the supposed benefits of striving for more money. Though neither would deny that we need money to survive, valuing it too highly or tying it to your self-worth is clearly a mistake.

Monnot hopes his research might help individuals—and business leaders and policymakers—to realize that fulfilling psychological needs is more important to happiness than making a lot of money.

“Autonomy, developing a skill set to be good at what you do, being affiliative with others, having a sense of connection to your community—these are all things that we as researchers are fairly convinced are innate, evolved human tendencies that bring happiness,” he says.

“If you can get people to focus on fulfilling those needs, they’ll become happier. The research is strongly in favor of that.”