Can money buy happiness? One way to explore this question is to ask whether money buys the constituents of happiness—and there’s no better-researched or more powerful constituent than social connections.

Yet even for this question, about money’s link to social connections, there is no clear-cut answer. Two new studies offer conflicting evidence, one suggesting that people with higher incomes spend less time socializing, and another suggesting that they feel less lonely. What’s actually going on here?

In the first study, researchers from Emory University and the University of Minnesota analyzed survey responses from nearly 120,000 Americans, honing in on questions about annual household income and social behavior. Their results showed that people with higher incomes spent less time socializing, and more time alone, overall. At the same time, for the time that they did spend socializing, higher-income people spent less time with family and more time with friends. 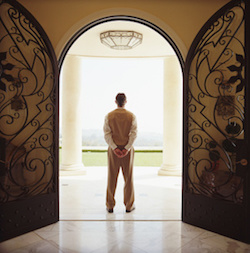 One possible interpretation? People with higher incomes, less inclined to rely on family for material or logistic support, delegate their social time to more deliberate—perhaps even strategic—relationships. Could higher-income people be prioritizing friendly hangouts or professional networking over “family obligations?” This study doesn’t answer that question, nor does it address the relative importance of connections with friends versus family to overall happiness. However, most would agree that dedicating more time to social relationships, of the family or friend variety, is likely to result in stronger, more authentic connections, less likelihood of loneliness, and a bigger boon to happiness.

The second study looked at loneliness, the presumed antithesis of feeling loved and a sense of belonging, and a factor that correlates with less happiness. The researchers define loneliness as “a perceived discrepancy between desired and actual social relationships; a perceived lack of control over the quantity and especially the quality of one’s social activity.”

Looking at survey data from about 16,000 German adults, their analyses paint a rolling landscape for loneliness over the lifespan, with notable peaks around 35 years of age, again at 60, and then increasing thereafter. Other metrics like frequency of social contact, marital status, or number of friends did not explain this pattern of loneliness—65 year olds were lonelier than 45 year olds regardless of whether they had the same number of friends. One measure, however, did stand out as a reliable inverse predictor of loneliness: income. Higher income was systematically associated with lower self-rated loneliness, regardless of other life circumstances.

It’s perilously easy to come away from this study assuming that more is always better. Because lower income predicted higher loneliness, increasingly higher and higher income should make a person progressively less and less lonely.

The landscape of most mental phenomena, however, is U-shaped, with similar (typically undesirable) effects at very low and very high levels, and an optimal range in between. Considering income, while people with very low income may lack the bandwidth to attend to or invest in strong social bonds, do very-high-income people distance themselves from meaningful interactions with family, friends, and strangers? Is there an optimal zone of income that serves well-being, diminishing stress and fostering social affiliation? Is there a critical threshold, beyond which higher income reduces the urge to socialize? These are all questions that further research should address.

Taken together, these studies paradoxically suggest that while higher-income people spend less time socializing, they claim to be less lonely.

In trying to reconcile this, we might first consider research on wealth and power that shows that greater privilege—whether hard-earned or assigned in a laboratory experiment—is associated with a more self-focused, socially aloof demeanor. Defining loneliness in terms of “control” and “desired quality and quantity,” and given powerful people’s tendency to assume control and devalue others, perhaps self-rated loneliness amongst the rich is bound to drop. Rather than charting the actual strength or abundance of social connections, however, this drop reflects less interest in them: I’m not lonely—I’m just not really interested in connecting with others.

Most agree that money helps when things are dire. If you are worried about food, warmth, or shelter, having some cash is decidedly beneficial. But what happens when those stressors are taken care of?

In researching the link between money and happiness, large survey research tends to rely on people’s intuitive sense of what happiness means—simply asking them to rate themselves on a scale from “not at all happy” to “very happy”—and uses responses to examine factors that predict high levels of happiness. But one perspective that promises to bring clarity has been to think more deeply about happiness, and what being happy actually means.

For example, happiness expert Sonja Lyubomirsky defines happiness as “the experience of joy, contentment, or positive well-being, combined with a sense that one’s life is good, meaningful, and worthwhile.” (Notice that although life-threatening stress does infringe on happiness, happiness is more than merely a lack of stress.) Once happiness is so defined, researchers can look for characteristics and circumstances that move with or shape happiness—including, in large part, social connections. Then, we can explore how income relates to those characteristics and circumstances, as the two studies above did.

The sages always say that money can’t buy happiness; all you need is love. Popular media begs to differ, alongside grandstanding doctrines like Objectivism and Machiavellianism: Work hard to earn, save, and squirrel away your largest possible personal fortune, and guard it at all costs. What does the research say? People who fall into the category of “very happy” always have strong social connections. However, the apparent paradox from these studies—that richer people spend less time socializing but say they feel less lonely—warrants further scientific inquiry into the interplay between wealth, social connection, and happiness.