Can religious faith make you happier?

It’s a question that has plagued happiness scientists. While it makes sense that religion could bring meaning to people’s lives, meaning is not necessarily the same as happiness—even if it provides us with other benefits. 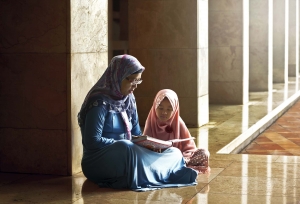 In addition, being religious often means attending religious services and being part of a social network, which tends to make people happier. So, it’s hard to tease out the impact of faith from other factors, like community, on happiness. Finally, while some large-scale studies have found a correlation between religiosity and happiness, others have had mixed results, suggesting that the story may be complex or involve factors tangential to religious belief.

Indeed, a new study suggests that it may depend on the society in which you live.

The researchers surveyed 40,534 randomly selected respondents from 43 nations about their happiness and their religious faith. The researchers also measured their sense of personal freedom, because autonomy has also been tied to happiness, and it can come into direct conflict with religious authority.

When researchers analyzed how these factors interacted within individuals in different countries, they found that people who felt they have more autonomy tended to be less religious, and people who were more religious tended to value personal freedom less, no matter where they lived.

But the relationship between religion and happiness and between autonomy and happiness varied depending on where people lived and the conditions within their country. In more economically developed, democratic countries where personal freedom was highly valued, religiousness was much less tied to happiness than personal autonomy, while in less economically developed nations that are religiously conservative and value collectivism, the reverse was true.

“The association between religion and happiness is not random,” says the study’s lead author, Michael Minkov. “It depends on how rich and individualist or poor and collectivist a country is.”

His findings seem to contradict what many people believe—that religious differences drive cultural variations between countries. Instead, he says, it appears that different economic conditions create and maintain religious faiths, and religion is more valuable to people when they’re living in countries with low economic development and less democracy—places where power abuse, gender inequality, and other life stressors are often higher, he adds.

“People apparently need religion to deal psychologically with the challenges of life that they encounter on a daily basis,” he says. “It gives them hope, meaning, and a sense of purpose.”

While this pattern was nearly universal, the United States was a bit of an outlier. Though the U.S. is one of the oldest modern democracies, religion still makes people happier there—similar to the way it does in poorer countries. This result puzzles Minkov.

“I do not have a good explanation for this phenomenon,” he says. “If I had to hypothesize, I would say that—unlike the other rich and democratic countries—the U.S. has a lot of social inequality and a socioeconomic system that leaves many people behind, with many members of minority groups feeling underprivileged and discriminated against.” These stressful conditions might boost religiousness.

His findings shed new light on the connection between religiosity and happiness. Perhaps, says Minkov, religion is less useful for our well-being when we live in a country where people have freedom, economic security, trust in their government, and a social safety net.

“The greater life satisfaction of people in rich democratic societies may be another factor that depresses religiousness there: People just do not need to be religious in a traditional sense,” he says. “They do not get anything out of it as they have enough life satisfaction without religion.”

Many religions teach a morality that seems outdated in the modern world, Minkov says—by, for example, teaching that sex is allowed only between married, heterosexual couples. Precepts about what you are allowed to eat or drink also clash with individual freedom, he says. He suggests that, as countries develop more economically and their political systems become more democratic, religion may become less important to their citizens—unless religious institutions evolve, too.

“Established religious institutions will have to reinvent themselves or face extinction in the long run,” he says.

On the other hand, the current pandemic and the economic chaos and uncertainty it causes could slow down that process, he adds. If his theory is right, and the pandemic results in more economic instability and feelings of hopelessness, it’s possible that even those living in modern, wealthy democracies may turn more to religious authority for comfort.

Of course, we shouldn’t draw definitive conclusions about religion, autonomy, and happiness on just this one study, says Minkov. He challenges other researchers to continue studying the role of religion and autonomy in happiness, because religion affects so many people’s lives and so many relationships between nations—for better and for worse.

“As religiousness is one of the greatest cultural differentiators across modern nations, it deserves a lot of academic attention,” he says.