Throughout our daily lives, we are tasked with deciding in whom we should place our trust—whether we’re predicting if a friend is likely to pay us back, evaluating whether a politician will keep their campaign promises, or choosing a romantic partner.

But how can we tell if someone is trustworthy? In a paper published recently in The Journal of Personality and Social Psychology, researchers found a somewhat surprising clue: people’s tendency to experience guilt. 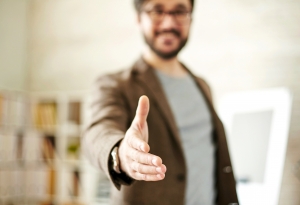 The researchers asked 401 adults from the United States to fill out a questionnaire measuring their guilt-proneness in different situations, as well as several other traits, and then play a short online game. In this game, Player 1 is given $1, which they can choose to give to Player 2. Any money given to Player 2 is then automatically increased. Player 2 can then decide whether to keep all of the money (breaking the trust Player 1 placed in them) or behave in a trustworthy way by returning a portion of the money to Player 1.

In the study, participants were all assigned to be Player 2, and Player 1 (someone collaborating with the researchers) always gave them $1 (which was increased to $2.50). Participants could then choose whether to keep the full $2.50 or return half of the money to Player 1. The researchers found that more guilt-prone people were more likely to share the money with Player 1. In fact, in follow-up studies, guilt-proneness predicted trustworthiness better than other personality traits the researchers measured (the Big Five).

Lead author Emma Levine, assistant professor at the University of Chicago, and her colleagues write, “When deciding in whom to place trust, trust the guilt-prone.”

Why might guilt lead to trustworthy behavior? In several of the studies, the researchers found that the key linking the two was a sense of interpersonal responsibility: People who were guilt-prone also reported feeling an obligation to act in ethical and responsible ways while interacting with their partner in the game. The emotion of guilt is provoked when individuals recognize a wrongdoing they have committed, and people who are guilt-prone tend to avoid engaging in behaviors that might harm or disappoint others (behaviors that would make them feel guilty). If they do commit a wrongdoing, guilt motivates them to take action to try to make things right again.

Previously, much of the psychological research on trust focused on what makes people trusting—for example, how factors such as gratitude can promote trust. Research has also looked at the numerous benefits of trust, from its role in building relationships to its effects on society and the economy.

However, there’s an important limitation to the benefits of trust—when trust is misplaced, and directed towards individuals who are untrustworthy, it can lead trusting people to be exploited. This study fills an important gap in helping us identity the people who deserve our trust.

So how can we use this research to determine if someone is trustworthy? One way to do this might be to observe how they respond to past transgressions and whether they appear to experience remorse, Levine explains. Another way is to ask them to describe a difficult dilemma they faced in the past, suggests coauthor Taya Cohen, associate professor at Carnegie Mellon University. This is particularly telling, Cohen and her colleagues have found, because it allows us to see if they are concerned about the effects their actions have on others (in other words, whether they have a sense of interpersonal responsibility).

Guilt may be an uncomfortable feeling, but this research helps remind us why it exists. Not only does it motivate us to make amends, but it may also be a signal to the people around us that we can be relied upon.