We at Greater Good often write about the importance of social connection in our lives. Many studies suggest that people with stronger social ties tend to be happier and healthier than those without them.

Now, new research may provide a clue about the connection between social functioning and health and well-being. Neuroscientists at the University of Virginia have uncovered a pathway through which immune system molecules involved in fighting off infections impact brain activity and social deficits in mice. 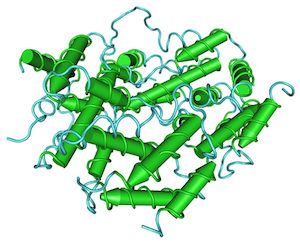 In their experiment, mice bred without normal immune function—known as SCID mice—were found to have dysfunctional social behavior, showing no preference for interacting with other mice when given the opportunity. By monitoring the brain activity of these SCID mice when exposed to other mice, the researchers found a pattern of hyper-connectivity in the prefrontal cortex, which seemed to predict their social resistance.

Interestingly, this particular brain pattern has also been found in humans with autism, schizophrenia, and dementia, says researcher Anthony Filiano, one of the authors of the study, suggesting that a compromised immune system could affect social functioning in humans, too.

“We have more and more evidence linking immune dysfunction with neuronal and behavioral dysfunction,” says Filiano. “The potential to target the immune system for neurological disorders is what’s most exciting about this work to me.”

By testing different molecules involved in immunity, Filiano and his colleagues were able to zero in on interferon gamma (IFN-y), a molecule associated with fighting invasive germs and bacteria. Introducing IFN-y into the cerebral spinal fluid of SCID mice made them interact socially with other mice again, by inhibiting the hyperactivity in their brains that might otherwise impair that normal social behavior. This suggests IFN-y helps regulate social connection, at least in mice—and possibly in humans as well.

“We think interferon gamma is acting like a rheostat, or a break, to control the brain region from over-activating [in social situations],” says Filiano.

Just a few years ago, no one would have been looking for these kinds of interactions between immune system molecules and the brain, because researchers assumed that the blood/brain barrier in mammals prevented such communication. But last year, fellow researchers at UVA published a study blowing away that idea by uncovering hidden lymphatic tissue linking the brain and immune system together.

“We’re starting to understand that there’s a lot more communication between the brain and the rest of the body than we previously thought,” says Filiano.

So, why would the immune system interact with our brains to increase or decrease social behavior particularly?

According to Filiano, it’s because social organization is important for survival—for protection, for foraging, for reproduction. But, with increased social interaction there’s also an increased risk of infection from contagious disease; so our bodies needed to evolve somehow to mitigate the risk. IFN-y flowing in the blood stream basically alerts the brain that it’s OK to be close to others, because it’s there fighting infections.

“What we’re thinking is that interferon gamma has evolved to more effectively control that anti-pathogen response as organisms are aggregating,” says Filiano.

What might this mean for the rest of us? Filiano says that while it’s fun to speculate how the immune system controls our behavior in general, the radical re-engineering of mice is something one could never do with humans. But, he thinks that small changes in immune systems and molecules could, perhaps, influence our behaviors, and we would probably never know it.

The research has only just begun. Filiano is especially intrigued by the possibility of harnessing the immune system to help people with neurological diseases. There are literally hundreds of immune cells and immune system molecules with disease-fighting actions that may hold the key to behavior, he says.

“Thinking about big picture and moving forward, there are a lot of different molecules, pathways, and circuits that we’re just starting to understand and study. So, it’s all pretty exciting.”