After the first confirmed case of COVID-19 in the U.S., it took the Centers for Disease Control and Prevention (CDC) more than 15 weeks to create a public website tracking the disease—and even then, it contained significant discrepancies when compared to public data published by the states and the District of Columbia. In some parts of the country, the process for reporting COVID-19 cases has been stuck in the 20th century, using phones, physical mail, or fax machines. And for most of the pandemic, state and local health agencies have been too overwhelmed to conduct comprehensive contact tracing, an important tactic for breaking viral transmission chains. 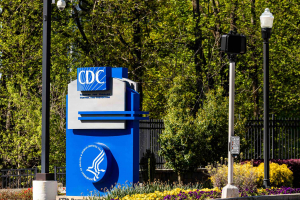 These are just some of the ways in which a public health system that has been hollowed out by chronic underfunding—and the country’s longstanding failure to address the root causes of poor health, invest in disease prevention, and promote health equity—made the nation less resilient and undermined its battle against the virus.

The consequences can be measured in lost loved ones, severe disease, exhausted and traumatized public health and health care systems, a deeply wounded economy, and serious learning loss among millions of children. Making matters worse, our public health challenges are increasing. U.S. residents face the ongoing challenges of the seasonal flu, vaccine-preventable disease outbreaks, growing rates of obesity and other chronic diseases, the opioid and other substance-related epidemics, the suicide epidemic, and weather-related emergencies that are becoming more frequent and more intense. Each of these crises is made worse by the persistence and, in some cases, exacerbation of profound health disparities.

In the past, after other attention-grabbing public health emergencies, a boom-bust pattern has occurred: The country temporarily pays attention to public health investment when there is a crisis and then moves on when the emergency passes, leaving the nation’s public health infrastructure on weak footing. The country must not repeat that mistake again.

There is strong evidence that public health investments contribute to improved community health, societal benefit, and reduced health care costs. Investments in public health have been shown time and time again to pay for themselves several-fold, saving money by preventing injury and illness. Indeed, while it is too soon to calculate with precision, it is likely that the United States might have averted spending much of the trillions of dollars that the COVID-19 pandemic cost if it had invested just a few billion dollars more in public health spending earlier.

As we emerge from the pandemic, this time the nation must use lessons learned to build a world-class, standing-ready public health infrastructure and workforce with adequate and sustained funding, lest any U.S. resident ever again experience a year like the past one. Our research at Trust for America’s Health suggests four priorities that the country needs to focus on going forward.

In recent years, the United States has not given health departments and partner agencies the funds they need to adequately protect residents and promote public health. Indeed, the country spent $3.8 trillion on health in 2019, but with just 2.6% directed toward public health and prevention—the same as in 2018 and the smallest share since at least 2000. The CDC, a primary source of funding for state, local, tribal, and territorial communities, has seen its core budget fall over the past decade in real dollars.

There has been a mismatch between need and funding levels, as some successful prevention programs do not have enough funding to reach all states. Of particular note, funding for two federal programs that were especially critical to the pandemic response—Public Health Emergency Preparedness Cooperative Agreements at the CDC and the Hospital Preparedness Program at the Department of Health and Human Services’ Office of the Assistant Secretary for Preparedness and Response—has been decimated since they were created after the 9/11 terrorist attacks.

Critical to protecting the public’s health is a well-trained, diverse, and appropriately resourced public health workforce, especially at the state and local level, as well as modernized data and surveillance capacities. State health agencies directly engage in disease and injury prevention for the population as a whole, including by developing preparedness plans and coordinating emergency responses, and conducting lab testing, disease surveillance, and data collection. But state health agencies lost nearly 10% of their full-time workforce from 2012 to 2019, while local health departments lost about 16% of their full-time staff from 2008 to 2019. What’s more, burnout was already a growing issue before the pandemic, as public health professionals have been continually asked to do more with less.

Strong foundational capabilities would improve the protection of all communities and enable a more agile public health system that is able to address 21st-century health issues and emerging threats. The creation of a mandatory, annual $4.5 billion Public Health Infrastructure Fund, such as the one proposed in the Public Health Infrastructure Saves Lives Act (last introduced to Congress in March 2021), is critical to this mission.

Health agencies at all levels received several infusions of discrete federal funding to fight the COVID-19 pandemic. However, in general, they could not use this funding to shore up longstanding weaknesses in preparedness and disease-prevention programs, as it was meant for the urgent pandemic response. While this funding helped, the simple reality is that such after-the-fact appropriations are inherently too late. To stand a chance against a threat like COVID-19, the nation needs to sustain higher funding year to year and invest resources in planning, workforce, and infrastructure for years beforehand. Not doing so is akin to hiring firefighters and purchasing hoses and protective equipment amid a five-alarm fire.

3. Invest in the prevention of chronic disease, substance misuse, and suicide

The COVID-19 pandemic is not just an infectious disease outbreak, but a chronic disease crisis, as obesity, type 2 diabetes, heart disease, and smoking significantly increase one’s risk for severe illness. Going into the pandemic, a majority of U.S. adults had at least one chronic condition, many of which are preventable with appropriate support. Researching, identifying, disseminating, scaling, and evaluating evidence-based programs to address chronic disease require consistent and significant funding.

While genetic risk factors may play a role, behaviors such as smoking, alcohol consumption, eating high-calorie and low-nutrition diets, and lack of physical activity are major factors that influence the rate and severity of chronic disease. These risk factors have ties to social and economic conditions; prevention efforts should involve improving the conditions as well as promoting healthful behaviors.

The CDC has several evidence-based prevention and control programs ready for communities to implement across the chronic disease spectrum that evidence suggests are cost-effective. For example, the CDC’s National Diabetes Prevention Program may save more than $1,000 per participant in health care costs annually. In the first five-year cycle (2012–2016) of its Million Hearts initiative, a national effort to prevent 1 million heart attacks and strokes, the program prevented an estimated 135,000 heart attacks, strokes, and related acute cardiovascular events, and it saved $5.6 billion in direct medical costs, a substantial portion of which was saved by public insurance programs such as Medicare and Medicaid.

However, while the CDC is implementing cost-effective and lifesaving work, it is woefully underfunded. As the country spends $3.8 trillion on annual health expenditures, the CDC is on track to spend only $1.3 billion on chronic disease prevention and health promotion in fiscal year 2021. For example, the Division of Nutrition, Physical Activity, and Obesity, which funds several key programs like the State Physical Activity and Nutrition (SPAN) program, the High Obesity Program, and the Childhood Obesity Research Demonstration, has resources that equate to roughly 31 cents per U.S. resident per year.

In particular, people of color in the United States suffer from health threats first and worst. This was true once again with COVID-19, as social determinants like the ones mentioned above increased communities’ infection risk and contributed to more severe disease. This will continue to be true of climate change and other threats, unless leaders at all levels and across sectors prioritize the protection of disadvantaged people. This must include finally confronting and reconciling with centuries-old biases that sit at the core of so many avoidable health disparities. Racism in the United States undermines equity and opportunity, inflicting a far-reaching toll on the lives and health of Black people and other people of color.

Most public health agencies lack the funding and tools to support cross-sector efforts and face limits in doing so by disease-specific federal funding. Given appropriate funding and technical assistance, more communities could engage in opportunities to address social determinants. For the first time, in fiscal year 2021, Congress provided the CDC with $3 million in funding to specifically address them. These efforts would also be aided by President Biden’s fiscal year 2022 budget request of $153 million to strengthen related activities across the CDC and to provide grants to state, local, tribal, and territorial agencies. Such funding would allow these agencies to act as or complement the chief health strategists in their communities, leading efforts to convene partners across sectors to build integrated systems and programs that improve health and health equity.

Broad-based, long-lasting progress will require taking on these root causes of illness and death with dedicated focus and funding. Investments in public health have the potential to make a positive impact. Trust for America’s Health’s report Promoting Health and Cost Control in States includes 13 relevant evidence-based policy recommendations, such as universal pre-kindergarten, tobacco pricing strategies, and earned income tax credits.

The COVID-19 pandemic has been a global health challenge of rare severity from which few countries escaped without serious harm. But the plain truth is that the United States’ experience has been worse than it would have been with better public policy and decision-making, including more rigorous preparedness protocols, a stronger public health infrastructure, and a healthier, more equitable society. Many people have died who could have lived. In their memory, and for the benefit of future residents, the Biden administration and the rest of the country must remain dedicated to preventing this level of avoidable tragedy from ever being repeated.