The World Happiness Report has been published every year since 2012, giving countries important data about the well-being of their people and how it compares to other nations’. One of the primary proponents and editors of the report is renowned economist Baron Richard Layard of the London School of Economics.

As a researcher, Layard has been at the forefront of encouraging nations to prioritize people’s well-being, not just economic prosperity—and to use data-driven methods for figuring out what policies most impact happiness. His latest initiative is a book called The Origins of Happiness, in which he and his coauthors report on several large, longitudinal studies looking at human development over the lifespan. Some of the findings are surprising and point to counterintuitive ways to foster happiness.

I spoke with Layard about his findings and what they mean for policymakers as well as individuals around the world.

Jill Suttie: Why did you want to write this book right now? 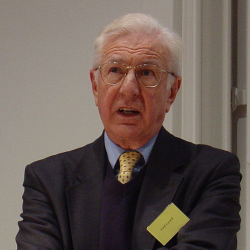 Richard Layard: For many years, I’ve been trying to persuade policymakers to adopt the happiness of their people as a goal, because that is the way forward for society. But if you can’t provide evidence of what’s going to make a difference to people’s happiness, then the policymakers can’t make good policy. So, in our book, we tried to assemble comprehensive evidence to explain the variation in happiness within different populations—in particular, how much happiness would change if different circumstances prevailed—to give policymakers specific numbers they could use to make decisions.

JS: Most people assume that money is related to happiness, but you’ve found that there’s not as strong a relationship as we may think. Why do you argue that?

RL: We have data on levels of happiness in a normal population, and we have information on the circumstances of the people—their income, employment, education, whether they have a partner, whether they’re involved in some criminal subculture, their physical health, and (an important one) their mental health. We’re looking simultaneously at the effect of all of these things, and explaining the variation in happiness. And, actually, when you do that, you find that income explains very little of that variation—less than most of the other things I mentioned.

If you look around at the people you know, you might not find that so surprising. Yes, their income has a positive impact; but it only explains 1 percent of the variance of happiness in the population.

JS: What does that imply for policymakers and individuals?

RL: That we would all be much better off if countries measured success by the happiness of their people than by making economic growth the central objective of public policy and the central measure of success. We should learn from the Scandinavian countries, which are uniformly happier than, for example, the U.K. or the United States. There are important lessons to be learned: You don’t have to turn your back on economics, but it’s not the be-all end-all. Human relationships are extremely important and need to be given a great deal of attention—we shouldn’t sacrifice them in the name of economic efficiency. Neither should we sacrifice human relationships at work, give up our work-life balance, or drive our children crazy at their high schools.

Everybody needs to design things to preserve their own happiness and, even more, that of others. We won’t have a happy society unless people start counting their success in terms of how they’re contributing to the happiness of other people rather than just what they are getting out of the system for themselves.

JS: In your analyses, you found that mental health seems to be an incredibly important factor in human happiness—more than any other. What should we take away from that?

RL: The first thing we should absolutely do is provide more help to the people who are currently suffering—to treat them by offering therapies that work and offering as many sessions as are clinically indicated, not to ration them to only six sessions. Of the one out of six people with anxiety and depression disorders, only about a quarter are actually receiving treatment. What we need is the development of a massive workforce capable of delivering evidence-based therapies, supported by a proper financial arrangement through insurance so that people can get treatment for mental illness in the same way they can get treatment for physical illness. It’s just extraordinary that people automatically get treated for physical illness, which is often trivial in comparison with depression and crippling anxiety. So, that’s my #1. 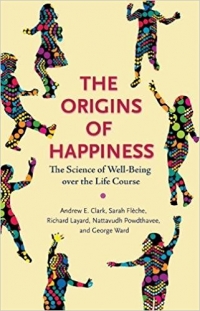 My #2 would be that we should and can do a lot to prevent the emergence of mental illness. And the most salient lever we have is the public school. We found something absolutely extraordinary in our data, which is that schools play a huge role in happiness—in fact, they play nearly as big a role in how a person develops emotionally as intellectually.

If you want someone to have a happy adult life, their mental health at 16 is a better predictor than the whole of their academic performance, right up to getting a Ph.D. Yet most schools are not as mental health-conscious as they should be and could be. Schools need to do a lot more than provide lunches. We must get schools to be much more oriented toward happiness and to do that in a systematic way, using evidence.

JS: These findings around happiness are interesting, but I wonder how much policymakers actually pay attention.

RL: There’s a lot happening around that, actually. The OECD [Organization for Economic Cooperation and Development, with 35 countries as members] started meeting in 2004 to start discussing the meaning of progress and the idea that progress was something more than gross domestic product (GDP). And they have now agreed that the objective of government should be well-being. That’s an improvement.

Now, they haven’t defined well-being very precisely, but we’d like to convince them to base it on subjective well-being—something to do with people’s feelings and not an abstract concept like GDP. There are some countries and cities that are looking at how policies really impact people’s sense of well-being—like France and Italy, and the city of Bristol in the U.K. And there is the What Works Centre for Wellbeing in Britain, where this is being studied, and the results feed into government. So, these are examples of the kinds of things that are happening all over the world.

JS: In your book, you draw primarily from Western countries, where you have extensive data sets. Don’t you worry that your findings are not applicable to other countries?

RL: We have actually used the Gallup World Poll in our research—which is based on all the countries in the world—and we find similar results. There are exceptions: For example, we find that in poorer countries, income is more important to happiness, as you might expect. But we continue to find that mental health is more important than income and other factors, like physical health, even in the poorest countries. So, the general story is applicable across the board.

We’ve got better information from some countries than others—like China, which is one of the greatest economic success stories in the world. They’ve been measuring happiness using five different surveys since 1990, and the data all agree: Despite economic progress, the Chinese people are no happier than they were in 1990. So, there’s something wrong with our philosophy of development.

In developing countries, there’s been too much emphasis on income-generating activities and not enough on human relationships. When you move people into cities, you need to create a community where people have a sense of belonging and know they are loved—the sorts of things that are important to people. There is a movement now going on in China and in other places, where people are asking how to maintain our humanity in a world where there is massive migration and technological change.

JS: Your book seems aimed primarily at policymakers. What can individuals get out of it?

RL: A lot. When searching for happiness, people should cherish their relationships more than their income. You should not worry so much about competing to be at the top of the tree, especially not at the expense of human relationships. You shouldn’t feel driven to sacrifice your marriage. We’ve got to encourage people to invest more in a balanced view of life.

The world happiness movement—which you [Greater Good] are part of—started about 20 years ago, partly as a result of a shift in psychology and of the spread of mindfulness and other happiness practices. Some people might compare that to the hippie movement, which was a kind of drop-out movement, but it’s not about people dropping out. It’s about getting people to engage and to contribute to the betterment of society, based on good information. Mindfulness and other happiness practices can help with that.