Philanthropy can have important effects on society, but it does little to solve the root cause of the problems it is trying to solve, says Stanford scholar Rob Reich. 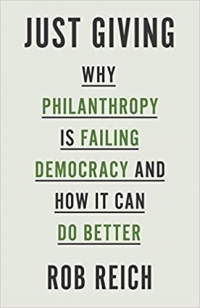 Just Giving: Why Philanthropy Is Failing Democracy and How It Can Do Better (Princeton University Press, 2018, 256 pages)

While a soup kitchen can feed the hungry, a church can shelter the homeless, and a nonprofit can teach children to read, without changes in public policy, problems like hunger, homelessness, and illiteracy will continue to exist, adds Reich, who takes up these issues in his new book, Just Giving: Why Philanthropy Is Failing Democracy and How It Can Do Better.

Problematically, says Reich, the current laws and policies that structure philanthropy tend to favor the interests of wealthy individuals over those in need.

Reich, a professor of political science and director of Stanford’s McCoy Family Center for Ethics in Society, talked to Stanford News Service about his research into the public policies that structure and shape philanthropy in American society today.

Melissa De Witte: Why are you concerned about the role of philanthropy today?

Rob Reich: In an age of massive and rising inequality, we also see rising levels of philanthropic activity among the very wealthy. The two go hand in hand.

This might seem an uncontroversially good thing, a mechanism for the wealthy to return some of their wealth to society. It can indeed be a good thing, but the starting point of my analysis is that big philanthropy is an exercise in power—the direction of the private assets of wealthy people toward some public influence. In a democratic society, wherever we see the exercise of power in a public setting, the response it deserves is not gratitude but scrutiny.

The public policies in the United States, and in many other countries, confer enormous privileges on philanthropists. Private foundations are largely unaccountable—no one can be unelected in a foundation, and there are no competitors to put them out of business. They are frequently nontransparent—more than 90 percent of the roughly 100,000 private foundations in the U.S. have no website. And they are donor-directed, and by default exist in perpetuity. Finally, it might seem that philanthropy is just the exercise of the liberty of people to give away their money. But philanthropy is generously tax subsidized, costing the U.S. Treasury more than $50 billion in forgone revenue last year. My book asks, do these policies orient philanthropy toward support of democratic institutions and the pursuit of justice? I argue that our policies fall very short. Too often philanthropy is not just giving.

MDW: There are plenty of people who would say philanthropy has positive effects in the world, such as relieving poverty, aiming to cure cancer, and expanding education, to name a few. What would you say to people who believe their charitable gifts are a good thing? 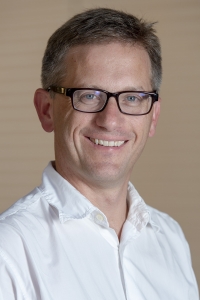 RR: Charitable gifts can indeed be a good thing. But even where charity might be praiseworthy, we need to focus on the moral and political dimensions of the charitable act. Take the recent announcement by Michael Bloomberg that he would donate $1.8 billion to Johns Hopkins to support need-blind admissions. Bloomberg’s donation is the largest donation of 2018, and he directed it to a cause that we all should endorse. Indeed his statement about the donation claimed that he wanted to forward the goal of need-blind admissions for all higher education. But to accomplish that would require changes in public policy, not just magnanimous gifts of philanthropists.

In other cases, philanthropy can be paternalistic. The history of charitable giving is littered with instances in which the good intentions of people are a mask for the judgmental approach to the position of people who are in need and about the things they should be doing differently to lift themselves out of poverty or disadvantage.

Philanthropy often comes with strings attached. This is what donor discretion allows. But giving without strings eliminates worrisome paternalism and can be especially effective. Some people—including economists here at Stanford and elsewhere—are championing unconditional cash transfers as a mechanism for improving people’s lives in which there are no strings attached to the transfer of money to people who are poor.

My point here is not to say charity is therefore to be rejected, but to recognize that it is not the unalloyed good thing that we sometimes believe it is.

MDW: You’ve argued that philanthropy has done little to help the problems it is trying to solve, like poverty and inequality. How so?

RR: Charity and justice are conceptually distinct. For me, justice represents the effort to provide a set of institutional arrangements to meet the basic needs of people, to ensure that people receive that to which they are entitled. And charity represents the effort to try and provide direct services to people. In that respect, charity is a good thing—it provides people things that they might deserve or need. But it doesn’t get at the root source of the problem. For example, is donating money or volunteering at the soup kitchen going to bring an end to hunger? The two are completely separate things. What’s appropriate for a soup kitchen is an aspiration to self-liquidation, to social conditions that render soup kitchens unnecessary.

MDW: You say that philanthropy is in tension with a liberal democracy. What do you mean, and what would need to change to make it support rather than subvert democracy?

RR: Our public policies need to change. My book is an attempt to provide a political theory of philanthropy, to examine not the individual act of a donor—did she give enough, did she choose the best cause—but to assess the social norms and laws that set the framework for all philanthropic acts.

For example, the charitable contributions deduction is enjoyed primarily by the wealthy, subsidizing the giving of rich people more highly than middle class and poor people.