Krista Tippett is the creator and host of the award-winning radio program and podcast On Being, which features a combination of scientists and spiritual leaders taking on today’s biggest and most pressing questions.

Tippett was a foreign correspondent for the New York Times and the BBC in Berlin in the 80’s before studying divinity at Yale and launching On Being for NPR. In 2014, the White House awarded her a National Humanities Medal for “thoughtfully delving into the mysteries of human existence.”

Her new book is called Becoming Wise: An Inquiry into the Mystery and Art of Living:

The question of what it means to be human is now inextricable from the question of who we are to each other. We have riches of knowledge and insight, of tools both tangible and spiritual, to rise to this calling. We watch our technologies becoming more intelligent, and speculate imaginatively about their potential to become conscious. All the while, we have it in us to become wise. Wisdom leavens intelligence, and ennobled consciousness, and advances evolution itself.

We talked with Tippett about her book and how scientific research can help us all understand the ancient roots of wisdom in an age of information.

Jenara Nerenberg: There are clearly boundaries and things scientists can’t always touch. But do you see progress in the scientific understanding of wisdom? 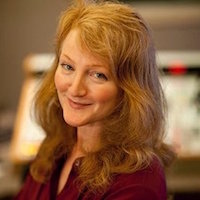 Krista Tippett: It’s a great advancement to simply take a concept like wisdom into the laboratory and study qualities that are in the ecosystem of wisdom, like empathy, mindful attention, implicit bias, generosity, gratitude, and forgiveness. And to me the big picture, the good news, is that we’re interrogating ourselves in our fullness, the fullness of our humanity.

So much of this is a young frontier. We’re just learning things about our brains and about our bodies that we never guessed before and the interaction between our physicality and emotions and what we could call spirit and consciousness, and so I really feel that the great advance is just that we got to this place.

KT: This is a kind of demoralized moment for theology, I’d say. It’s a confusing moment of flux for the established traditions where, until now, our investigation of things like awe and mystery and compassion have resided. I think of these traditions as these containers that have carried forward conversation and rituals across time and space.

In fact, compassion is now, I think, an urgent practical necessity in the 21st century globalized world. So, ironically, in this very moment the fruits of these traditions seem reasonable in a way—while the traditions themselves are struggling, just like every big institution, because the forms don’t work anymore. They don’t make sense. There is an evolution underway and it’s not clear where we’re headed.

But at the very same time, I think the scientific enterprise is in a renaissance. When I first started interviewing scientists 10 years ago for my program, many would at some point make this impassioned plea for seeing science as a human discipline, and they longed for the larger culture to see the value of the scientific enterprise and to celebrate it and enjoy it, in the way we enjoy music and literature. What many of them said is that people are able to enjoy music even if they couldn’t have written it and wouldn’t be able to read it.

In the last 5-10 years, I’ve seen this incredible cultural shift. Things like the Human Genome Project and the Hubble telescope, which brought amazing images of the galaxy into our living rooms, have contributed to our sense of awe. We’re morphing to this place where science and scientists and scientific ideas are much more celebrated at the heart of our lives together and everyone’s intrigued by them.

So there’s this exuberance and this delight that scientists have and this great hope and this real excitement at being heard and a real adventurousness in this discussion and in these studies—so in fact they are the really robust voices. And I feel like the theological voice is much more muted, culturally, which is very interesting to observe.

JN: Sounds like there’s been a lot of great work you’re excited about related to meaning and wisdom. Is there an area where you’d like to see more scientific exploration? 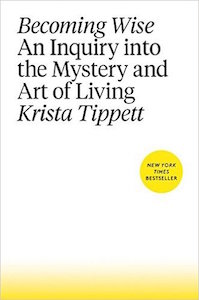 KT: I’m not sure the question of wisdom is really being taken head on. We come close to it, we move in the direction of it. But we know more—and explore more—about becoming intelligent and mindful.

To me the definition of wisdom is it’s not merely a possession or an action like intelligence or compassion. It is measured and experienced in terms of the effect a life has on the world.
It’s not just about intelligence and it’s not just about being smart. It’s about being discerning, it’s about figuring out what’s good for us, it’s about caring about what’s good for others, and those are all on the path of becoming wise.

I wrote a line in my book —“Wisdom leavens intelligence, and ennobles consciousness, and advances evolution itself”—but I didn’t know if it made sense from a scientific perspective. I called up an evolutionary biologist, David Sloan Wilson, and asked him, “Is it true?” He said, “Yes, wisdom advances evolution—but we have to make it true. It doesn’t automatically happen.”

So I think all these amazing research projects and all these scientists are moving in the direction of that question. But they’re not quite putting their arms around that question. They’re not quite using this knowledge that is a form of power—all these things we’re learning about ourselves—to in fact find new ways to flourish and to be invested in the flourishing of others. The optimal move in a human life is to not merely grow old, but also to grow wiser.

Beyond that, I’m so interested to see how the inquiry unfolds about what consciousness is. I think that field will potentially open up a whole new complicated and interestingly uncomfortable conversation between spiritual life and science.

JN: How do you think significant hardship is related to wisdom?

KT: You know, we have this weird American thing where we somehow decided that life wasn’t supposed to be hard. People in other places and at other times haven’t had that luxury.

Of course, it’s not all Americans, but the cultural narrative we’ve all assented to says that life is not supposed to be hard. The American dream is about everything always going up and up and up collectively—and that was never rooted in reality. It is still a devastating thing for a dream to die, and I think, collectively, in our generation that’s what’s happening and that human dynamic is behind a lot of the most disturbing things that are happening now.

Wisdom emerges through the raw materials of our lives—and a great puzzle about human life is this fact that things will go wrong. It is a promise. The things that we worry about are not the things that will go wrong. And when those things go wrong, we will suffer. At any given moment all kinds of people are suffering.

People who become wise are shaped by how they walk through that suffering. What happens to them, what goes wrong for them, and the growth that comes out of it—it becomes part of their wholeness on the other side. They take it in, they don’t deny it, they don’t avoid it; they let it be and they let it be part of their wholeness—and that’s something like compassion, a gentleness, a tenderness. As they go through the ordinary and profound suffering of human life, they let that be a bond, part of their gift to the world. They are present to the suffering of others in a new way—because of the way they have inhabited their own suffering.