While anyone can feel on-the-job burnout, those who work with people in distress are more at risk. People in helping occupations may also experience “compassion fatigue,” feeling less and less motivated and able to alleviate suffering. In those circumstances, they may begin to put up a wall between their and other people’s suffering. But is that the best choice?

A new study aimed to answer this question by looking at empathy, burnout, and compassion fatigue in police officers who work with rape and sexual assault survivors. 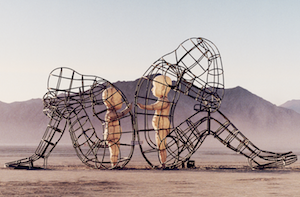 Want to learn more about burnout? Join us on April 29, 2017, for a day-long workshop on "The Science of Burnout: What Is It, Why It Happens, and How to Avoid It."

Their job is one that demands tremendous empathy. If survivors perceive the investigating officer to be empathic, they’re more likely “to continue with the prosecution process and go to court,” note study authors David Turgoose, Naomi Glover, Chris Barker, and Lucy Maddox of University College London. But officers can pay a cost for this work, experiencing secondary trauma that arises from listening to stories of sexual assault.

The study, published in the journal Traumatology, surveyed 142 British police officers in a special unit that works with survivors. The officers reported on their levels of compassion fatigue, burnout (emotional and psychological exhaustion), and secondary traumatic stress (PTSD-like symptoms).

The researchers also measured the officers’ overall empathy levels—so-called dispositional empathy—using a questionnaire that included statements such as, “I can tell when others are sad even when they do not say anything.”

The researchers found a significant association between empathy and burnout: Officers with higher dispositional empathy actually had lower levels of burnout.

“The findings provide tentative support for the idea that empathically engaging with victims might serve as a protective factor against burnout,” write the authors. One possible explanation for this finding is that empathy may make their work feel more meaningful—an idea that has been proposed in studies of physicians.

Further, the researchers did not find that more empathic officers had higher compassion fatigue or secondary trauma. These findings are a counterpoint to recent arguments against empathy—and previous work that found that highly empathic people may be more likely to experience compassion fatigue, and that compassion fatigue itself may reduce empathy towards others.

This seems like good news. However, the average participant in this study had not worked with survivors for very long—less than two years.

In fact, when the researchers accounted for time spent working in the special unit, they found that veterans scored higher in compassion fatigue, burnout, and secondary traumatic stress than newer recruits. They didn’t see the same pattern when comparing symptoms to years of general police experience. This finding suggests “something specifically related to working with rape victims increases compassion fatigue, secondary traumatic stress, and burnout over time,” the researchers conclude. If empathy actually reduces burnout, it could be very powerful for these officers and for survivors.

Importantly, the authors note that the design of their study did not allow for explicitly testing this causal relationship. Thus, it is possible that burnout somehow decreases empathy.

Future longitudinal studies are needed to definitively test whether empathy does indeed protect officers against burnout. Such studies could also determine how likely it is that officers who work with rape survivors for many years will eventually experience burnout, compassion fatigue, or secondary trauma.

As part of the study, the researchers also included a brief training program designed to educate officers about how to recognize signs of stress, burnout, and compassion fatigue, as well as various self-help strategies, such as social support, mindfulness, and relaxation techniques. Many participants found this training helpful—and some even indicated that they’d begun mindfulness practice on their own after the course.

As one officer said: “Glad to learn about compassion fatigue and realize I’m not weird.”