In 2008, Sallie Krawcheck was CEO of the Global Wealth Management division at Citigroup. Her company sold clients what Citigroup firmly believed were low-risk investments. After these investments unexpectedly lost most of their value in the market downturn, Krawcheck felt that Citigroup should offer its clients partial refunds.

Her position, at odds with that of her boss and the rest of the management team, led to a lengthy debate within the company that culminated in her dismissal.

In an NPR interview, Krawcheck recalled, “If you’d asked me at that point in time, ‘Sallie, did you get fired because you’re a woman?’ I would have said, ‘What, are you kidding me? Absolutely not.’” 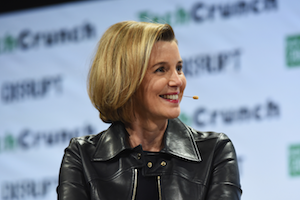 However, as time went on, her answer transitioned to, as she now says, “Well, maybe.”

Sallie Krawcheck’s experience is a high-profile example of what many businesswomen discover early in their careers—often as early as business school: Many of the underlying values and tactics of the business world, while in line with traditionally masculine values, are antithetical to the way women think.

The prevailing message to women in Western society is that if you want to succeed, act more like men. There is an assumption that success means being more aggressive, in control of emotions, and strategic and calculating in your decisions. Getting ahead often means doing whatever it takes, even if you’re acting unethically.

As researchers and teachers of negotiations and leadership with over 40 years of combined experience, we believe that this message is misguided. In fact, women bring unique strengths to the negotiating table—strengths that the prevailing masculine paradigm prevent us from seeing.

What kind of people do women want to be?

Negotiation science tells us that crafting “win-win” solutions requires good-faith negotiating that is characterized by courageous and accurate self-disclosures, curious questions, and optimal trade-offs between competing demands. These success-promoting actions are aided by a firm commitment to seeking mutually beneficial solutions; in other words, a moral perspective that values all parties’ interests and not just self-interest.

What does that have to do with women? Our research suggests that they are, quite simply, better at creating value through collaborative exchanges.

In a recent paper published in Organizational Behavior and Human Decision Processes, three studies examined how women and men would react to opportunities to act deceptively in exchange for financial gain.

In one study, participants read a negotiation scenario, which provided the possibility for negotiating deceptively. Specifically, participants were asked to imagine that they were selling their used car, which had a minor (missing fuel cap) and a larger (intermittent transmission) problem. Participants needed to decide whether they would reveal the problems to a potential Craigslist buyer.

Women reported greater commitment to negotiating “in good faith” and “in a completely honest and trustworthy manner” with the buyer, relative to men. Women were also less inclined to rationalize unethical behavior by endorsing statements such as, “If the buyer is as ignorant as a rock, it is ok to let them suffer the consequences,” or “People don’t mind being misled in used-car negotiations because it’s part of the game.”

These findings are consistent with a great deal of prior research that has found women to have higher, more steadfast ethical standards and to act more ethically than men in a variety of behavioral realms.

To understand why these gender differences might emerge, we considered the important psychological variable of identity.

Identity is an individual’s personal story about the kind of person he or she hopes to be. We looked specifically at moral identity, the tendency to conceptualize oneself in terms of moral traits such as fair, honest, generous, and kind. Analyzing data from 33 independent studies with over 19,000 people in aggregate, we found a moderate gender difference in moral identity that is on par with the average effect size uncovered in psychological research. Women identified with moral traits more strongly than did men.

Is Krawcheck’s story about gender—or is it simply about a difference of opinion about management philosophy?

Certainly, Krawcheck and others involved felt the latter at the time. In fact, while covering Krawcheck’s dismissal for the New York Times, journalist Geraldine Fabrikant noted:

In an era when the executive suite is still dominated by men, it’s tempting to attribute Ms. Krawcheck’s downfall to the ruthless vagaries of the glass ceiling. As it turns out, however, her departure from Citigroup was largely the result of an old-fashioned corporate bar brawl.

For starters, Krawcheck had approached the situation assuming that the ultimate goal was to obtain a fair resolution for both sides, as doing so was consistent with the Golden Rule and also more likely to bring return business. Also, she felt her company had a moral obligation to return some of the money its clients had invested with them in good faith.

Her male bosses felt differently: They were single-minded in their pursuit of the company’s profits, and their views prevailed. Krawcheck knew she wasn’t dismissed for being a woman but instead for thinking like one.

But doesn’t this example confirm that a moral perspective is a weakness rather than a strength?

It may be—but only in situations where women are in the minority. We contend that the key to transmuting the risk of a moral perspective is strength in numbers. Just like low-ranking female primates band together to temper dominant behaviors in males, women can be empowered by working together.

A perfect example of the power inherent to female coalitions occurred in the United States in the autumn of 2013. The U.S. government was in big trouble: Unable to work together to approve the budget, the Senate had thrown the country into crippling shutdown. Frustrated by the gridlock, Maine’s Republican senator, Susan Collins, designed a three-point plan toward compromise and quickly enlisted New Hampshire’s Kelly Ayotte and Alaska’s Lisa Murkowski, both also Republicans, to work out the plan. Democrats Barbara A. Mikulski of Maryland and Patty Murray of Washington soon joined the group, and even in the face of ideological differences and debates, they were able to work together to craft a compromise.

Senator Susan Collins told the New York Times, “Although we span the ideological spectrum, we are used to working together in a collaborative way.” Republican and Democratic senators alike acknowledged the role that women’s penchant for collaboration played in the eleventh-hour agreement that was finally reached. The Senate “lab test” demonstrates the very real power that women have to achieve results using a relational, moral, collaborative mindset.

Individually, women have the benefit of being more moral. Together, women have the power to positively influence a variety of societal situations, above and beyond the political. 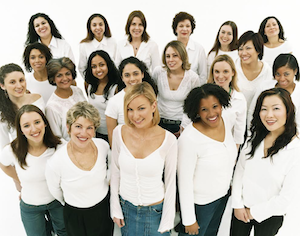 Where do gender differences in moral identity come from? Rather than reflecting fundamentally different essences, they are very likely a product of our environments, which can and do change.

While our meta-analytic evidence suggests the gender difference in moral identity is robust, we also find clear evidence that it fluctuates and sometimes even disappears entirely, depending on the situation. To this point, it is important to note that situational pressures can mitigate women’s ethical advantages.

For instance, in another study, we charged participants with negotiating with a new recruit. The new recruit cared about job stability, but unbeknownst to the recruit, the position could not offer this attribute and was not a genuine fit. Participants secretly knew that the job would be restructured in six months. The critical question was whether participants would lie to the new recruit in order to hire the person at a lower salary.

Unsurprisingly, given our other research, women were less likely than men to lie to the new recruit—but in this study, there was a twist: Given a financial incentive to lie, women did so just as often as men.

Feminist icon Gloria Steinem was once asked whether she felt women were mentally and psychologically prepared to step into top leadership positions in business and beyond, and she immediately responded, “I hope not.” Steinem then laughed and explained, “It’s not about integrating into a not-so-good system. It’s about transforming it and making it better. If women have to acquire all the characteristics of a corporate world, it’s probably not worth it.”

Taken together, our research reveals a powerful strength that women often bring to the table, one that could help us properly question the status quo. Our current world consistently values masculine attributes over feminine ones, and, by doing so, contributes to our collective detriment. Women’s morality has the potential to channel conversations in a more “ethically sustainable” direction. Through recognizing the values that women bring to the table, a new culture could be created—one where a woman doesn’t get fired for asking her colleagues to consider making an investment to preserve long-term relationships with clients who felt misled; she gets applauded!

Sallie Krawcheck now believes that the debate she instigated within her company was a healthy and productive one, supportive of a diversity of experience that Wall Street needs more than it needs another quantitative analyst with an Ivy League degree. Krawcheck subsequently held other high-powered positions on Wall Street and went on to purchase 85 Broads, a large and powerful women’s professional global networking group, which she rebranded the Ellevate Network. Recently, Ellevate launched an investment fund made up of companies exhibiting strong gender diversity: 31 percent of board seats and 24 percent of senior management positions at the fund’s 400 companies are held by women.

“There is something inherent in diversity of thinking, of experience and of background, and indeed of skin color and gender—there is something in that diversity that leads to innovation, better returns, lower risk,” says Krawcheck. These are qualities we need to claim not just for women, but for all of business, and for all of humanity.