Is morality something we’re born with, or something we learn? Psychologists have found that kids have a sense of fairness by the time they start pre-school, when they’re three or four years old. And within the past few years, a small but growing body of research indicates that kids have a moral compass while they’re just toddlers, suggesting that fairness might be innate. 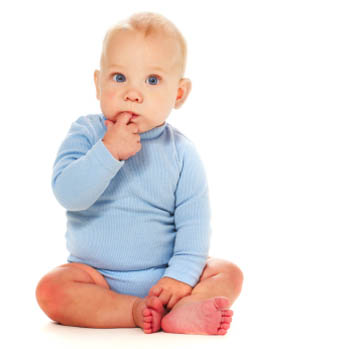 The researchers observed how long the kids would stare at the puppets afterwards. Prior research indicates that infants and toddlers will stare longer at a person or event that they find surprising or out of the ordinary.

In this experiment, the 19 month olds stared longer at the giraffes after seeing the unfair division of toys, suggesting that the sequence of events had violated their pre-existing expectation for fairness, prompting further scrutiny.

In a second experiment, the researchers had 21 month olds observe two human actors playing with toy blocks. An experimenter then entered the room, telling the two actors they’d receive a sticker if they put away their toys. In some cases, both actors cleaned up and both received a sticker upon the experimenter’s return—a fair condition. In other cases, however, one actor continued to play and never cleaned up, but still received a sticker—an unfair condition.

The toddlers stared longer at the unfair condition, suggesting that they not only have a basic sense of fairness but also an expectation that those who do work should be rewarded, while those who don’t help shouldn’t earn those rewards.

In a variation on this experiment, the experimenter didn’t first tell the actors they would receive a sticker for cleaning; he or she just gave out the stickers at the end, fairly or unfairly. Even in this version, the kids still looked longer at the actors after the rewards were unfair.

The researchers offer two possible explanations for their results: Either kids as young as 19 months old have a deep concern for fairness, perhaps one that’s “innate and universal,” or from observing the world around them, they’ve learned important social rules about how rewards should be distributed.

“Whichever possibility turns out to be correct,” they write, “the present findings indicate that infants in the second year of life already have rich and subtle expectations about how individuals should distribute resources and rewards to others.”