Americans seem to be less cooperative with each other these days. With political divisions tearing at our social fabric, it makes one wonder if we will ever engage in civil dialogue or work together to solve problems again. 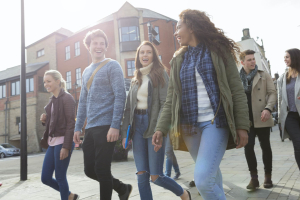 But there may be hope coming from research published recently in Psychological Bulletin. According to the study’s findings, young American adults are more apt to cooperate with total strangers now than they have been over the past 60 years.

Researchers gathered 511 experimental studies conducted between 1956 and 2017 that focused on cooperation in 18 to 28 year olds. In the studies, participants had played economics games that measured their willingness to cooperate with strangers (to mutual benefit) or to act selfishly (maximizing their own profit at the expense of others). The same games have been used extensively in research over the last 60 years, allowing comparisons to be made at different points in time.

Before analyzing the results, the researchers first considered societal factors that could have affected cooperation—such as the country’s GDP per capita, income inequality, unemployment, and urbanization. Then, they compared cooperation at different time points. After controlling for those factors, they found that people have become more willing to cooperate with strangers over time, not less.

This result was somewhat surprising but not totally unexpected to study coauthor Paul van Lange, a social psychologist at Vrije University in Amsterdam.

“I think there’s generally a strong belief that society has become more urban, achievement-oriented, and individualistic over time, and that this is affecting our willingness to cooperate with strangers,” he says. “But this study shows that, while societies may have become more individualistic, people have not.”

Some societal factors did seem to be associated with more cooperation, though. For example, as income inequality, societal wealth, urbanization, and the percentage of people living alone all rose, so did cooperation. But, says van Lange, these have all been increasing linearly over time in the United States and may not be driving the changes in individual cooperation.

Why might young Americans be more willing to cooperate these days? It’s possible that as urbanization has increased, and more people are living among other people they don’t know well, cooperation with strangers has become more necessary for our social survival. As van Lange explains, cooperating is generally a successful way to build relationships.

“Whether you live in cities or small towns or even in different countries, it often pays off to be a little bit more cooperative when approaching others,” he says. “So, it makes sense for people to take a prosocial stance to one another.”

However, we shouldn’t necessarily conclude cooperation is increasing in the U.S. from this one analysis alone—after all, the study focused on a narrow population (young adults, mostly university students). Though this was necessary for making consistent comparisons over time, the findings may not generalize to Americans overall.

On the other hand, says van Lange, experiments may be more reliable than surveys when it comes to measuring actual selfish versus cooperative behavior in the real world.

“If you want to know more about whether people are selfish or not, you’re not going to ask them, ‘Are you selfish?’” he says. “The economic games provide a really nice, structured tool for realistically seeing if someone promotes their own self-interest or serves the collective interest.”

At least, van Lange adds, we shouldn’t accept the myth that people are only self-interested. There are many motivations that drive people in life, and his results suggest people may be more willing to cooperate than we think—which is a good thing. And the fact that the experiments focused on young people means, perhaps, that we have reason to be hopeful about the next generation.