Humans have a long history of cooperating together, which has helped us survive and thrive for hundreds of thousands of years in places around the world. But we don’t always cooperate well, even when doing so could help us overcome a worldwide pandemic or solve our climate crisis. The question is why?

In Nichola Raihani’s new book, The Social Instinct: How Cooperation Shaped the World, we find some answers to this question. Raihani, a professor of evolution and behavior at University College London, provides an in-depth treatise on how cooperation evolved, noting its benefits as well as its downsides in human and non-human social groups. By taking a deeper dive into what it means to cooperate, she hopes to illuminate how cooperation can help us solve collective problems, while encouraging some humility in us along the way.

Greater Good spoke to Raihani about her book. Below is an edited version of our conversation.

Jill Suttie: What is special about human cooperation, compared to other animals? 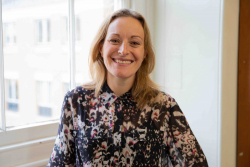 Nichola Raihani: Outside of humans, the vast majority of cooperation occurs within the confines of family groups. And there’s a good evolutionary reason for that: Cooperation is favored when individuals share copies of the same genes, as it helps those genes find their way into subsequent generations. We humans are also a familial species—we live in stable family groups and cooperate extensively within those groups. What sets humans apart is the scale and frequency with which we cooperate with people that are non-relatives, even strangers.

For humans, it’s this flexibility in cooperating in a wide variety of contexts with lots of different people that’s more unusual than what we see in other species. It’s that propensity and willingness to branch out, to offer help and assistance to individuals that we’re not related to.

JS: Are there downsides to cooperation as well as benefits?

NR: At heart, cooperation is a strategy that has evolved because it helps genes improve their position in the world. So, you can understand cooperation in some respects as a form of competition. It’s a way for our genes to gain a relative advantage, even if we don’t consciously think of it like this. That’s why cooperative strategies can be selected for.

As a corollary of that insight, cooperation can often have victims. We see this at all levels of life. For example, there are cases where cells inside our body cooperate with one another to our detriment, like when cancer cells cooperate inside our bodies to evade our defense mechanisms and hijack our nutrient delivery systems.

If we think about society as a whole, we can think of nepotism, corruption, and bribery—not normally words that bring cooperation to mind, yet all describe some form of cooperation. Nepotism is helping a family member; corruption is forming a collaboration with another individual that, nevertheless, has a cost to society. So, global or societal cooperation is always under threat from more local cooperation, which affects our collective welfare. The big challenge for us is to find ways to cooperate to generate larger societal benefits and not just local benefits.

JS: What protects society from those types of negative cooperation?

NR: One thing humans have done very effectively is to scale up cooperation from hyper-local, small-scale family units to large-scale societies through devising effective institutions and norms to incentivize people to cooperate when they might otherwise be tempted to cheat or to “free ride.” For example, institutionalized forms of punishment, like the police, help to coordinate a more cooperative equilibrium.

Another thing is that people are unusual in that we’re very concerned with how we appear to others. We often behave more cooperatively when we believe that we might be observed and when our reputation is at stake. If we run experimental studies, we find that if you give people the choice of who they would like to interact with in a risky resource game, people typically prefer to interact with people they’ve observed being cooperative rather than uncooperative. And, when we look in the real world, we find that in many contemporary foraging societies, where individuals hunt for meat that will be brought back to the camp and shared with everybody, it’s often the most generous hunters that occupy a central social position and are able to leverage social capital themselves if they ever fall into a time of need.

So, one big thing in our toolkit that we could leverage is that we care how we appear to others, and we can use this to encourage more prosocial behavior. I’m working on a project now to see whether it’s better to invest in a neighborhood climate initiative or a global climate initiative to fight climate change. Is it better for people to do prosocial deeds locally, because they’re gaining reputation benefits by acting prosocially? We don’t have the answer yet, but it would be good to find out.

JS: Do you think expanding our circle of care is a way of increasing cooperation? 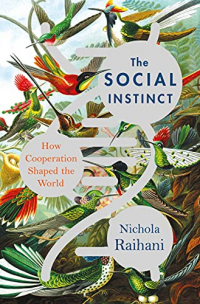 NR: Expanding our circle of moral concern is sensitive to people’s own perception of material security. When people perceive that their basic needs are either unlikely to be met or they’re in doubt, you tend to see a constriction of those circles of moral regard, and people invest more heavily in a much smaller number of highly interdependent relationships.

It’s only when the state provides material security to some extent that people can afford to expand their social networks a bit, because they’re not so reliant on highly interdependent interaction partners to meet their basic needs. In that respect, the state or government has a role to play in extending people’s circle of moral regard and their willingness to cooperate.

JS: Are you optimistic about us being able to cooperate to solve big world problems?

NR: I feel we definitely can; it’s not out of the realm of possibility. But having watched how the response to the pandemic has played out so far emphasizes that it won’t be easy.

If you think about it, there are many features of the pandemic that should make it way easier to effectively cooperate. There’s no ambiguity about it being an active disease; most people would like to avoid catching it. The economic incentives to tackle it are aligned with mitigation strategies, so if we managed to solve the pandemic crisis, the economy would recover. And the pandemic isn’t some future generation’s problem; it’s all of our problem, here and now. So, compared to the climate crisis, a pandemic should be much easier to focus people’s minds on and get them to organize around collective solutions.

So, when you think about climate change, even though it’s increasingly a here-and-now issue, it’s still something we don’t treat as a collective problem. The economic costs of climate action are perceived by many to be greater than the costs of organizing collective action. And, since not all countries will experience the cost of climate change in the same way or to the same extent, there is a disparity of concern around climate change that makes it difficult to tackle it.

Having said all that, I think there is still room for optimism. The pandemic has shown us that the vast majority of people are willing to accept massive constraints on their lifestyle to help produce a collective outcome that we all desire. It has also shown us how quickly some of the tipping points in behavior can be achieved, when the situation demands it. Over the course of six months, a vast proportion of the country’s workforce has transitioned to remote working—a behavioral shift that, under normal circumstances, might have taken a decade.

We now need to find those similar tipping points in our response to the climate crisis, and we are starting to see signs that they might appear. To give just one example, the proportion of renewable energy that was cheaper than fossil fuels doubled in 2020, and 62% of renewable energy options were cheaper than fossil fuels. This aligning of economic and ecological incentives helps to reveal the path we might take to tackling the climate crisis. And, although it sounds a little perverse, the fact that rich Western countries are increasingly experiencing the negative impacts of climate change themselves might also help to focus the minds of leaders to take action.

JS: What do you hope readers will take away from your book?

“The history of life on earth is a history of teamwork, of collective action, and of cooperation.”

NR: I think there is a pervasive form of zero-sum thinking that holds that we should look out for number one, and that helping others or being kind is a mug’s game where you somehow lose out by doing so. But this is completely untrue. The history of life on earth is a history of teamwork, of collective action, and of cooperation. Cooperation pays because being part of a team is better than going it alone. Cooperation has been and still is the route to our species’ success.